Sergio Perez says his Zandvoort Q1 exit is “really hard to digest” after a few factors combined to leave him 16th in Formula 1 qualifying for the Dutch Grand Prix.

Perez was the first driver to take the chequered flag in Q1, initially going eighth, but significant track evolution meant he was shuffled down to 16th and eliminated in the opening stage of qualifying.

It marked a major setback for Perez and Red Bull. Overtaking is set to be difficult at Zandvoort on Sunday due to the track layout, and polesitter Max Verstappen is left alone at the front against the two Mercedes cars without the support of his teammate.

Perez explained after qualifying that a combination of misjudging the likely cut-off time, the track evolution and traffic ahead of his final lap led to "a bit of a mess".

"We didn't manage to complete the lap, I think we missed out by 1.5 seconds, or something like that," Perez said.

"It's extremely frustrating, because we definitely had the pace today to lock the front row. I think I was progressing well, I was feeling more comfortable as the run was progressing.

"Tomorrow is going to be a very hard one, but I look forward to try and score something, minimise the damage tomorrow."

Perez said the processes with his engineers to keep him updated on the on-track scenario would be "something I'd like to discuss internally", and that he wouldn't put blame on anyone for the Q1 drop-out.

"I think we are all to blame for [it]," Perez said. "That's how we approach, and that's why we are a strong team."

It marked the second weekend in a row where Perez has failed to qualify near the front of the field, having slumped to seventh place in wet conditions at Spa last week.

"Obviously we are a new group of people in the team, so we're just getting on top of things," Perez said.

"I think Belgium and here were two examples that things we could have done better, and we're just learning, and I think with time, making sure that we learn from our mistakes. It's how we will get stronger as a team.

"It hurts, it hurts really badly. Really, really hard to digest, this one, knowing the level of car that we have underneath us.

"There's nothing I can do now. I am certain we will learn from it, and just move on." 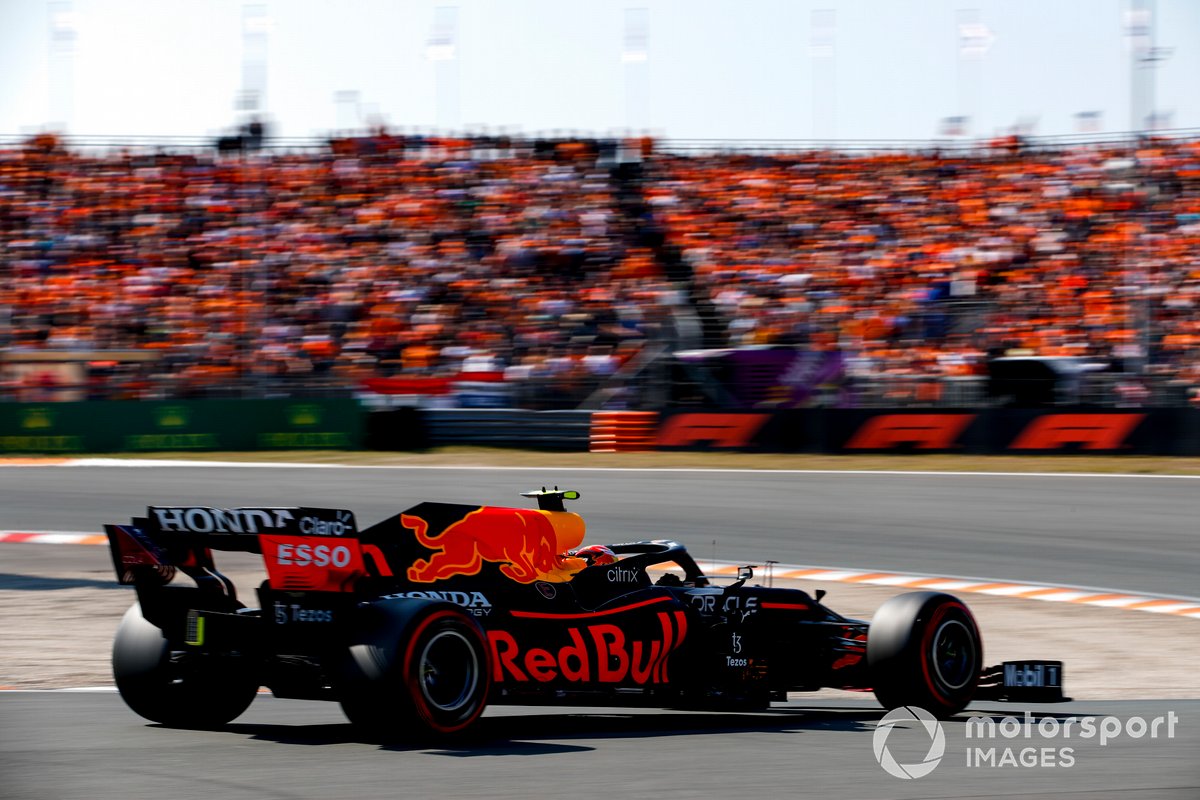 Perez revealed that Red Bull was considering taking a grid penalty to gain an additional engine after losing one in his Hungary crash, meaning a grid drop was inevitable at some point this year.

With overtaking coming at a premium from 16th on the grid, it would appear to be a sensible place for the team to take the additional engine and trigger a penalty.

"We are thinking about it," Perez said. "We will consider all the possibilities."