By:
Luke Smith
Co-author:
Norman Fischer
Listen to this article

Mazepin was passed by Schumacher as both drivers came to prepare for their final laps in Q1 at Zandvoort, bunching up near the final corner.

Aston Martin's Sebastian Vettel was completing a flying lap as he approached the Haas cars, and was forced to back out, resulting in the stewards investigating the incident.

The FIA ultimately took no action, saying that while Vettel was impeded, there were six cars at the final corner going slowly, meaning it was not "unnecessary impeding" as written in the regulations.

Schumacher and Mazepin qualified 19th and 20th, respectively, but Mazepin was left angry after qualifying that Schumacher had overtaken him, saying the German driver ruined his lap on purpose.

"I'm really annoyed, to be honest, because it should have not been that difficult with traffic," Mazepin said.

"Now this has happened to me the second time when my teammate overtakes me and then bumps me into the traffic, and then f**** my last attempt in qualifying on purpose.

"So I'm not happy because if you do it once, and you didn't know about it, that's fine, but when you keep doing it twice, that's deliberate. 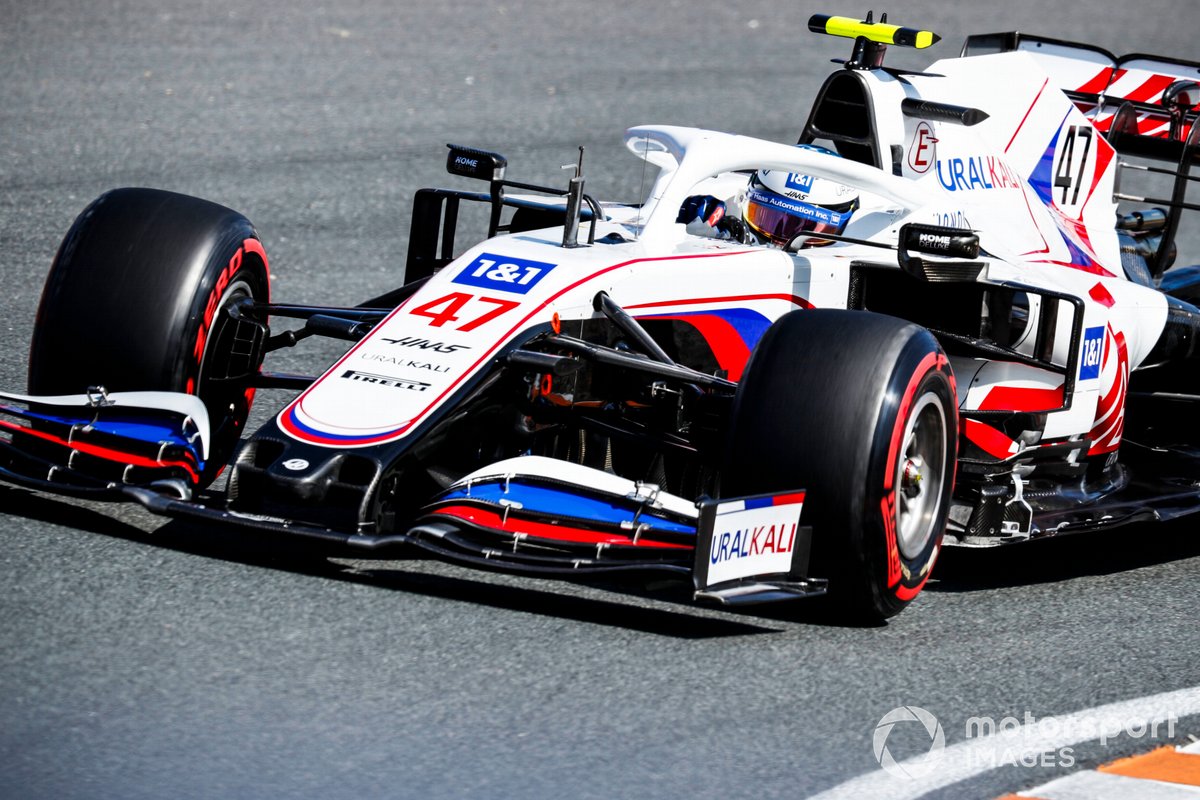 Asked if he had spoken to the team about it, Mazepin said: "I already told the team what I think and I agree, but I don't know what the other party says."

But Schumacher claimed after the session that he had asked Haas over team radio if he was allowed to pass Mazepin, and had been given the go ahead to.

Speaking to Sky Germany about Mazepin's comments, Schumacher said: "I don't quite know what he's talking about.

"I don't know if his crew put it through to him, but I asked if I could overtake him because my tyres were quite cold and he usually does a lap slower than mine.

"I got the OK and accordingly passed him early enough and then also had Lando [Norris] between us.

"So there was no reason to make a drama out of it, because his lap wasn't ruined because of that.

"I believe that we will discuss this internally with the team and Gunther will then also comment on it. But from my side, I don't think we did anything wrong."