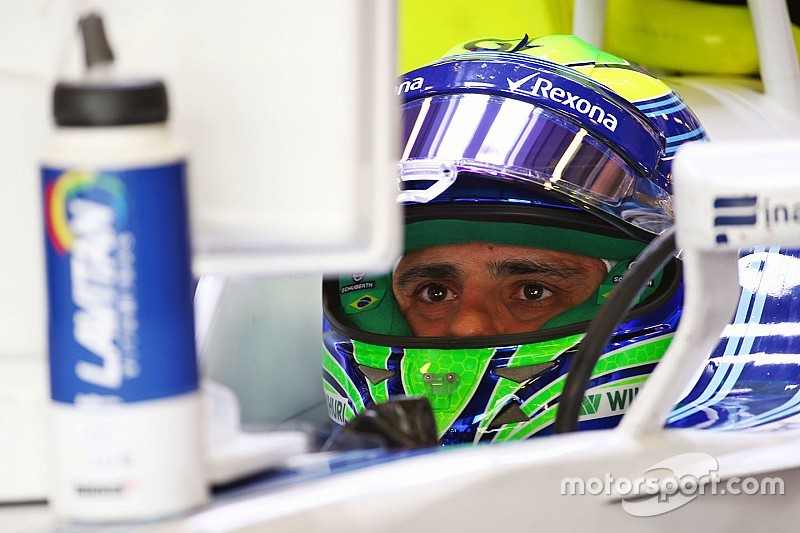 With Valtteri Bottas poised for a Mercedes seat in 2017, the way looks clear for Felipe Massa to have one more season in Formula 1. But Valentin Khorounzhiy thinks this highlights a wider problem for the sport.

Last month, Felipe Massa had signed off on an illustrious Formula 1 career with an emotional final home race and a fighting farewell in Abu Dhabi. Even putting aside his landmark 2008 season, Massa had been good enough, for long enough, for F1 to feel different when he leaves.

We might have to wait another year to see how different. With Williams looking increasingly likely to allow Valtteri Bottas to replace Nico Rosberg at Mercedes, deputy principal Claire Williams has all but admitted that the team regards Felipe Massa as its preferred back-up option.

Massa himself is popular, but his possible return may not be. Not with current drivers who are out of contract for 2017 but are nowhere near retirement age. Not with drivers who got a few solid years at the back or even in the middle of the grid, but didn't sparkle enough to move up and have had to curtail their F1 dream.

And certainly not with top GP2 drivers who have battled for supremacy in F1's chief feeder series, only to find that all the F1 doors are closed – and those that are opening aren't opening for them.

Leading Formula 1 teams have been frustratingly conservative when it comes to driver line-up selections – and the handing out of contract extensions – over the past few years, Red Bull in 2016 a notable exception.

In the current situation triggered by Nico Rosberg's shock exit, however, the solution that currently looks likeliest does make a lot of sense.

Mercedes chief Toto Wolff said from the beginning his team wasn't looking to create contract dramas and, while Bottas is under contract, there is a clear enough path to acquiring the Finn.

Bottas himself has done enough to be up there in the queue for top seats – he decisively outperformed Massa in their three years together at Williams, capping off the stint with a field-best 17-4 score in qualifying trim in 2016.

Williams surely doesn't want to give up Bottas and tech chief Pat Symonds made it pretty clear that the Finn was crucial to the Grove-based team's 2017 plans. But can Williams play hardball with its engine supplier and risk frustrating Bottas by denying him a golden opportunity? Probably not.

And that leaves it with an understandable need of placing an experienced driver alongside 18-year-old newcomer Lance Stroll. The reasons outlined by Symonds for keeping Bottas – the importance of continuity and the need to be best-prepared for the incoming 2017 change – can almost certainly double as the reasons for bringing back Massa.

As for the Brazilian himself, he could still decide against pursuing a return – but he certainly doesn't have to.

Massa acknowledges that, back in 2006, his Ferrari career could've been over if Michael Schumacher didn't decide to retire (for the first time), but that doesn't mean he should view it as a template for his current situation, especially if he believes he can still add to his F1 legacy.

All of that will come as little consolation to the young drivers whose window of opportunity now seems as small as ever. Of the 18 drivers who will definitely be on the F1 grid next year, only one is a genuine rookie – Stroll.

Stoffel Vandoorne, in fairness, should also be counted, despite his Bahrain GP one-off, but that the driver who wiped the floor with his opponents GP2 in 2015 had to take a gap year before his first full F1 season is endemic of the problem.

Nobody shined anywhere near as brightly as Vandoorne in GP2's class of 2016, but it was a solid enough field, and that it's currently on pace to produce zero F1 drivers for 2017 – pending any late developments for Antonio Giovinazzi or Jordan King – is unfortunate.

Recently, Jacques Villeneuve said teenagers debuting in F1 was "the wrong image to give", adding: "It has to be hard to achieve, to get there, but it's not." That viewpoint is far from his alone, and is part of a common understanding that modern F1 is too easy, shared not just by occasional internet commenters, but by several key figures in the sport.

And yet experience continues to be such a valued commodity.

Mercedes has set its sights on Bottas, despite the fact it has two contracted drivers it could place alongside Lewis Hamilton instead, with much less hassle and expenditure.

And Williams might end up bringing a driver out of retirement to make sure it doesn't get short-changed on experience, despite having alternatives that are cheaper and have more potential.

Maybe F1 is difficult enough after all. Or maybe it's difficult in some areas, while remaining far too easy in others.

It doesn't take much in the way of analysis to see that F1 is struggling with turnover, both in terms of rookies getting opportunities and in terms of drivers moving up and down the grid on merit.

The buzz and speculation about Rosberg's replacement ever since he shocked the F1 world with his decision suggests F1 fans are clamouring for some variety at the front of the field.

Massa returning to Williams for 2017 would represent a stay of execution for one of the sport's most popular personalities, but variety - "the spice of life" - it is not.