McLaren ended a lengthy victory drought at Formula 1’s Italian Grand Prix, with Daniel Ricciardo and Lando Norris making brilliant use of their cars' strengths to bring home a 1-2.

Key to being able to stave off the threat from its Red Bull and Mercedes rivals was some impressive straightline speed performance in the race.

It meant that efforts of Lewis Hamilton and Max Verstappen to get around the Papaya Orange cars proved ultimately fruitless as they could never get close enough by the braking zones.

The foundations for that straightline speed advantage was the way that McLaren set up its already aerodynamically efficient car for the low downforce Monza circuit.

For however much its pace was helped by the Mercedes power unit, top speed was boosted by a Monza specific low downforce arrangement.

McLaren had utilized a spoon-shaped design for it low/mid downforce configuration at Baku and Silverstone, as well as a lower downforce design used at Spa.

This was trimmed out even further for Monza and followed a more conventional route.

As expected, the Monza-spec rear wing featured a much shallower angle of attack than the Spa configuration (inset, left), whilst the trailing edge of the top flap was also trimmed down so it sat inside the maximum tolerance permitted (inset, top right).

The Gurney flap found on the trailing edge of the top flap was also discarded in an effort to reduce drag further still. 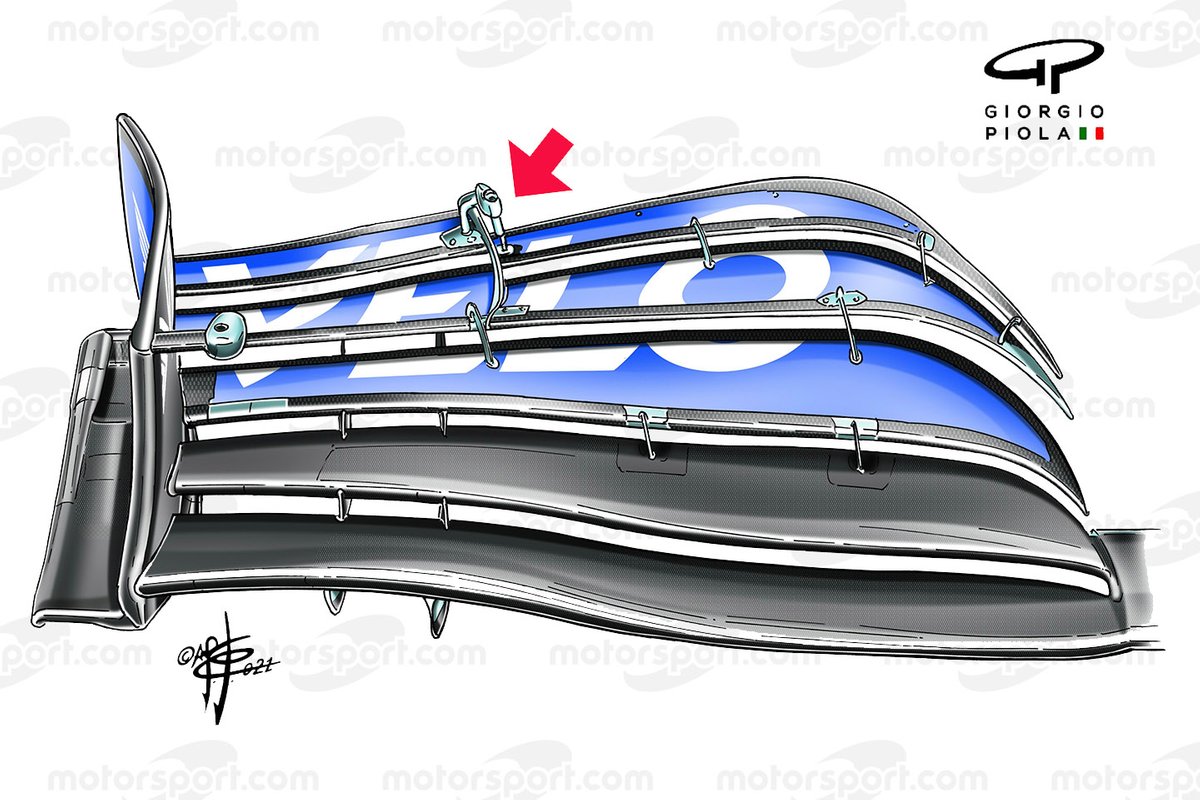 It’s a similar story at the front of the car too, as the team trimmed the front wing flap back quite significantly on the inboard end of the wing. This was in order to reduce the downforce being generated and help deliver a better aero balance front-to-rear.

The adjuster signals the point where the static outboard section of the wing ends and the moveable flapped section begins, and highlights the trend that F1 teams have followed for some years now.

The designers take this approach in order to compartmentalise the wing so that it provides the necessary downforce, whilst also creating sufficient outwash to reduce the impact that turbulence created by tyres has on the car downstream.

Having FP2 under F1's sprint format "makes no sense" - Todt

Italian GP: Latest F1 technical images from the pits and on track