FIA race director Michael Masi doesn't believe the sausage kerbs at Monza's first chicane require any changes in the wake of the clash between Lewis Hamilton and Max Verstappen at the Italian Grand Prix Formula 1.

Hamilton and Verstappen collided halfway through Sunday's race, with Verstappen running out of room to pass Hamilton into the first chicane and running over the sausage kerbs.

That impact launched the Red Bull driver into the air as he landed on top of Hamilton, his rear wheel hitting the Mercedes driver's helmet.

While Hamilton praised the halo device for saving him from serious injury, questions were asked about whether the placement of Monza's sausage kerbs needs to be revisited.

While they serve their purpose as a deterrent which stops drivers from cutting the corner, they can also act as launch pads in the case of an accident.

FIA race director Masi believes the kerbs at the first chicane worked as intended, and that it is up to the driver to make a decision on whether to persist with an overtake and risk clipping them or play it safe and take avoiding action through the run-off area.

"In that situation I think the sausage kerb works quite well in that particular corner," Masi said when asked whether Monza's sausage kerbs need to be looked at.

"It was a driver's choice. You can drive into a kerb or go to the left of it, which we saw numerous times that that happened over the course of the weekend.

"A number of people in similar situations chose to go to the left through those little bumps and rejoin." 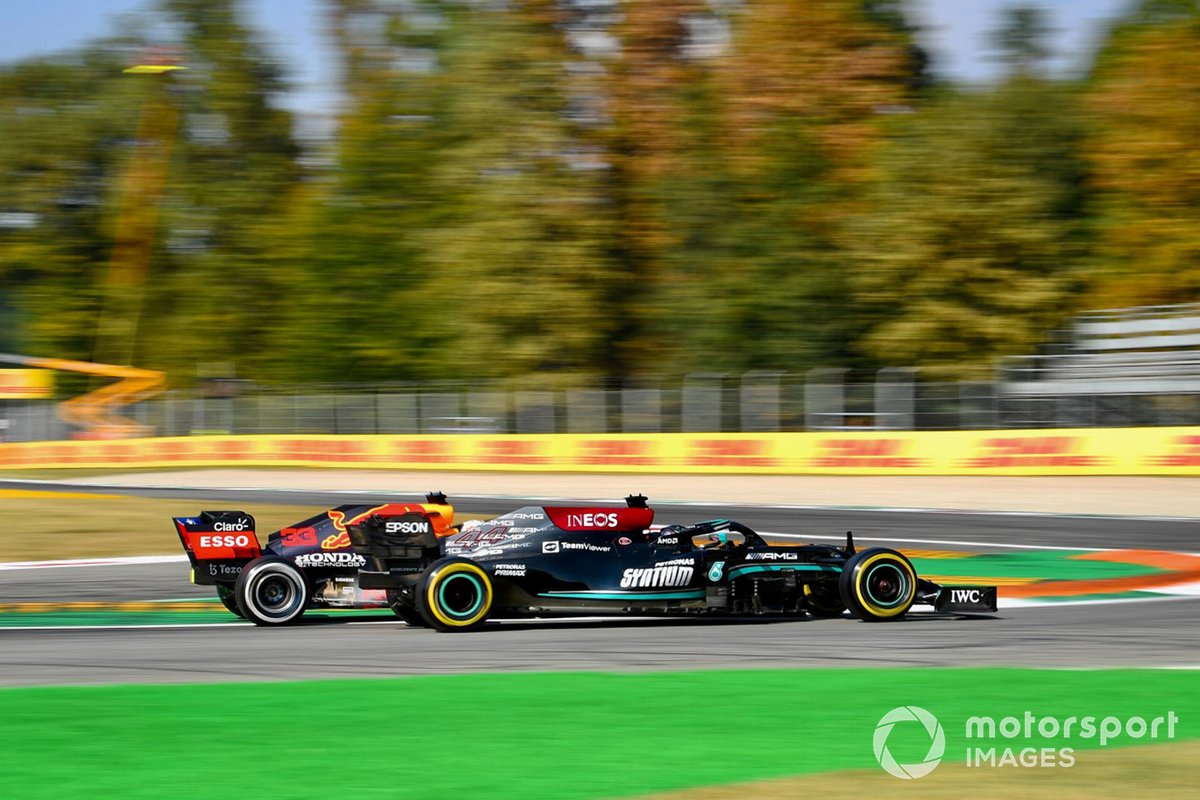 Verstappen was deemed proportionally to blame for the incident and received a three-place grid penalty for next race in Sochi.

Masi explained that because both cars were eliminated on the spot, the incident was investigated after the finish.

Otherwise Verstappen would have received a time penalty, much like Hamilton was hit with a 10-second penalty in Silverstone after their previous run-in.

"I think one of the things that we've generally agreed amongst the teams is that a five-second or a 10-second penalty, give or take, is there or thereabouts between the two of them," he said.

"You need to look at it on the basis of if they had continued, it would have been a time penalty in the race. However, they didn't.

"In Silverstone, you can't compare them at all, you've got two cars taken out in one incident, versus one car taken out in another incident.

"They could not continue to serve the penalty, so a grid penalty, as we've agreed with all of the teams, is applied for when someone doesn't continue."