Charles Leclerc does not want to rely on team orders from Ferrari to help his bid for the Formula 1 championship despite Red Bull making its intentions “clear”.

Leclerc lost the lead of the F1 drivers’ championship for the first time this season in Spain after a power unit failure forced him to retire, allowing Max Verstappen to score his third win in a row.

Verstappen’s Red Bull teammate, Sergio Perez, was asked twice in the race to move aside for the sister RB18, including in the closing stages when Verstappen caught up with him for the lead on fresher tyres.

Perez said over the radio that it was “very unfair” to give the place up to Verstappen, but later acknowledged they were running different races on vastly different strategies.

It reopened the debate over team orders in F1 and whether both teams fighting for the championship need to put their efforts behind one driver sooner rather than later to avoid losing ground in the title race.

Had Verstappen finished second behind Perez, he would have arrived in Monaco still trailing Leclerc in the standings.

Leclerc was uneasy about the prospect of Ferrari using team orders, saying he would “definitely not be the one taking those type of decisions”, and that he hoped any championship challenge would not need to rely on team orders concerning teammate Carlos Sainz.

“Red Bull made it clear what are their intentions, and they did it very early in the season,” Leclerc said. “But concerning us. I don't know.

“I haven't spoken about it with Mattia [Binotto, Ferrari team principal] and I haven't heard about anything of this for now.

“But again, I think Carlos is just a matter of time before he gets with us and that he gets more at ease with the car. So I don't know.

“But I don't want to rely on that either. I just want to do the job in the car. And if we are strong enough, we have already shown that we can win races anyway.

“If we do a strong enough job, then I'm pretty sure that the chances are there anyway.” 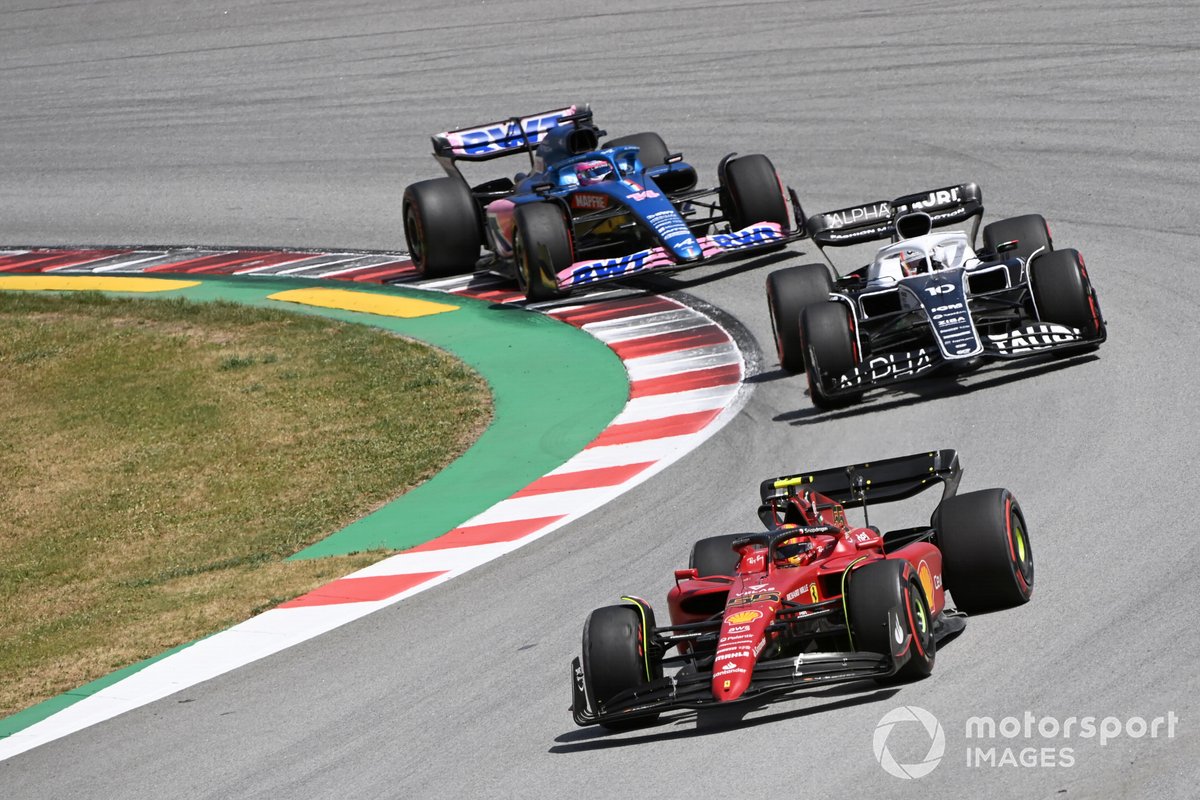 Across the Ferrari garage, Sainz has struggled to match Leclerc’s form through the early part of the season. The Spaniard retired in both Australia and Emilia Romagna, and could only finish fourth in Spain after an early spin into the gravel dropped him down the order. He sits 39 points behind Leclerc in the championship.

But Leclerc had zero concerns about Sainz’s form and the support he may be able to offer in the title fight, tipping his teammate to bounce back “very, very quickly”.

“He's a very, very strong driver,” Leclerc said. “He’s been struggling maybe a little bit more to adapt to this car, and it fitted features of my driving style a little bit better maybe at the beginning.

“So I’m pretty sure Carlos will be will be in the fight too very, very soon. At the end, it's up to me also to do the right job and to bring Ferrari on top anyway.”

Hamilton: Too much time, energy wasted on F1 jewellery debate