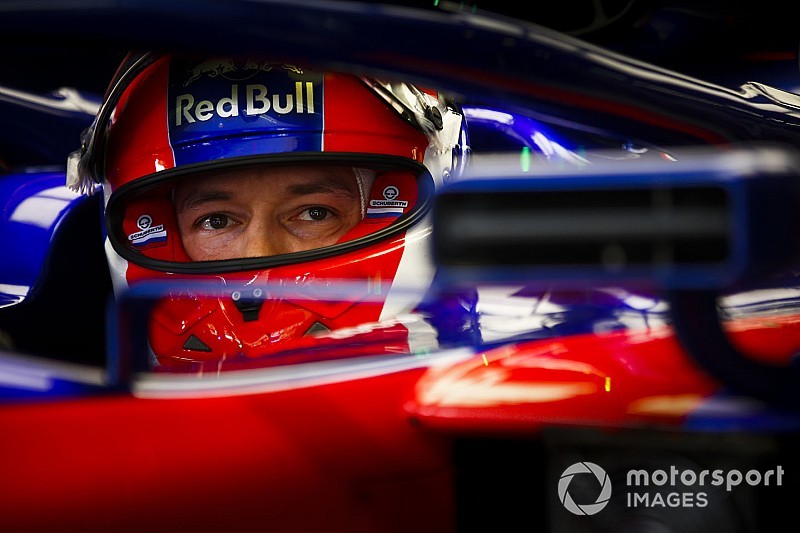 Daniil Kvyat believes the Chinese Grand Prix Formula 1 stewards accepted they were too harsh with his punishment for colliding with McLaren drivers Carlos Sainz and Lando Norris.

Toro Rosso racer Kvyat was given a drive-through penalty and two penalty points on his licence for the opening lap incident at Shanghai.

Both Kvyat and Norris eventually retired, while Sainz recovered to 14th.

"This was, I think, a normal lap one incident - one car coming from off the track, and one car being sandwiched, and me leaving space enough for one car certainly," Kvyat said.

"The other car basically caused the chain reaction, which was the car behind me, and then it was just a normal chain reaction, so I didn't see how that incident deserved a drive-through penalty, that's for sure."

He said he had discussed it with the stewards panel, on which ex-F1 racer Derek Warwick was the driver representative on this incident, and came away feeling they now doubted their decision.

"I think we found a good understanding, but we disagree on few things, and it was a very long meeting," said Kvyat. "I think they kind of understand that they were quite harsh today, I could feel it in the post-race conversation."

The stewards' statement announcing the penalty during the race pinned the blame solely on Kvyat.

"The stewards reviewed video evidence and concluded that the driver of car #26, (Daniil Kvyat), lost control of his car at the exit of Turn 6 and hit the cars to his left," it read. "He did this on his own and the stewards determined that he was wholly at fault, causing the collision."

Sainz had suggested Kvyat was at fault for lacking "patience" on the opening lap, while Norris described himself as "kind of the innocent one" in the incident. Kvyat declined to expand on his conversation with the stewards.

"I don't want to go in details, because I think we closed behind closed doors," he added. "So I think we want to respect this agreement. But I think the incident was a very basic first-lap sandwich and misunderstanding.

"It was three cars in one corner exit. It was a chain reaction, an incident, and I got hit - that's what I felt, that I got hit from behind, that's all I felt really. So for me it was pretty clear."

Wolff had "quite a laugh" over reports of Verstappen talks