Williams has no "clear solution" to car differences 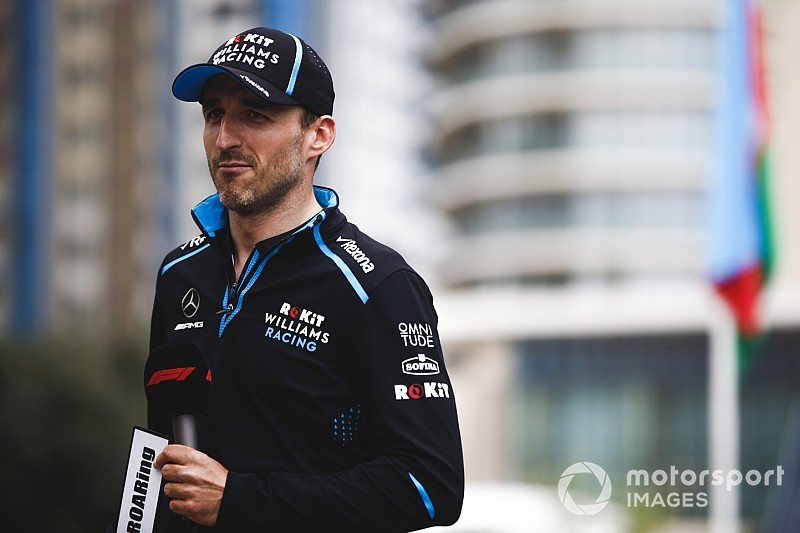 Robert Kubica says Williams does not yet have a "clear solution" to the differences between his and teammate George Russell's cars this year.

Despite having run similar or identical set-ups to Russell, Kubica has felt his car has a different aerodynamic behaviour to that of his British teammate.

The Pole saw some signs of encouragement after Friday practice in China, but struggled again on Sunday, saying he has had "no race pace" since his return to F1.

Kubica said his team has been working on finding answers to his problems, but admitted ahead of the Azerbaijan Grand Prix that no solution has been found yet.

"I don't know exactly how we are going to, let's say, approach this week, but I would say from what I know people have been working on it and trying to understand, but I think for now we don't have a clear solution," Kubica said in Baku.

Asked by Motorsport.com if he had experienced something like this where the two cars respond so differently, he said: "No. Unless there was a problem. In this particular case, no."

Williams scored a podium finish at Baku in 2017 and has been quite strong at the circuit in its previous two visits.

Despite the nature of the track having produced some surprising results in the past, Kubica believes Williams is too uncompetitive to think that its first points of the season are possible this weekend.

"Baku showed that everything is possible, but I think we are too far off from the pack to think about it," he said. "Of course in the past editions, especially two years ago, a lot of things happened during the race and some cars finished in the front, but we will have to see.

"First of all, this is a new track for me so I'm not thinking too much about the race. I'm thinking about approaching the weekend in the right way and try to get a good feeling straight away on a street circuit."

Baku will offer Kubica the chance to race on an F1 street circuit for the first time since 2010, and the Pole says his preparations have been somewhat hindered by Williams' simulator not having an updated version of the circuit.

"It's a brand new track for me. I did a couple of laps on the simulator but unfortunately our track in the simulator is not representative to what is reality, so it will be kind of my first approach tomorrow," he said.

"I would expect a higher level of alert in the beginning of the session, which is normal especially when are you on a street circuit for the first time.

"It has always been a special feeling driving in the past near the walls. It's a bit different driving."