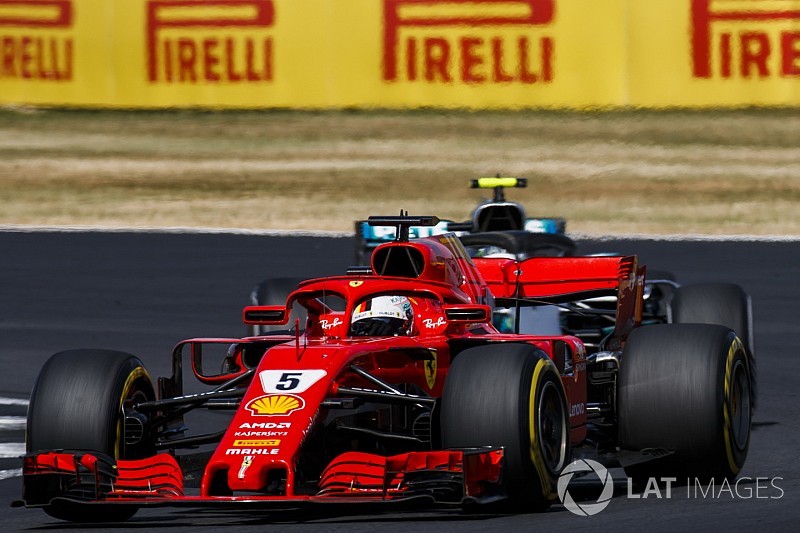 There were many factors in Sebastian Vettel's British GP win: first-lap tangles, safety cars, strategies and last-gasp passing. But the most important element was that the updated Ferrari was simply quick enough to win at a Mercedes stronghold.

Silverstone is Silver Arrows territory. Or at least, it was until Sunday's British Grand Prix. Sebastian Vettel's victory came at a track where Ferrari was at its worst in 2016 and '17, with the team's pace transformed by a floor upgrade that led home hero Lewis Hamilton to quip after qualifying that "they've added at least three-tenths to the car".

The higher-than-usual temperatures also played their part, and it was no coincidence that Hamilton and Mercedes were at their best in the coolest session on Friday morning. But what is unquestionable is that the Mercedes team, while not foolish enough to be so bullish in their public pronouncements, came here expecting victory and were instead undone by a resurgent Ferrari.