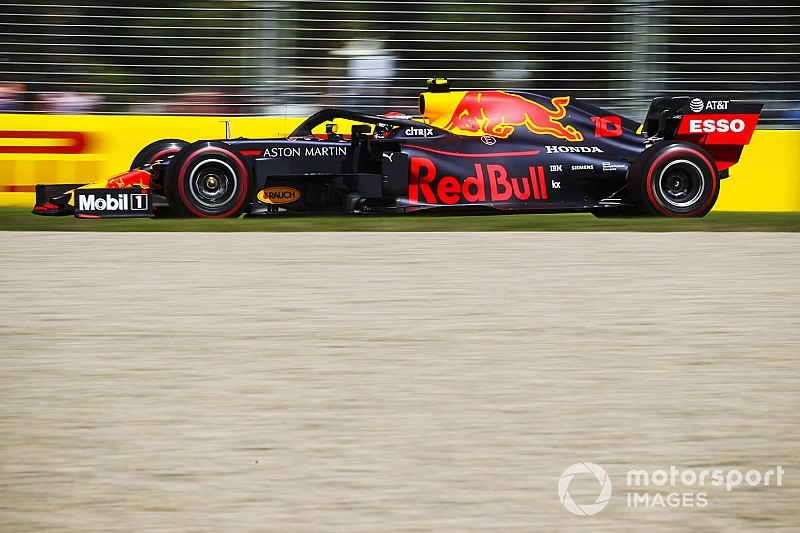 Honda says a late power loss scare for Pierre Gasly was nothing serious, and the Red Bull driver has been given the all clear for tomorrow.

After an encouraging first day of running in Australia for Red Bull, the only blemish on the day was an engine issue late on that forced Gasly in to the pits early.

"There was a small loss of power on the last lap, so we decided to pit to look into it," said the Frenchman, who ended up fourth quickest in second practice.

Following a check by Honda, the Japanese manufacturer later confirmed that the power unit had a minor unspecified issue, and the matter would not impact running on Saturday.

In terms of the car progress, Gasly was encouraged as he ended up right behind teammate Max Verstappen in the afternoon

"It was a positive day," he said. "I did what was possible with the car, but there is still work to be done.

"I think we saw Mercedes is fast, as we expected, and at the moment we try to focus on the package and how to make the best out of it."

Verstappen was not getting too carried away about ending up ahead of pre-season favourite Ferrari, as he said Red Bull had plenty of room for improvement.

"We can only look at ourselves and for sure we have things to improve," said the Dutchman.

"I think everyone has: it is the first day. It has been alright. Mercedes looks very quick. We have lots of work to do and will analyse a lot.

"From the engine side, no problems. It ran very smoothly and it was good. We will find out more tomorrow."

Asked if he felt Ferrari had been sandbagging in second practice, Verstappen said: "I don't know. You should ask them! I don't have an answer for them. We just focus on ourselves and we still have work to do."

Carey says F1 has had "real" interest from new teams