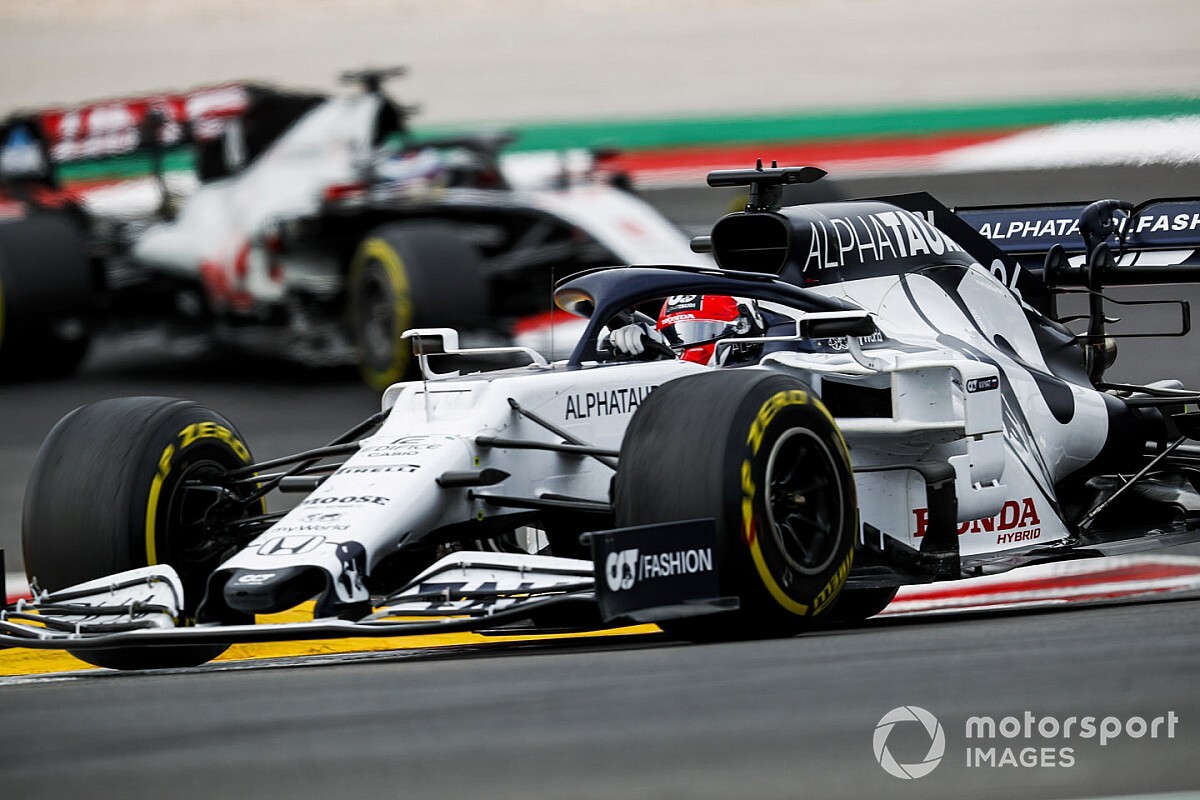 The FIA has concluded there was no safety issue with Daniil Kvyat’s loose Formula 1 seatbelts at the Portuguese Grand Prix after AlphaTauri changed its internal processes.

Following last month’s race at Portimao, a clip of onboard footage emerged from Kvyat’s car in which he complained to his AlphaTauri team via the radio that his seatbelts were undone.

Kvyat told his team that “my belts are undone again” shortly after his final pit stop and that “it’s not safe”, but was told to stay out with 10 laps to go in the race.

It marked the second time this season that a driver has reported an issue with his seatbelts during the race, following an incident involving Charles Leclerc at the Spanish Grand Prix in August.

Leclerc completed two laps of the Circuit de Catalunya-Barcelona with his seatbelts unbuckled before pitting so that his Ferrari pit crew could re-fasten them.

Asked about the incident, FIA safety delegate and F1 race director Michael Masi said it had been discussed with AlphaTauri and the team's processes had been changed in response to avoid a repeat of the issue.

“It was a discussion,” Masi said. “His seatbelts, from the investigation and the discussions, were not undone. I think that’s part of the terminology that was used.

“Yes, they were a little bit loose, and the team changed their processes around that. That’s where that’s at.”

Kvyat said last weekend in Turkey that AlphaTauri had investigated the matter internally and rectified.

“We had our in team investigation regarding this, I think it's been understood,” Kvyat said. “It's been analysed and corrected. I think it will not happen anymore now.

“It wasn't the best moment there, of course. But we prefer to keep it inside the team. We eliminated the issue. Now it's not there anymore.”

The Turkish Grand Prix highlighted another major safety concern after the second stage of qualifying began while a recovery vehicle was still on the track, albeit under yellow flags.

Drivers were quick to condemn the decision, with four-time world champion Sebastian Vettel saying there was “zero tolerance” for such incidents.

Masi said the FIA was constantly reviewing its decisions and incidents that occur so it can learn from them in the future.

“From that handbook, we will continue to learn, no different to a team learning about different elements over a weekend and in between. We are absolutely no different.

“From our end, as I've said many times, safety is our number one priority and you learn from everything every time a car rolls out pit lane.”

McLaren: Ferrari can join fight for third in F1 standings