Fernando Alonso thinks Formula 1’s end of season schedule choice this year is "strange", and has left team mechanics and staff "on the limit".

F1 is heading to its second race of the Mexico-Brazil-Qatar triple header this weekend, with grand prix racing's chiefs having elected to go for an ambitious inter-continental three events on the bounce.

With the travel and strain at this end of the season pushing the stamina of F1 personnel to the edge, Alonso suggests that it is a bit weird to have had a two-week gap between the United States and Mexico, and then go for the three consecutive races.

"This triple-header is not the most convenient," explained the Alpine driver before he left Mexico. "Every race is separated by 12 hours [on a] plane or something like that. And we have to race three consecutive weekends.

"It's important for the team, for the mechanics to save energy. They are in the garage, packing everything, they will finish late, they will take a plane, arrive in Brazil, and they will pack everything and mount the garage. So it is on the limit for them, for sure.

"Hopefully we find better solutions for the calendar, because Austin is one hour and a half from Mexico. And we were two weeks ago in Austin.

"It feels strange that some races are separated two weeks and some of the races that are in another continent they are back-to-back." 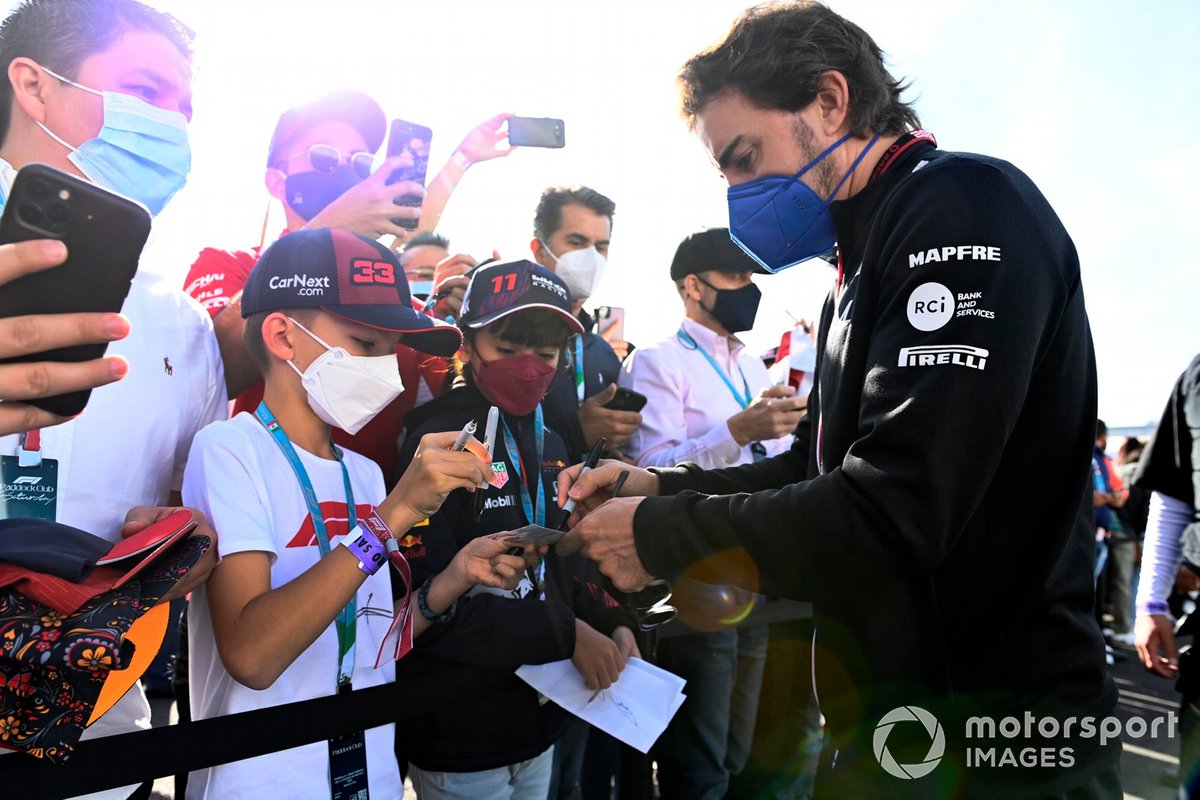 While the decision to have a long gap between Austin and Mexico does appear unusual, it was originally done that way because of concerns over travel restrictions due to the COVID pandemic.

At the time the schedule was set, both Mexico and Brazil were on the UK's red lists of countries that required mandatory quarantine on return, something that could have proved troublesome for teams.

By hosting Brazil and Mexico back to back, with Qatar afterwards, it meant F1 personnel could have avoided the quarantine restriction by the time they returned from the Middle East.

In the end, the UK ditched the red zone restrictions so F1 teams would have had no problem returning to the UK after Mexico or Brazil.

The challenges of the current calendar come amid F1's bid to ramp up the schedule in the future, something that has caused a fair deal of unease in certain sections of the paddock.

Aston Martin's Lance Stroll is one who thinks it important F1 considers down time for staff, and does not just push on in adding on races without caring about consequences.

"I understand there's a motive financially to increase the number of races and expand the sport," he said.

"But I think there has to be a balance thinking of the mechanics, the engineers, and all of the personnel in Formula 1, that have families at home, that travel around the world and dedicate a lot of their times to go racing.

"I think there still has to be a balance where F1 takes a break and gives a chance to people to go home, see their families, spend some time doing other things, and then we come back and we take racing very seriously.

"I don't think it should become out-of-hand ridiculous 25 race calendar seasons. It looks like it's heading that way, but I think that F1 should also think about the personnel, and their families."

Verstappen would ‘absolutely’ use #1 if he wins F1 world title