Valtteri Bottas has admitted that he could have done a better job in blocking Max Verstappen off the start in Formula 1's Mexican Grand Prix.

The Finn did not get away brilliantly from pole position in Mexico City last weekend, as Verstappen, who started right behind him, was able to drag up alongside him down a gap left on the outside of the track.

That opening was enough to allow Verstappen to outbrake Bottas and his Mercedes teammate Lewis Hamilton at the first corner, and snatch a lead he would hold on to until the end of the race.

Hamilton and Mercedes boss Toto Wolff both expressed some annoyance at the way that Bottas had left a gap for Verstappen.

However, on the Monday after the race, Hamilton toned down his remarks by posting praise for the job that Bottas has done for the Mercedes team this year.

Speaking in Brazil on Thursday, Bottas said that, having watched replays on the run to the first corner, there were things he could have done differently, but he says there is no guarantee that it would have stopped Verstappen taking the lead.

"If I'm very honest to myself, it's easy to say afterwards probably I could have done things different," he explained.

"But in that moment, I thought I was making the right decisions. If I get to relive the moment, maybe there was a way to block Max, or prevent him going outside, and maybe he would have had the chance to go inside. I don't know.

"It's one of these things. But at the moment, I tried my best and that's all that I can do. And I've obviously watched the videos.

"If I would be in the same situation again, maybe I could do a better job. Maybe not." 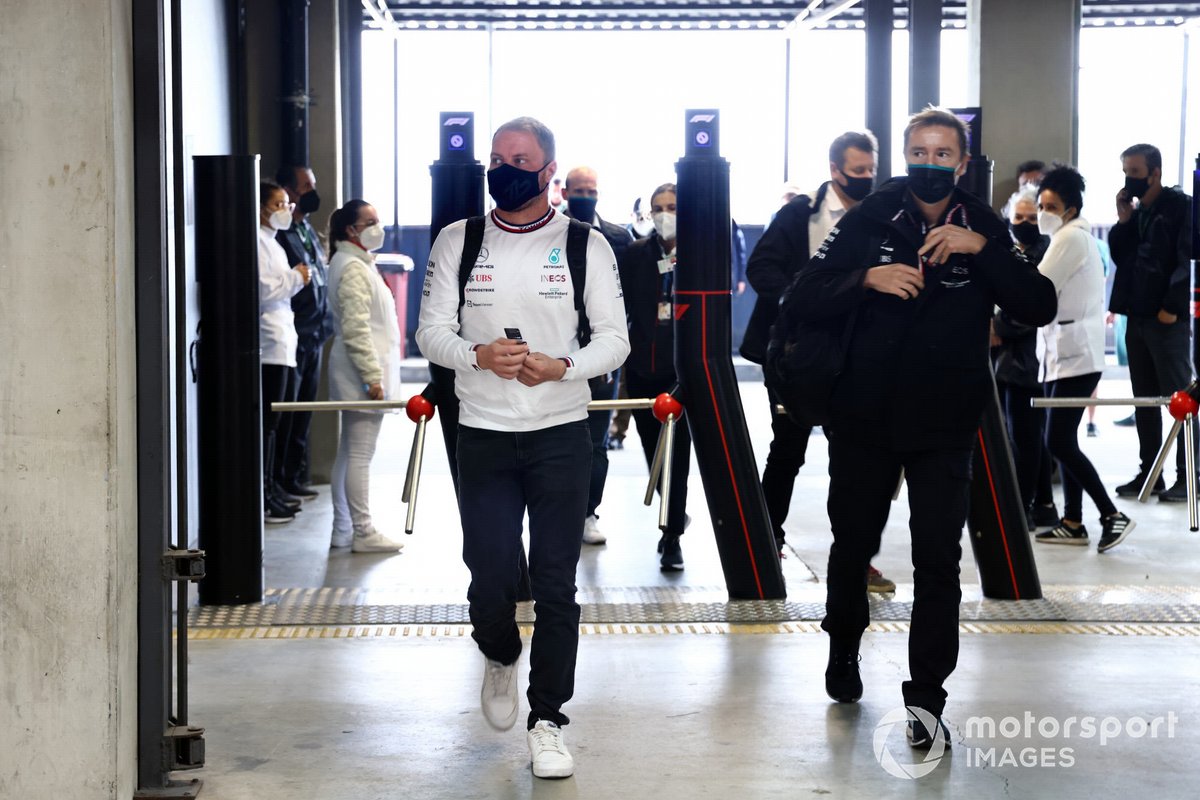 While the Mexico race was a disappointment for Bottas, he thinks the pace he showed to snatch pole position does at least give him encouragement about what it possible in the final four races.

"It was a good Saturday in Mexico and I feel like if we got a pole in Mexico, I see no reason why we shouldn't be able to fight for that in these last few races," he said.

"So absolutely that should be the goal. But here you know, it's a bit of a different weekend format, and we also need to focus quite a bit for Sunday."