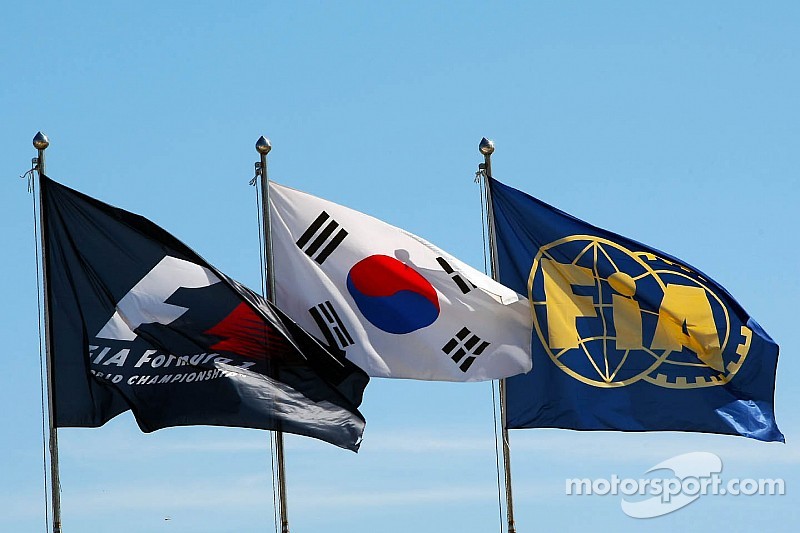 Taking a deeper look at the logistics of an F1 race on the streets of South Korea's capital city.

All the paddock chatter in Singapore focussed on the hokey-pokey nature of the FIA’s ban on radio chatter and post-race discussions about McLaren’s assertion that Red Bull used coded messages to help guide Daniel Ricciardo to the bottom step of the podium, the biggest story of the weekend took place out of public view.

A street race in Seoul?

A delegation from South Korea met with Bernie Ecclestone to discuss a possible F1 return to the world’s twelfth-largest market, although Mokpo was firmly off the map. Instead, the delegation headed by Chung Yung-cho, who was involved in the Yeongam race, was in Singapore to convince the F1 supremo of the merits of a street race in Seoul.

From an economic point of view, the Grand Prix of South Korea was an important one to sponsors (and by extension, teams). The Asian country fares well in lists of purchasing power parity, and has a large middle class with disposable income and a proven interest in technology. South Korea is also key in the automotive world as the home of the Hyundai Kia Automotive Group, and currently ranks fifth in global lists of nations ranked by automotive vehicle production.

Yeongam was a missed opportunity

As an important market for F1 and its sponsors, the short-lived Yeongam race was a missed opportunity. While the global financial crisis didn’t help the event gain much traction, the biggest failing was in the location of the Yeongam International Circuit, a minimum of four hours from Seoul and hard to reach by train, plane, or automobile. If you build your field of dreams in the wrong place, they will not come.

Putting on a street race in the capital city - and applying the lessons hard learned in Yeongam - is the second chance that South Korea has been looking for. The proposal made to Ecclestone aims to ape the success of the Singapore Grand Prix, with the organisers hoping to stage a night race on the streets of Seoul from 2016 onwards, should terms with the commercial rights holder be agreed.

Until a contract has been signed no construction work can begin, but the organisers are confident that pit and paddock facilities can be built in short order should the F1 boss agree to bring his sport back to South Korea.

There's more to this than Ecclestone simply saying yes

But it is not all plain sailing should Ecclestone put pen to paper. At the end of 2013 Formula One’s five-year relationship with Korea’s LG came to an end, and the sport lost a sponsor whose South Korean origins and global reach would have been of great use in promoting the Grand Prix of South Korea 2.0. And while the Asian nation is still in reasonable economic health, Finance Minister Choi Kyung Hwan warned that unless action was taken, South Korea risked experiencing the same protracted economic slowdown that Japan experienced in its “lost decade” of the 1990s.

Looking at the prospect of stagnant growth, domestic economic slowdown, and a drop in exports the minister said “alarm bells are ringing… Unless we respond in a timely manner, the Korean economy might take the road of Japan's lost decades."

While any information regarding possible government financing of a new South Korean Grand Prix is not yet publicly available, if the country’s economy enters a period of slowdown - stimulus packages have already been issued to stave off recession - then public funding for luxuries such as F1 will disappear.

But however the proposed race may be funded, if the timing of a Seoul street race coincides with the average Korean feeling the pinch, Formula One faces the unattractive prospect of announcing a much-heralded return to a country famed for its empty grandstands in front of a mass of more empty grandstands in the middle of the nation’s most populous city.