Under new owners Liberty Media, Formula 1 has been on something of a spending spree.

Keen to fill vacancies in areas like marketing and research - where previously no roles existed - and to amp up the sport's digital offerings, F1 this year has had to shell out in areas that previously saw little to no spending at all.

The immediate impact of said spending spree has been a 13 percent fall in the prize money shared between the teams this quarter: $273 million, versus $316 million at the same point in 2016.

But as the saying goes, you have to spend money to make money, and the current 'spending' being done by F1 can more generously be viewed as investing.

The 2017 season has seen the launch of an eSports championship which attracted nearly 64,000 entrants, among them potential new fans from the gaming community.

That championship has provided a perfect illustration of F1's push into digital - the post semi-finals press release trumpeted all manner of digital stats the sport's previous owners would never have heard of. 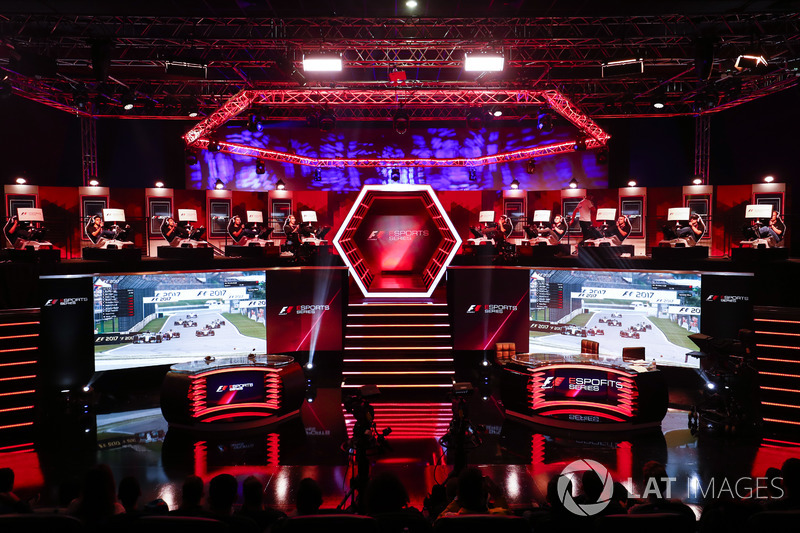 Another initiative launched this year - and one that involved higher outlays than the creation and execution of the eSports championship - was the London Live fan event that preceded the British Grand Prix at Silverstone.

More than 100,000 fans attended the one-day event in Trafalgar Square, and that with limited pre-publicity in the light of the ever-present threat of terrorism.

Last month, JP Morgan released the results of its analysis of the FWONK trading stock, and the conclusions drawn were broadly optimistic, although it anticipates revenue growth being "more limited than expected".

A significant chunk of F1's revenues come - and will continue to come - from broadcasting deals, and it is here that JP Morgan raises the first note of caution.

"F1 has grown Broadcast revenue in recent years largely by shifting to exclusive pay-TV partners in many of its core markets," the report read.

"While this should help drive growth going forward (supported by a new UK contract in 2019), new management appears to be adopting an alternative approach whereby a portion of races are simulcast with free-to-air providers. 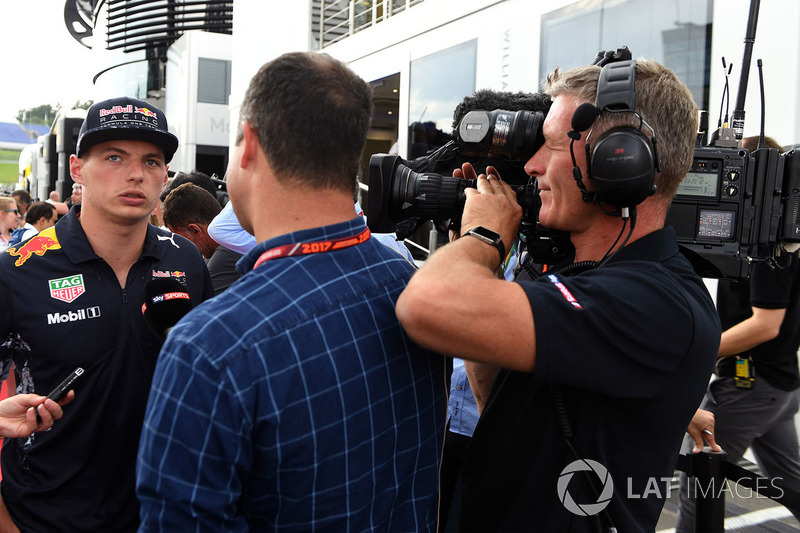 "At the same time, F1 has stated its intention to claw back certain digital rights from TV partners to position the company to launch an OTT product at some point.

"We think these factors will limit step-ups in average annual value when contracts come up for renewal to below the increases realized by some U.S. and British leagues in recent years.

"We also note two handicaps for F1 as a TV property in general - namely its lack of advertising breaks and limited live race hours."

The American broadcast market is an interesting case in point here - while much has been made of ESPN acquiring the US rights, less has been said about NBC's decision to withdraw from negotiations because it was unwilling to sign a deal that would see them competing with the commercial rights holder.

"Although we take great pride in having grown Formula 1's visibility and viewership since we became its exclusive U.S. media rights holder in 2013, this will be our last season with the series," said the NBC Sports Group in a statement when the new US deal was announced.

"In this case, we chose not to enter into a new agreement in which the rights holder itself competes with us and our distribution partners. We wish the new owners of F1 well."

Future broadcasting deals could well face the same stumbling block as other broadcasters elect to spend their money in sports where the commercial rights holder is more partner than competition.

The JP Morgan analysis also takes into account F1's additional revenues following the expansion of the company and significant new hires across the board.

"Liberty has stated it intends to double the headcount at Formula 1, which, along with other corporate overhead, should lead to ~$50m in incremental annual costs," JP Morgan wrote. 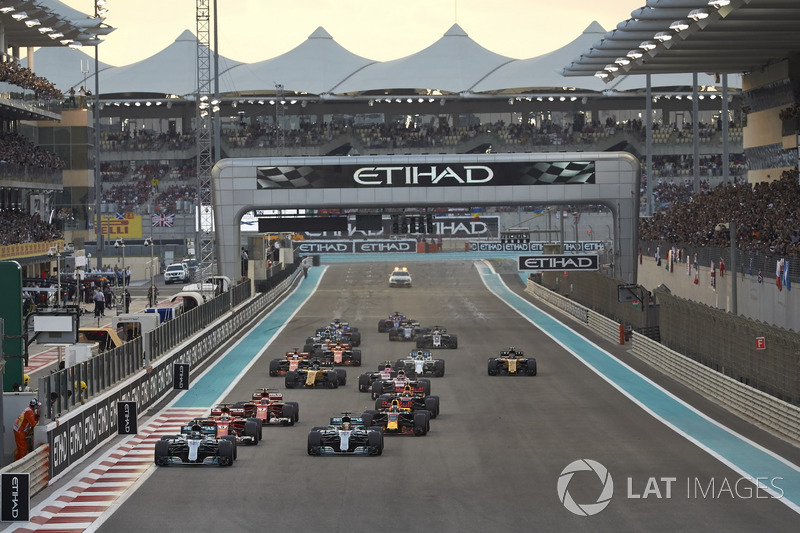 "We think expense growth could remain elevated beyond this as F1 builds out an infrastructure to support new growth areas such as digital, merchandising, and gaming."

Most alarming is the lack of clarity about F1's future structures. As any F1 fan knows, the redistribution of wealth within the sport is a current hot-button topic, as is the possibility of some form of budget or cost cap in future.

But with the current structures all hemmed in by the Concorde Agreement - which runs through 2020 - there is currently no clear roadmap for the next decade or two.

It is likely that the current governance structure - particularly the much-derided F1 Strategy Group - will be replaced, but no one knows what with.

"New management is in early talks with various stakeholders on implementing a long-term
framework that would govern the sport, including the flow of economics. Visibility into the negotiations is low, and it's unclear when a new arrangement will be reached.

"In the past, we believe teams have successfully pushed for a greater share of F1 profits, and given their ongoing challenged financial position, we think there's some risk they will negotiate for a higher future share in exchange for agreeing to a long-term framework for the sport."

Despite the occasional note of warning, however, JP Morgan's view of F1's financial future is broadly optimistic, taking into account opportunities for growth in new markets and added revenues from future sponsorship deals and the possibility of an extended calendar.

"Formula 1 could grow revenue at faster rates than we have modeled.

"The company will likely renew several key TV agreements for the 2018 season (France, Germany, Italy, U.S., Baltics), and greater-than-expected step-ups in average annual value or a move to exclusive pay-TV partners in some of these regions could result in higher than-forecast revenue.

"At Race Promotion, F1 could succeed in expanding the calendar beyond the maximum of 21 races we have modeled through the 2020 season. For advertising and sponsorship, the company may sign major brand sponsors or title race sponsors at a faster cadence than we've modeled. 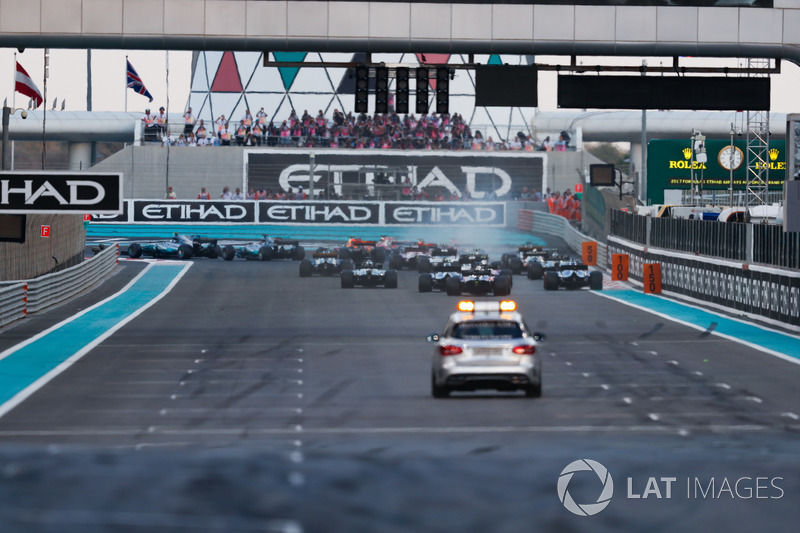 Force India outdeveloped us in 2017 - Williams