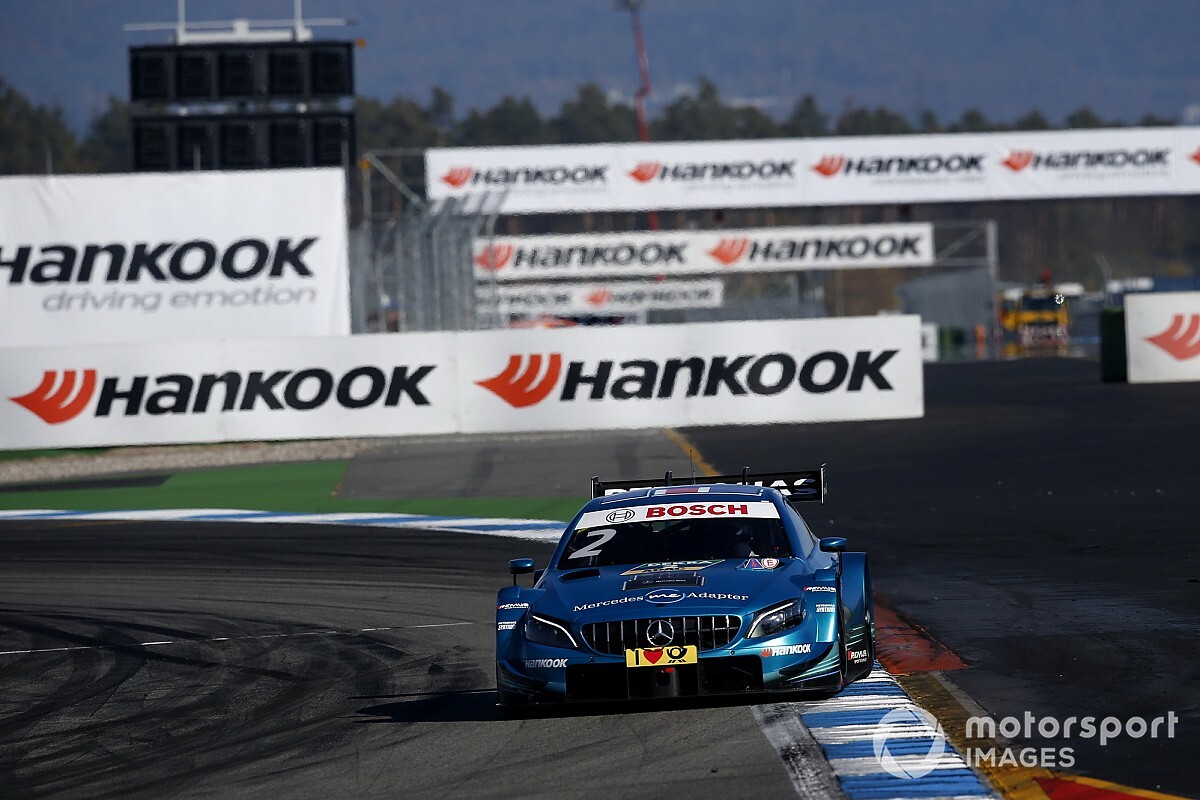 Newly-crowned DTM Gary Paffett feared that he had a loose wheel during the title-deciding second race at Hockenheim, which made his team call him into the pits earlier than planned.

Paffett held a comfortable third, a position good enough to seal the title, in the early stages of the DTM finale, but pitted somewhat earlier than expected on lap 11, at a time when only two other drivers had changed tyres.

While he ultimately couldn't keep up with Rene Rast and Marco Wittmann, who pitted much later and had superior pace in the late stages, Paffett was just a few laps away from being in danger of losing two places to the charging Audis of Nico Muller and Robin Frijns.

Had they both passed him, it would have been enough for Rast, who took his sixth race win in a row, to take the title, but in the end, Paffett took third and secured his second DTM crown.

Mercedes team boss Ullrich Fritz revealed that a suspected loose wheel was the reason for the early stop.

"[It happened] on lap 9 or lap 10," said Fritz. "Gary said he felt strange vibrations in the car. He said he suspected a wheel coming loose.

"We couldn't take the risk and had to bring him in before a puncture occurred, or a wheel came off. That's why we made an early pit stop. That wasn't planned at all."

Despite only finishing 1.4s and 3.1s ahead of Muller and Frijns respectively, Paffett felt his third place was "never in danger" but admitted it was a "not a comfortable race".

"Five laps before the end, I saw them appear in my rear mirror," said the Briton. "You could see how they were catching up, but I also knew that they weren't fast enough to catch me. So it was all right.

"My position was never in danger. I just would have liked to have been a little faster. We definitely struggled with tyre wear, it was certainly not a comfortable race for me.

"Instead of chasing Marco [Wittmann], I rather tried to save my tyres in case someone came close in the end. At the end I had some [tyres] left."

Paffett also revealed that he made a small mistake at Sachskurve three laps before the finish, as he started feeling antsy in the late stages.

"From 10 laps before the end, I started counting down," he said. "The race had to be over soon!

"Three laps before the end I made a small mistake at the Sachskurve, maybe because I lost my concentration. Anyway, I got on the white line and said to myself, 'better not do that again!'"