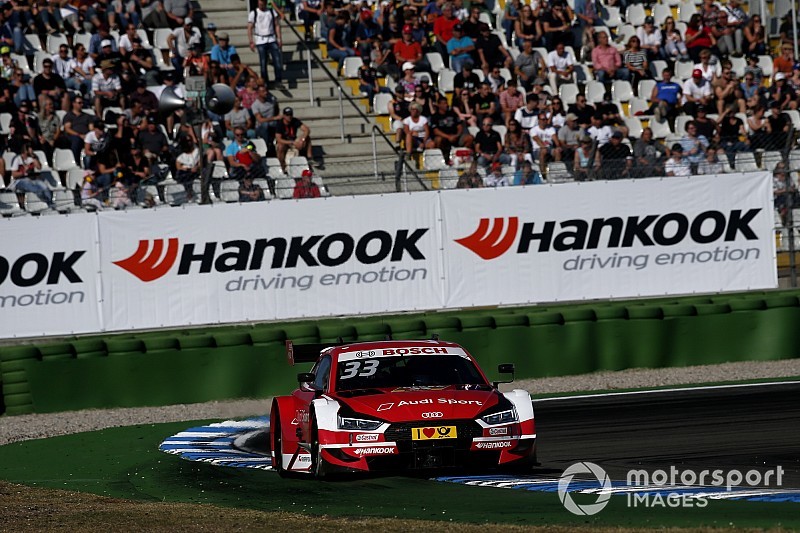 Rast's fourth consecutive victory at the Red Bull Ring was already a record, but he added two more to his tally at Hockenheim and now his streak is twice as long as anybody else's in the series' modern era.

As a result, Rast was only four points behind champion Gary Paffett in the final standings, having been 93 adrift six races before the end.

"You should never say such a thing, but it looks like a record for eternity," Gass said of Rast's half-dozen wins. "DTM has been around for a few years but there has never been anything like this before.

"We didn't believe that it would be possible ourselves. But then Rast started an impressive catch-up chase with a double win at the Nurburgring and won all remaining races of the season.

"You have to be there, make no mistakes, and profit wherever you can. That's exactly what Rene did. He and his team simply didn't make any mistakes, just fantastic!"

Rast, who beat Paffett's Mercedes stablemate Paul di Resta to the runner-up spot in the standings after becoming champion in his rookie season last season, had "mixed feelings" after the race.

"At the moment I'm a bit disappointed," he said. "On a day like today, naturally, you have mixed feelings.

"Success doesn't come by chance. There is so much work involved. The guys at Audi, at Team Rosberg, my driver colleagues, we all worked together in the last three or four weekends.

"We never gave up this dream, kept pushing and improving in every race, even from yesterday to today. Nobody put their head in the sand.

"Everything just came together, and if you feel comfortable and have a good team spirit in your team, something like this is possible."

"In the last six races we've come under a bit of pressure, it was barely enough," he admitted. "We would have liked to seal it yesterday [after the first race], but it was not to be. Rene is always a danger.

"It was certainly not planned that things would get so tight again. But for the fans it was great that it became so exciting. And of course, there have never been six victories in a row, that is unbelievable."