Jake Hughes will rejoin HWA Racelab for the final round for the FIA Formula 2 Championship at Abu Dhabi this weekend.

The British driver was absent from the championship’s maiden visit to Saudi Arabia last weekend with his seat taken by Williams Formula 1 junior Logan Sargeant, who scored a best finish of 14th on debut in the F1 feeder series.

It has since been confirmed that Hughes will return for what will be HWA’s final race in F2 after announcing plans earlier this year to withdraw from the championship and FIA Formula 3 at the end for the year.

HWA made the step up to F2 outright last year, taking over the berth held by the Arden team following a role as a technical partner to the British outfit in 2019.

The team’s best result in the championship arrived at in Sochi where Hughes scored a fourth place finish in the sprint race.

Having been associated with the team since 2019, Hughes says it will be an emotional weekend in Abu Dhabi.

The 27-year-old is also keen to see how the revised Yas Marina Circuit layout will perform on its championship debut. 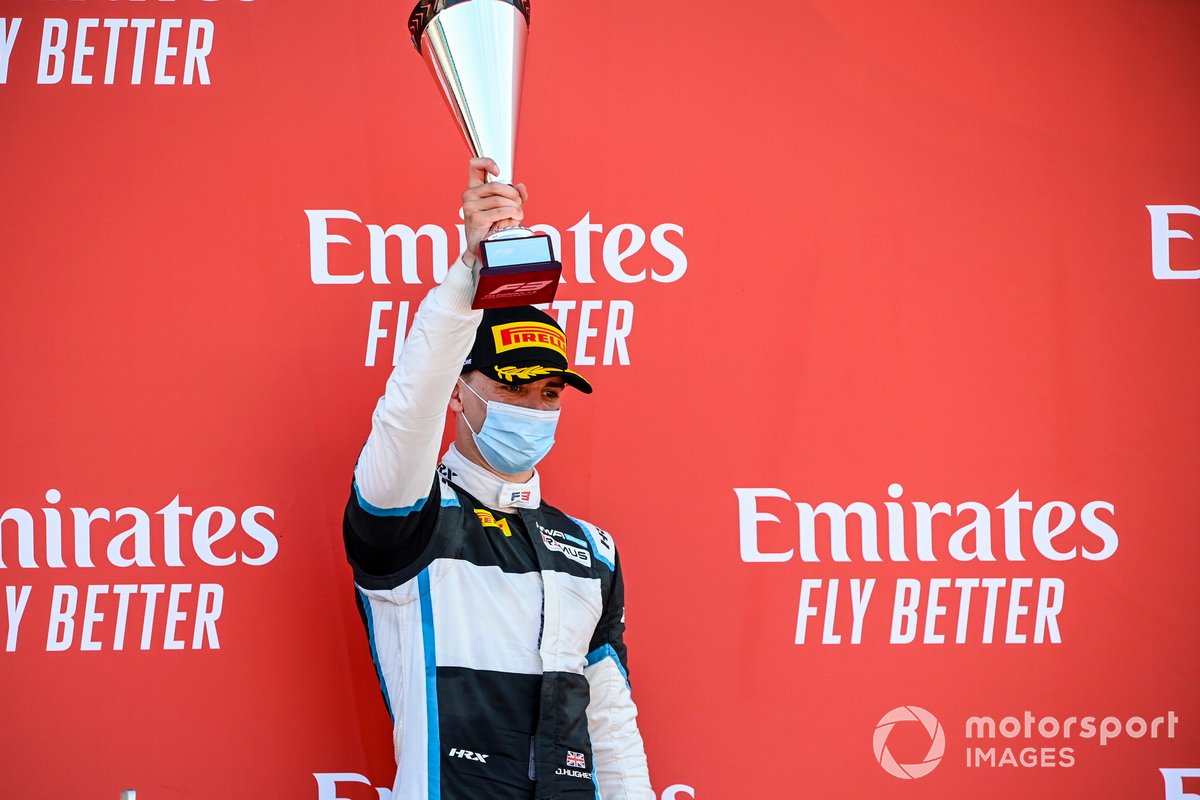 Jake Hughes, HWA Racelab on the podium with the trophy

“It’s going to be an emotional weekend with the team as they make their final appearance in the championship - and having raced in both F3 and F2 with HWA since 2019 it’s going to be sad to see them depart.

“I’m hoping to end the season positively with the team and I always enjoy coming to Abu Dhabi.

“The changes to the circuit will hopefully make the racing more exciting and if we can end the weekend with more points on the board then it will be a successful outing.”

This weekend will see the 2021 F2 champion crowned with Oscar Piastri poised to secure the title after scoring two wins in Jeddah last weekend.

The Australian holds a 51.5 point lead over Prema Racing teammate Robert Shwartzman with a total of 65 points on the table.