Former BTCC Independents Trophy winner Tom Chilton will return to the series this year at the wheel of a Motorbase Performance Ford Focus RS, alongside the team’s new recruit Ollie Jackson.

Chilton, who returned to the BTCC last year after a five-year sabbatical, finished third in the standings in 2019 and won one race in the Shredded Wheat-backed Ford.

Jackson, who has been in the BTCC full-time since 2012, took his first podium in the category last term at the wheel of an AmDTuning Audi S3 during a wet-but-drying race at Brands Hatch in the second race of the season.

The team has another entrants’ licence to run a car in the series, and is in talks with drivers. An announcement is expected soon.

Chilton, 33, said: “I absolutely love the guys at Motorbase, they are such hard workers and I really genuinely believe that we can go on to take the title from where we started in our first year together.

“I think that people forget what it’s like coming into a team for the first year. You have to learn not just every single thing about the car from scratch with all the little key changes, but also everyone in the team, and it’s such a big learning curve in that first season.”

The Kent-based team has a “significant” testing programme planned ahead of the fresh challenge, and that will allow Jackson to get up to speed with the car.

The 34-year-old raced with Motorbase in the Porsche Carrera Cup GB in 2009 and 2010, when he claimed the Pro-Am 1 division spoils in his second season.

Jackson said: “Having had the relationship with [team boss] David [Bartrum], I was lucky enough to test the Focus at the end of last season, and being in a more competitive car proved that I was ready to make the step-up into a race winning team.

“It was a little bit of good fortune that got me that first podium last year, but I think with the extra that everyone puts in at Motorbase, including myself, we should be pushing for more regular podiums this year and hopefully even chasing down that maiden race win.”

Team boss David Bartrum said the objective for the season was to improve on 2019, when Chilton was second in the Independents Trophy driver standings behind championship runner-up Tom Ingram (Toyota).

Bartrum said: “As a team, we made some good steps forward last year, and Chilton showed us his character and work ethic which make him the racer he is. He’s very much a Motorbase driver and I’m looking forward to seeing just how far we can go this year. We have high hopes.

“I’m also really pleased to welcome back a Motorbase original in Jackson. He has shown in previous seasons that he is a very capable BTCC driver, and a chance test at the end of last season showed us just how good he is. He has the experience in the BTCC needed to get results.” 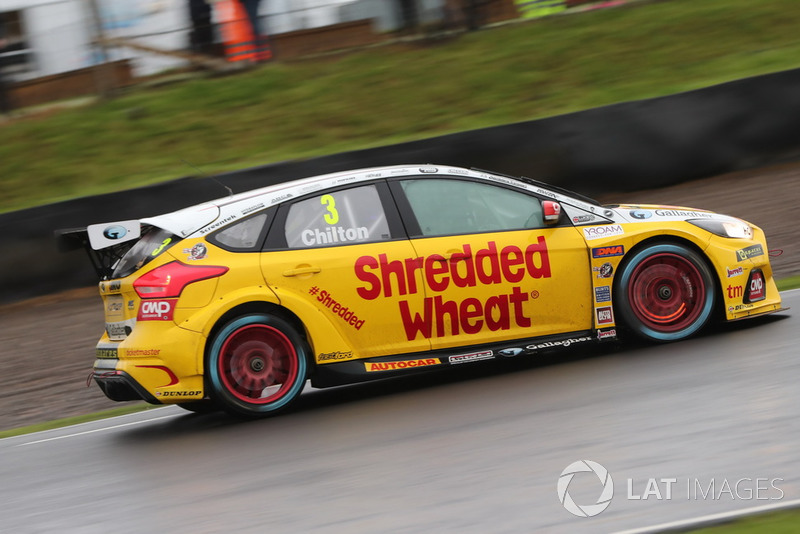