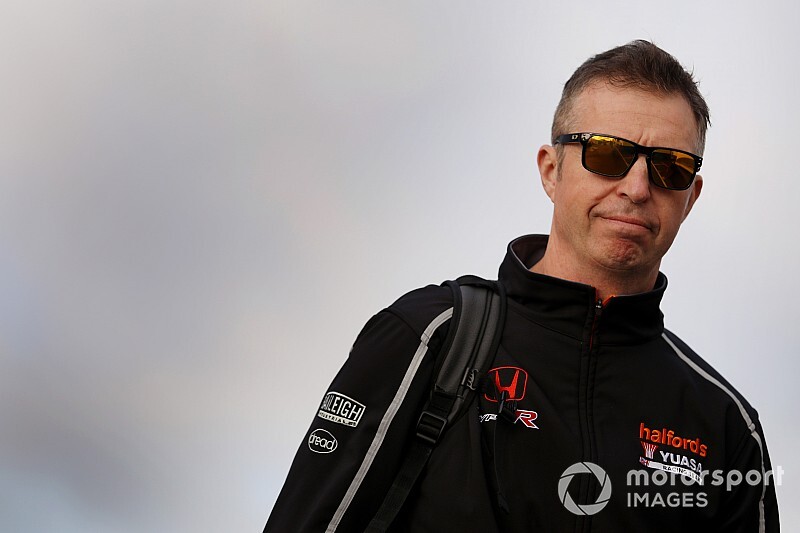 Three-time British Touring Car champion Matt Neal believes he will be fit to return to the driver's seat in time for the opening rounds of the season at Donington Park at the end of March despite suffering serious injuries in a mountain bike accident.

The 53-year-old fell during a ride with a group of friends last weekend and suffered a clean break to his clavicle, multiple fractures to shoulder, a broken rib and a punctured lung which then collapsed.

The Team Dynamics Honda Civic Type R driver was taken to hospital in Worcester where he was treated by the Worcester Acute Hospital NHS Trust.

Neal, who was released from hospital on Wednesday, is now recuperating at home and already has his sights on the beginning of the campaign on March 28-29.

"The doctors have told me that I will definitely miss the pre-season test sessions," said the 63-time race winner. "But I should be back in time for Donington and I am going to win the opening race of the year – you can quote me on that!"

Neal explained that the accident had happened as he was taking avoiding action among a train of his friends who were cycling through woods.

"We were on a really steep downhill section – it is so fast that you simply can't stop, you have no chance," he said.

"The guy who was riding in front of me fell off, and I was in his wheeltracks. I had a choice: either go over him, which would have caused injuries to him, or try and avoid him. I looked to the left and I could see a tree, but there was a track behind that. I figured I could use that as an escape route.

"But, as I veered off course, the ground was really soft and the front wheel of my bike dug in and flipped me over the handlebars. I did a superman impression into the tree. I shoulder charged it, and that is what did the damage.

Neal was visited by his former Team Dynamics teammate Gordon Shedden on Thursday, and says that the incident has not put him off riding.

"I have already ordered a new bike," he said. "But my first job is to take a present to the fabulous staff at Worcester Royal Hospital, who treated me magnificently."