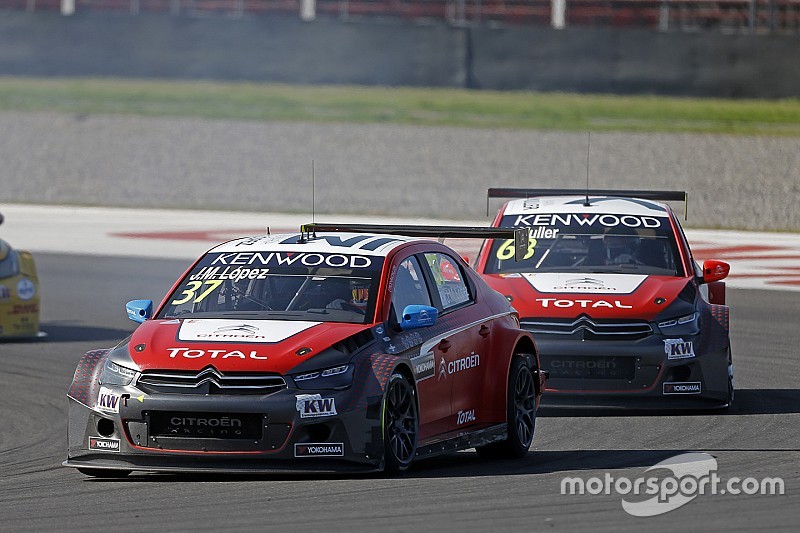 Jose Maria Lopez has thanked his Citroen WTCC teammate Yvan Muller for his help in clearing the Honda of Norbert Michelisz, which allowed the Argentine to take victory in the main race at Termas de Rio Hondo.

Starting from pole, Lopez suffered a poor getaway and lost the lead. But, with a little help from Muller, he managed to take it back from Michelisz and went on to take his seventh win of the season.

"Of course I knew I had a good chance in the second race but already Norbert had a better start than me, which I knew would be possible here," said Lopez.

"He moved very well and did a fantastic defensive manoeuvre in Turn 2. I have to say 'thank you' to the team and especially to Yvan, who allowed me to have a go at Michelisz without disturbing me."

Lopez believes that, without Muller, he would have had a hard time passing the Hungarian: "It would have been very difficult.

"When we went side-by-side for Turn 9 something happened, because he defended from Yvan and left the inside clear for me."

After the engine issue he suffered on Saturday, and the subsequent penalty, Lopez did not expect to extend his points lead after his home race: "It’s very important to win here in my country.

"I didn’t expect to be able to pull out points [lead] with the engine problem we had. I’m a very lucky guy."

Lopez's advantage in the championship table is now up to 117 points from Honda's Tiago Monteiro, while Muller is third a further seven points behind.

Lada's Nicky Catsburg slips from third to seventh after scoring no points in Argentina, falling behind Rob Huff, Mehdi Bennani and Michelisz.

Guerrieri "in love" with WTCC after Argentina debut