Lowes linked with Kawasaki switch for 2020

Alex Lowes has been linked to a factory Kawasaki World Superbike seat for 2020 in place of Leon Haslam, having lost his ride with the Crescent-run works Yamaha team.

It was confirmed prior to last weekend's Portimao round that Lowes would not be retained by the team he came to WSBK with in 2014 for next year, with paddock gossip suggesting his place at Yamaha has already gone to Toprak Razgatlioglu.

Lowes would take the place of Haslam, who revealed in Portugal he has been offered a deal to remain with Kawasaki – but is unsure whether this will be to stay with the works KRT squad or the factory-supported Puccetti outfit, where Razgatlioglu currently rides.

“They’ve offered me a factory contract, but it’s undecided the plan of where and how [I’ll race] with Toprak leaving [Kawasaki],” the reigning British Superbike champion said when asked about his future within the Kawasaki fold. “That, I think, has caused some issues.

"I’m waiting on them. I want to win, so I want the factory ride. But the decision is not as easy as this. Toprak is making podiums, they want to promote the second teams higher – not only Kawasaki, but [series promoter] Dorna. There are many factors to this."

What is certain is Haslam will be on the WSBK grid next year, with Kawasaki pleased with his progress in recent rounds as well as his efforts to help it to win the Suzuka 8 Hours alongside his championship-leading Jonathan Rea.

Lowes has been linked to the soon-to-be-vacated seat Puccetti as well as KRT, but wouldn’t confirm on Friday at Portimao if Kawasaki had expressed interest in his services.

The 2013 BSB title winner has an offer to remain within the Yamaha fold, with Ten Kate – who returned to the series midway through this season with Loriz Baz on a solo R1 after losing its Honda deal – being described as an “interesting” option by Lowes.

“I have a good relationship with Eric [de Seynes, Yamaha Europe COO],” said Lowes when asked about his future situation on Friday in Portugal.

“They’ve been fantastic to me, they want me to stay part of the project, which is strange why they don’t want me in the main team. They are working quite hard to keep me in Yamaha.”

“I feel like the results have been good. Maybe they want to change and try something different. It’s not always just results in our sport.”

Lowes remained tight-lipped on his future plans at the end of the Portimao weekend, but did reveal to the media that – while nothing is signed – he has decided where he wants to go.

The Brit had also been linked with a move to Honda for next year, though the HRC project is likely to be spearheaded by current Ducati man Alvaro Bautista and Takumi Takahashi. 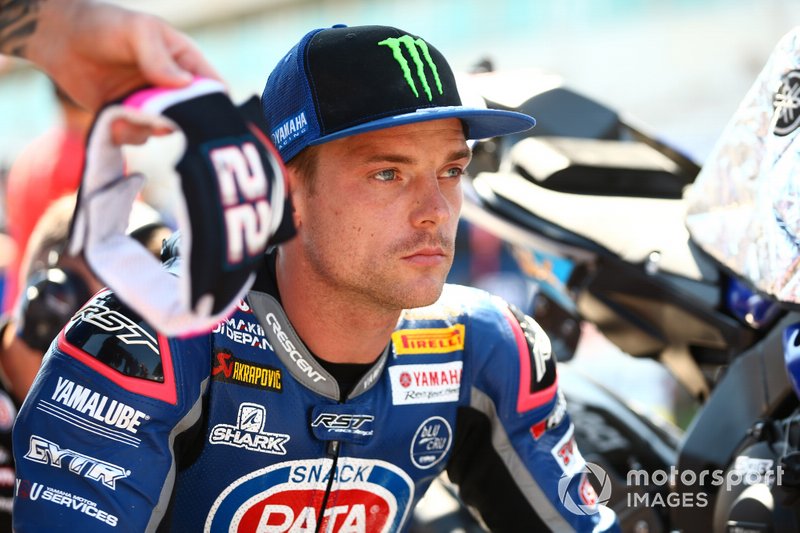