Loris Baz appears set to return to World Superbike full-time in 2022 after announcing he will not return to MotoAmerica next year.

The French rider impressed on his return to the WSBK paddock for the two most recent rounds at Jerez and Portimao, where he replaced the injured Chaz Davies at the Go Eleven Ducati team.

After picking up a top-six finish at Jerez, Baz managed to score a clean sweep of podium finishes at Portimao, albeit losing the last of those due to a post-race penalty for a collision with Alvaro Bautista's Honda.

After the Jerez round, Baz stated a deal to remain in MotoAmerica for a second season was "90 percent done", and likewise suggested after Portimao that his situation had not changed.

However, earlier this week Baz posted on his Instagram account that he will not be returning to the American series after all - strongly suggesting he has in fact secured a deal to return to the WSBK paddock.

Speculation in the Italian media has linked Baz to the satellite Bonovo BMW team, where the 28-year-old would potentially join Eugene Laverty in an expanded two-bike effort.

Bonovo has run a single M1000RR for Jonas Folger this season, but the team ruled out continuing with Folger for 2022 and also elected to skip the final two rounds of this year's campaign. 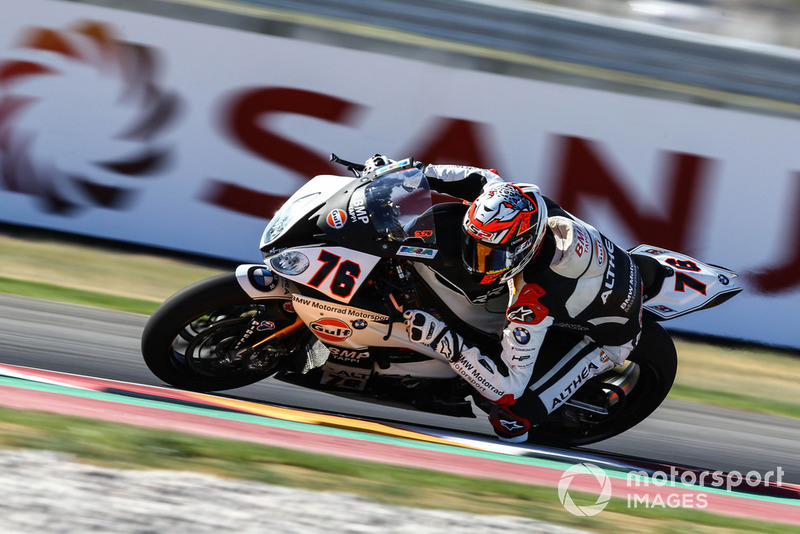 Baz riding a BMW would be nothing new, as he raced a previous-generation S1000RR for the Althea team in 2018, scoring a best finish that year of sixth on his way to 11th in the standings.

He then joined the Ten Kate Yamaha team for the latter part of the 2019 season and the full 2020 campaign, scoring four podiums but missing a place on the Yamaha roster for 2021 - prompting Baz to move to MotoAmerica with the Warhorse HSBK Ducati team.

That partnership yielded fourth in the standings in a season dominated by Yamaha rider Jake Gagne, who won every race bar three.