Laverty and Baz will both ride BMW M1000RRs for the Bonovo outfit that made its WSBK bow this season, alongside the German marque's works 2022 riders Scott Redding and Michael van der Mark.

Bonovo ran a single bike for ex-MotoGP rider Jonas Folger this year, but that partnership ended ahead of the final two flyaway rounds on this year's calendar as Folger struggled to get to grips with the BMW.

Laverty competed in the first four rounds of the 2021 season for BMW's other satellite team, RC Squadra Corse, but the team disappeared from the grid amid financial problems from July's Assen round onwards.

That left Laverty on the sidelines until he was drafted in to fill in for an injured Tom Sykes starting with the Jerez round earlier this month.

"I'm very happy to continue with BMW Motorrad and join the Bonovo Action BMW Racing Team for the 2022 World Superbike season," said Laverty. "It is fantastic to remain in the BMW WorldSBK family.

"The past six months have been tough for me as a rider and so I'm very grateful for the continued support and belief from everyone involved in this project. I'm very motivated to repay that faith in my abilities and I feel confident that following a solid winter testing campaign we can arrive ready and competitive at round one."

Baz meanwhile makes a full-time return to WSBK after a year away racing in MotoAmerica for Ducati, losing his place on the grid after a strong 2020 season for the Ten Kate Yamaha squad. 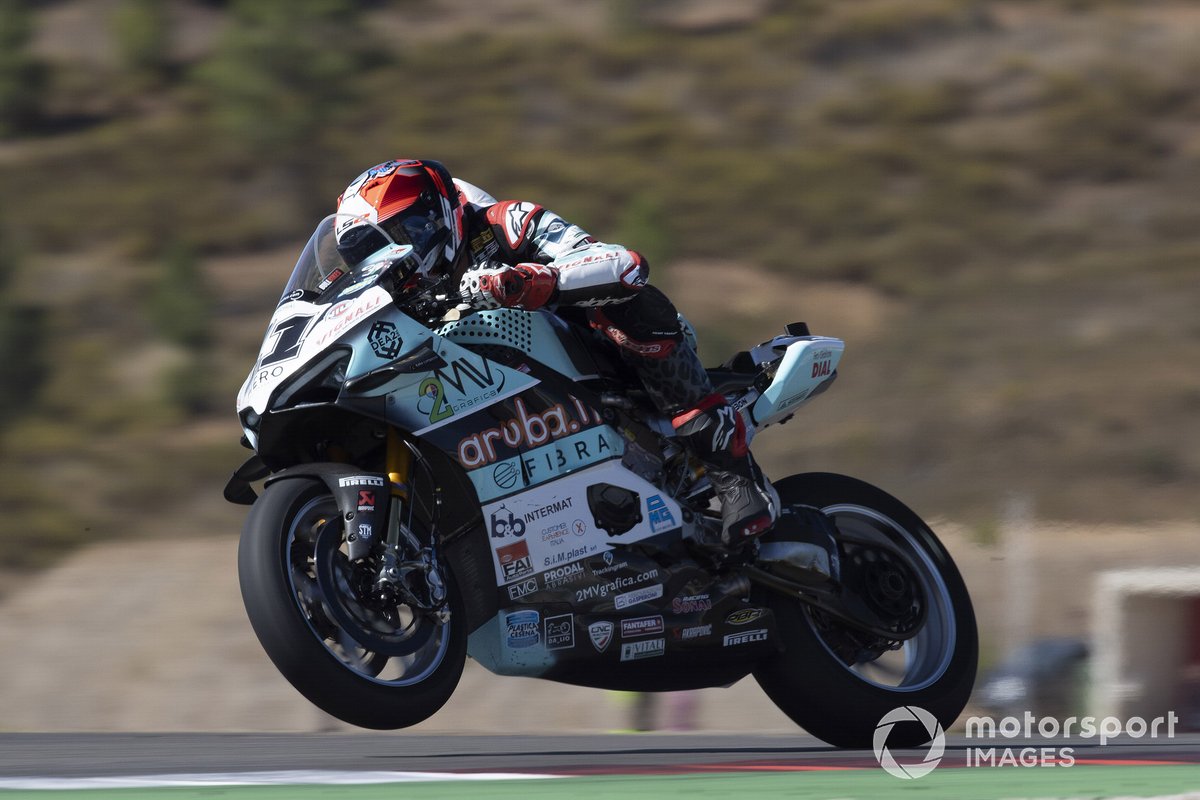 The Frenchman impressed in two appearances at Jerez and Portimao as a substitute for the injured Chaz Davies at Go Eleven Ducati, scoring two podium finishes in the latter round (pictured above).

That was followed by Baz announcing on social media that, despite having previously stated it was likely he would continue to race in MotoAmerica next season, he would not be returning to the US series.

"I am really happy to be back in WorldSBK, so I want to thank BMW and the Bonovo Action BMW Racing Team for giving me this opportunity," said Baz. "I think that I have shown during these two rounds in Spain and Portugal that I have the pace to fight at the front in this championship.

"I am really happy and excited about this opportunity and am looking forward to trying the bike and to starting to work together with the team and BMW. Thanks again to all the people involved in this project."

Baz previously campaigned a BMW in WSBK back in 2018 for the Althea team, before joining forces with the relaunched Ten Kate squad midway through the 2019 season.