The fact Yamaha has surpassed Kawasaki in terms of having the best bike on the World Superbike grid in 2021 is “logical and normal”, says Jonathan Rea’s crew chief Pere Riba.

Kawasaki has dominated the production-based series since 2015, with Rea taking six world titles in a row since then and rewriting the record books in the process.

However, this season has witnessed the emergence of a new threat in the form of Yamaha and Toprak Razgatlioglu, who leads the standings by 24 points ahead of this weekend's penultimate round in Argentina, and could have been even further ahead if not for three DNFs not of his making.

By contrast, Rea has suffered four crashes this year as he has pushed to the limits to make up for the deficiencies of the 2021-spec Kawasaki ZX10-RR compared to the Yamaha R1.

This has led many observers to remark that Yamaha now has the best all-round package on the grid, a claim further bolstered by rookie Andrea Locatelli’s impressive performances in the second half of the season aboard the other factory Yamaha.

Kawasaki's chances of defending its title took a hit before the season even began, as WSBK organisers ruled that the new ZX10-RR would have to keep its predecessor's rev limit of 14600rpm, a ruling that Rea has criticised on numerous occasions.

Riba believes that disadvantage combined with Yamaha and Razgatlioglu improving in their second year of working together, as well as Pirelli’s introduction of a new developmental SCX rear tyre from the third round of the season onwards, has led to the current situation.

“For me, what is happening is logical and normal,” Riba told Motorsport.com. “We did the winter testing with the bike that was clear we were going to use in 2021.

“We were using an engine that has 500rpm more compared to what we had in 2020, and this affected everywhere in the bike, the character of the engine, gearbox, how to work with the electronics, the overall package.

“We had a good winter, we made a solid package, and one week before the first race, for some reason, the homologation we expected is not [granted]. We had to reorganise everything, with 500rpm less, and we took a step backwards.

“Our main competitor, Yamaha, has already worked for one year with Toprak and everybody in this paddock knows Toprak’s potential. They are working very well and growing, but we stay [at the same level] because we have exactly the same on the bike.

“Also, Pirelli introduced the new SCX rear tyre, the ‘557’ [at Misano]. Our bike has good mechanical traction and we use the [harder] SC0 tyre very well. The Yamaha is a bike that was working well, but this extra grip allowed them to make an extra step.

“The growth of [Razgatlioglu] together with his team, together with this tyre that helps for the [R1’s] character, all the effort Yamaha is doing… they are working very well. Don’t forget, it’s Locatelli’s first year and he is also doing a great job.

“So, if we stay flat, and they grow, it’s normal that they overtake us.” 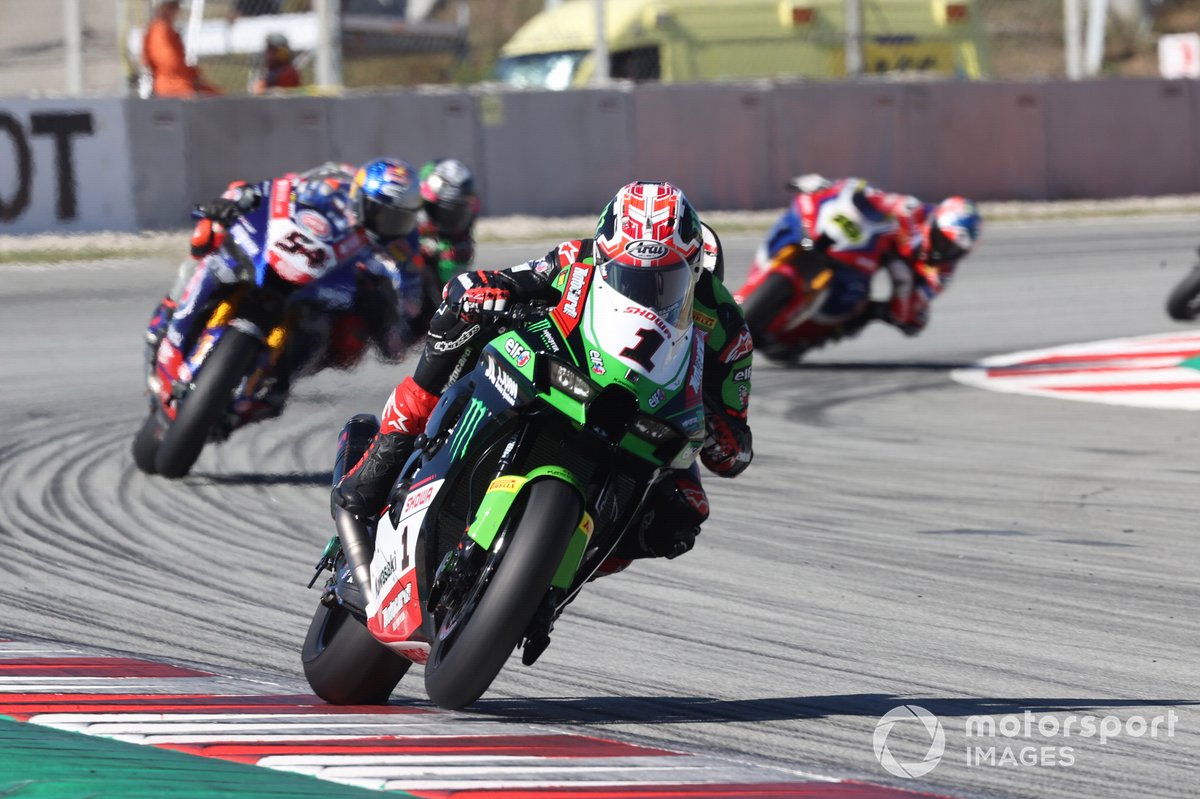 Despite Kawasaki’s disadvantage to Yamaha, Riba is convinced that Rea is still riding as well as ever as he chases a seventh consecutive world title.

“If you see the laptimes Johnny is doing this year, some of them we are faster than last year,” said Riba. “He is doing a great job. It’s the best Johnny ever, from my point of view. But at some tracks, it’s not enough.

“Don’t forget that in 2019, we got smashed for 11 races by another bike [Ducati] and another rider [Alvaro Bautista]. We are not the only ones in this championship.

“The problem is that [people think] if Jonathan is not winning, something is wrong. But it’s better to think that the others are working well, making steps forward, and we are more flat.”