Chaz Davies says he was left feeling emotional by the tributes paid by his Ducati mechanics after he ended a seven-year World Superbike stint with the marque with victory at Estoril.

Davies led a 1-2 finish for Ducati in the final race of the 2020 season after overtaking the Yamaha of Toprak Razgatlioglu at the start, helping the Italian marque finish just one point behind Kawasaki in the manufacturers’ championship.

The result came days after Ducati announced that it would drop Davies from its factory WSBK team, with Michael Ruben Rinaldi promoted from the satellite Go Eleven squad to take the place alongside Scott Redding in 2021.

Several long-time Ducati mechanics paid tribute to Davies on the starting, before joining him in parc ferme after he recorded his 28th victory with the marque.

“Yeah, it’s a little bit of a fairytale to be honest,” Davies said. "All my boys were coming to get me, one of the guys came to get me a nice photo and a double A4 letter this morning. They’ve all written nice messages on my fuel tank for the race. We are on the grid and everybody is in tears already.

"I’m like, ‘firstly these boys concentrate and then we get off the grid in time’. And secondly I’m welling up on the grid just looking up at them and thinking about history, and I’m welling up at myself and then thinking, 'F***, I’ve got a race in a minute. This is not good, you gotta get yourself into gear’. But then I just turned it on and went for it, and it worked."

Under Davies’ leadership, Ducati has consistently been the only the team to seriously rival the all-conquering Kawasaki outfit, with Davies himself securing three consecutive runner-up places in the championship behind Jonathan Rea in 2015-17.

While the Briton is one of the most successful riders on the grid in terms of race wins, only trailing six-time champion Rea and Tom Sykes, he has come under fire in recent years after being outperformed by rookie teammates Alvaro Bautista and Redding.

Asked if it was hard to see the contrasting support he has received from Ducati mechanics and the management, Davies said: “Yeah, it is a bit.

"It’s hard actually thinking... these guys have been with me through, especially the mechanics side, the couple of guys have been through thick and thin for many many years and they’ve seen at the beginning the bad days, 2014 and the success and bad days again.

“They’ve been through thick and thin. Their belief never wavered at any point. Sometimes they even question why they support me so much but they really do. So nice. It just shows on the grid as well that they got my back at all times. Everybody believes.”

Davies ended the 2020 season in third place overall, just 32 points behind Redding in the standings, having finished over 200 points off Bautista last year in fifth position. 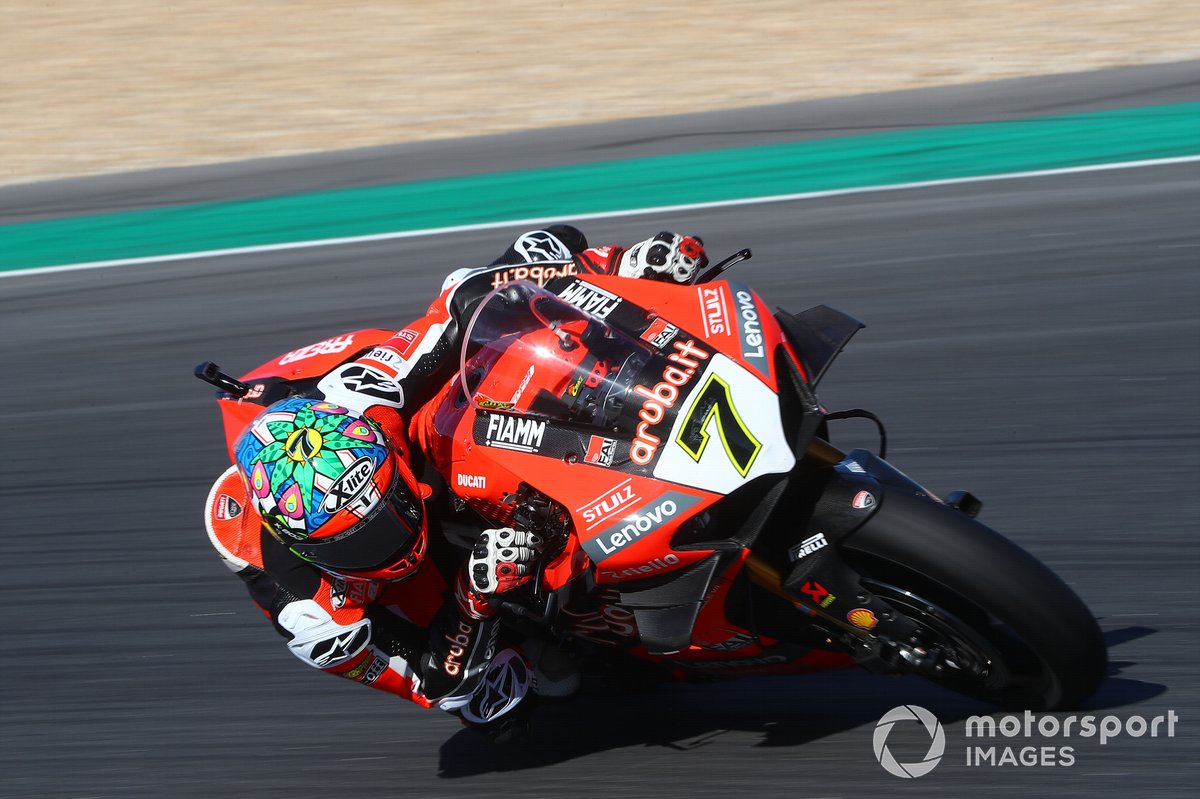