Although he never managed to win the title, Chaz Davies deserves the status of an all-time World Superbike great, and one that would have been champion had he had the fortune to be born in an earlier era.

While Chaz Davies took the World Superbike paddock by surprise with his decision to hang up his helmet at the end of the season, few would dispute that the 34-year-old has chosen the right time to bring down the curtain on his top-level racing career.

Having lost his factory Ducati ride after two tough seasons on the Italian marque’s MotoGP-influenced V4 R challenger, it was clear that any opportunity to challenge for the title that has eluded the popular Welshman had realistically passed. Combine that with the desire to spend more time with his young family and the injuries that have dogged what has been a gruelling campaign with the satellite Go Eleven team, and it was almost a no-brainer.

Still, Davies can bow out of WSBK with his head held high. Although he never won the title, he has taken 32 race wins, putting him seventh in the championship’s all-time win tally, and 99 podium finishes. And, with 28 wins for Ducati, he is firmly established alongside Carl Fogarty and Troy Bayliss as one of the Borgo Panigale manufacturer’s production bike greats.

The one thing that stood between Davies and the multiple titles a rider with a CV of his quality deserves, was the rider born just eight days before him in February 1987: Jonathan Andrew Rea. 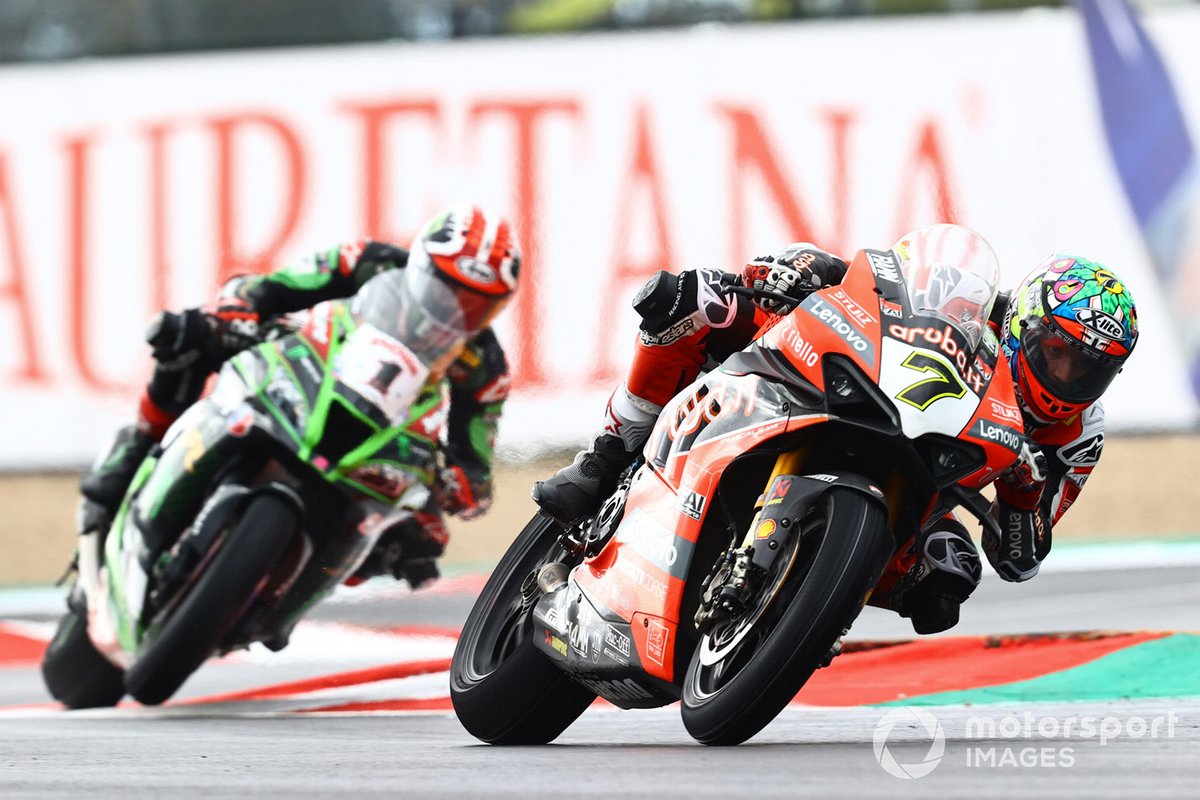 Davies was monumentally unlucky that his rise to prominence coincided with that of Rea, indisputably the greatest rider in WSBK history with six titles (and counting) on board the all-conquering Kawasaki. Davies was runner-up on three of those occasions, so remove the Ulsterman from the equation and Davies matches Bayliss’s haul of three titles.

In fact, had Davies been around in any previous era, or even if he’d just managed to get his big break that little bit sooner, he would have almost certainly won the championship. In that respect, he can be compared to a rider like Max Biaggi in MotoGP, or even Mikko Hirvonen in the WRC: extremely good, just not quite as good as the guy dominating at the time.

Davies’ route to the top was much less straightforward than that of Rea. While the latter was making his full-time WSBK debut in 2009, Davies was completing a three-year stint off the beaten track in America, where he had moved towards the end of 2006 after five largely fruitless seasons battling the odds in the lower ranks of the grand prix racing paddock.

After being picked up by Triumph for a full season of World Supersport in 2010, Davies demonstrated his potential the following year as he took a dominant title win before stepping up to WSBK in 2012 and taking a rare privateer win on his ParkinGO Aprilia. 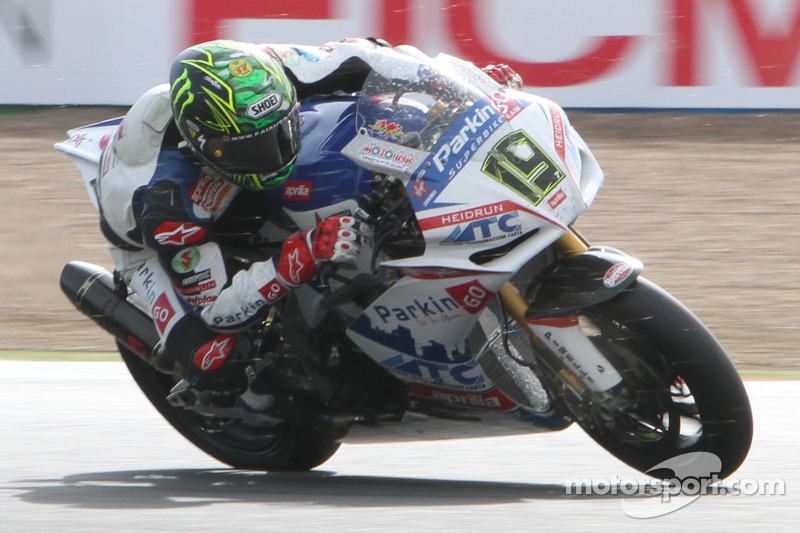 His performances with ParkinGO essentially set him up for the rest of his career: he moved to BMW in 2013, but with Feel Racing taking over the German marque’s works effort that season, Davies was in the right place at the right time when Feel was invited to form the new Ducati works team from 2014 onwards with the 1199 Panigale.

A new project allowed Davies the chance to establish himself as the team’s lead rider over teammate Davide Giugliano, but it wasn’t really until the following year that the Panigale became a winning bike, as newly-recruited general manager Gigi Dall’Igna’s influence was felt and Ducati re-established itself as a force to be reckoned with after some years in the doldrums.

It was just atrociously bad timing that Davies and Ducati coming good occurred in the same year that Rea moved to Kawasaki after six seasons of wasting his potential aboard substandard Honda machinery.

There’s an argument to say that Davies is the best-ever WSBK rider to fail to win a title. That's an honour often attributed to Noriyuki Haga, whose tally of 43 wins beats Davies comfortably. But the Japanese rider had a longer career and wasn’t constantly operating in the shadow of a rider like Rea, and certainly had opportunities to win the championship that he didn't capitalise on.

Davies on the other hand never really had a true glimpse of the title. The closest he got was in 2016, when a run of six wins at the end of the season propelled him to within 43 points of Rea, but the charge was too little, too late. And the irony was that season he was denied the runner-up spot in the standings by a swap between Kawasaki teammates Rea and Tom Sykes in the final race of the year in Qatar, which drew the ire of Ducati. 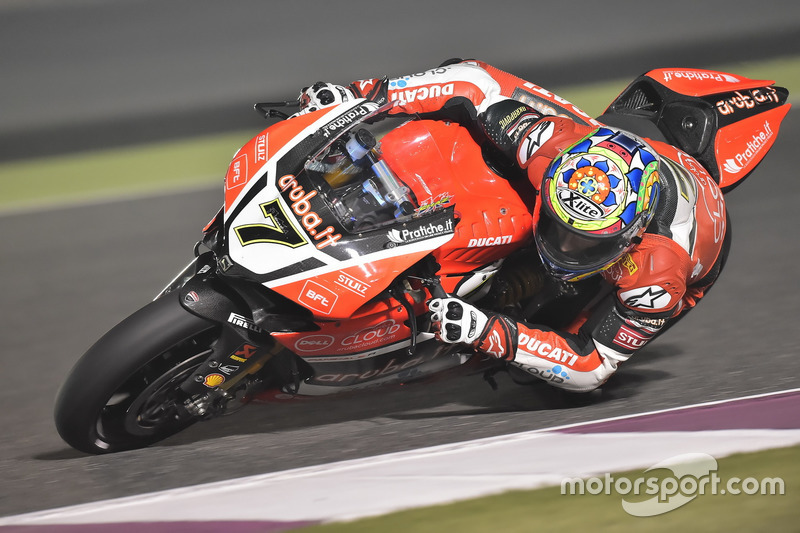 In 2017 and ‘18 Rea absolutely dominated as Kawasaki got on top of the teething issues that it faced in 2016 with the updated ZX10-RR, and in 2019, the introduction of Ducati’s V4 R and Alvaro Bautista’s arrival in the team essentially marked the start of the ‘down slope’ for Davies, culminating in the end of his tenure at the factory team after the 2020 season.

Could Davies have stayed in WSBK a little longer? Certainly, 34 is relatively early to call time on your career for a Superbike rider – Rea is showing few signs of slowing down at the same age, while Bautista and Sykes are both still going strong at 36 and the elder statesman of the field, Leon Haslam, is 38 and is eager to extend his stay in the championship.

There was talk of Davies potentially switching to Honda in 2022, fuelled largely by his personal relationship with team manager Leon Camier and his vocal frustration with what he perceived as Ducati’s lack of effort to improve the V4 R package. But Davies seemed to all but rule himself out even before HRC swooped to sign Spanish rookies Iker Lecuona and Xavi Vierge.

Even had the seat been on offer, nobody could blame Davies for calling it quits instead of embarking on the long, hard slog needed to make the CBR1000RR-R competitive with no guarantee of competitiveness - just look at Bautista, who is heading back to Ducati after two tough years at Honda.

After breaking two ribs in a crash at Barcelona, Davies hopes to be back on his Go Eleven Ducati in time for what looks likely to be the season finale in Argentina next month. Fingers crossed for a speedy recovery, so that one of the greatest riders in WSBK history can have the send-off he deserves. 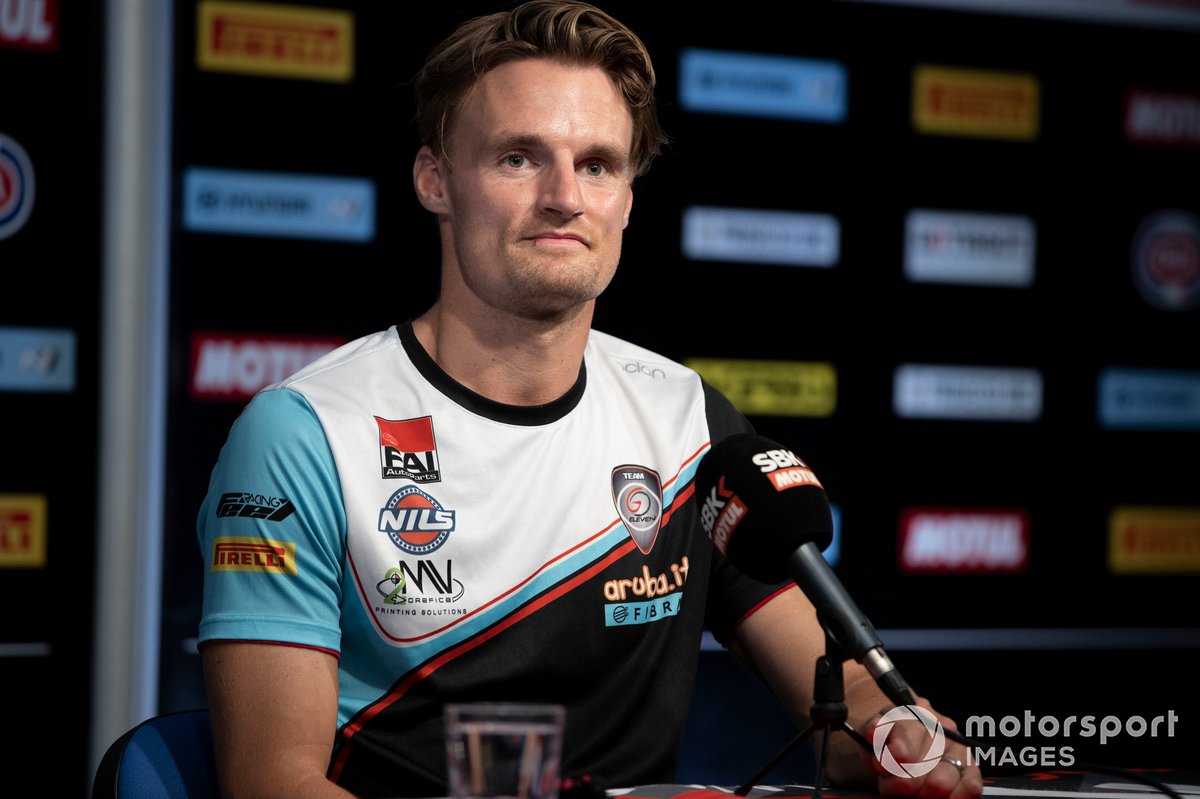