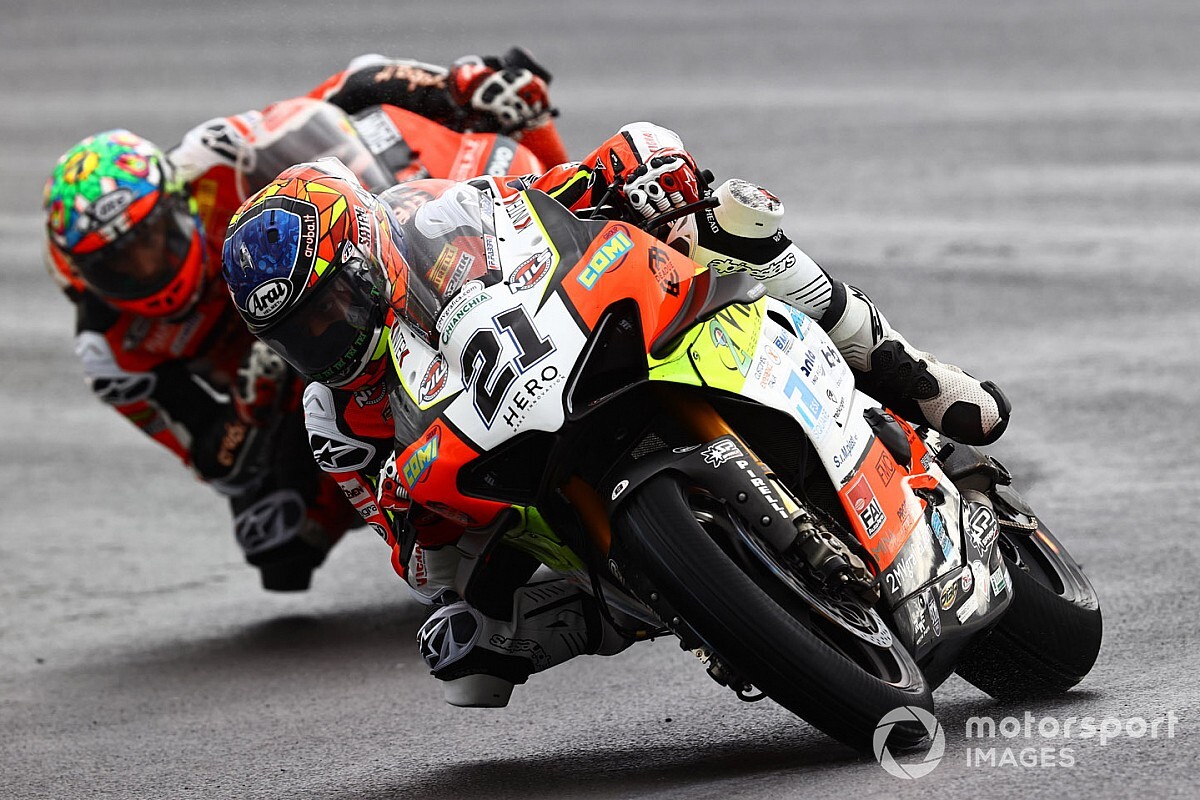 Michael Ruben Rinaldi will replace Chaz Davies in Ducati’s factory line-up for the 2021 World Superbike line-up, it has been announced.

Davies has been a part of Ducati’s WSBK fold since 2014, but question marks were being raised about his future with the Italian marque after he was outperformed by first Alvaro Bautista last year and then Scott Redding in 2020.

This has coincided with a strong second full-season campaign for Rinaldi, who claimed his maiden WSBK triumph at Aragon last month with the Go Eleven privateer team.

The Italian is currently the top independent rider in the standings in seventh place, one position and 31 points clear of the Ten Kate Yamaha of Loris Baz.

Ahead of this year’s season finale at Estoril, it was announced that Rinaldi will take the second seat at Ducati next year alongside Redding, who is on a two-year deal with the Italian marque.

“This year, Michael has shown great competitiveness, crowned by the Aragon victory, and has always been fighting for top positions. We believe that the time has come for him to join the official team and we are convinced that he has a bright future ahead of him.”

The announcement leaves an uncertain future for Davies, who argued earlier that month that Ducati should not just consider results but also recognise his role in turning the marque into a WSBK title contender while deciding its rider line-up for 2021.

“I want to thank Chaz, who has been an excellent ambassador for our brand over the past seven years and has achieved some very important results with us: 27 victories plus another 59 podium finishes and three consecutive second places in the World Championship,” Dall’Igna said.

“We will try to close our adventure together in the best way during the next race weekend in Estoril.”

Redding remains in mathematical contention of the 2020 WSBK title heading into Estoril, although Kawasaki’s Jonathan Rea is likely to seal a sixth consecutive title as early as the first race of the weekend.

Davies sits third in the championship with a round to spare, 59 points behind teammate Redding.