WEC’s 2017 LMP2 class set to be dominated by Oreca

The LMP2 class of this year’s World Endurance Championship is set to be a near-monopoly of Oreca machinery, with at least seven of the French marque’s cars likely to be on the grid. 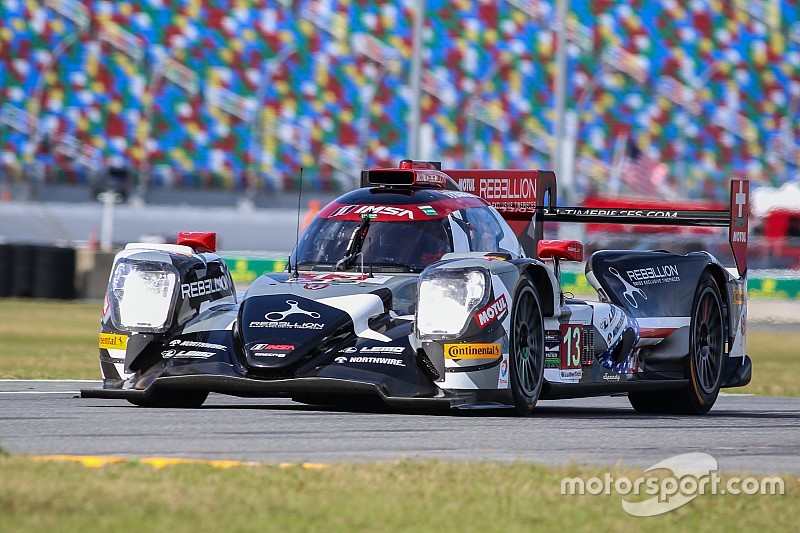 Oreca’s new 07 design is one of four permitted by rulemakers for the 2017 season in the secondary division, with Ligier, Dallara and Riley/Multimatic securing the remaining three franchises.

However, concrete plans for an entry from any LMP2 team not running Oreca machinery have yet to surface ahead of the official unveiling of the WEC and Le Mans 24 Hours entry lists on Thursday.

The five confirmed LMP2 entries so far – two from Rebellion Racing and TDS Racing, and one from defending champion outfit Signatech – are all using Orecas.

Manor and JOTA Sport, albeit no longer in partnership with G-Drive as per 2016, are also expected to appear on the WEC entry list, again with Orecas in both cases.

Ligier, on the other hand, is facing the prospect of being absent from the WEC grid for the first time since early 2014.

The French marque has sold a number of JS P217s to teams for the European Le Mans Series, but is looking unlikely to have a full-time representative on the 2017 WEC grid after ESM and RGR Sport both ran Onroak-built JS P2s last year.

ESM, which ran two cars last year, has switched its attentions to the IMSA WeatherTech SportsCar championship full-time, while 2016 class runner-up RGR Sport is believed to have missed a deadline to put together a financial package for a full season, but could yet appear later in the year.

Meanwhile, the chances of seeing a Dallara on the WEC grid appear to rest on a comeback for the KCMG team, which last raced in the LMP2 class in 2015. But this is thought unlikely to materialise, at least for a full-time campaign.

Dallara was also thought to be the chassis of choice for the mooted 'Cosmos GP' project headed by former GP2 driver Giorgio Mondini, but little news on the Swiss team's plans has surfaced in recent weeks.

The full-season entry for the LMP2 class, which stood at 10 at the start of last year, is therefore expected to range between seven and nine for 2017 - making for a prototype class of between 13 and 15, combined with five LMP1s (discounting the possibility of a third Toyota).

With the GT field looking set to remain stable at 13 cars, the overall size of the field is poised to stand between 26 and 28 for the Silverstone opener, although that number could rise later in the year.

BMW's entry into WEC's GTE Pro class and extra privateer LMP1 cars from Ginetta and Dallara/SMP Racing should see grid numbers back into the 30s for the 2018 season.