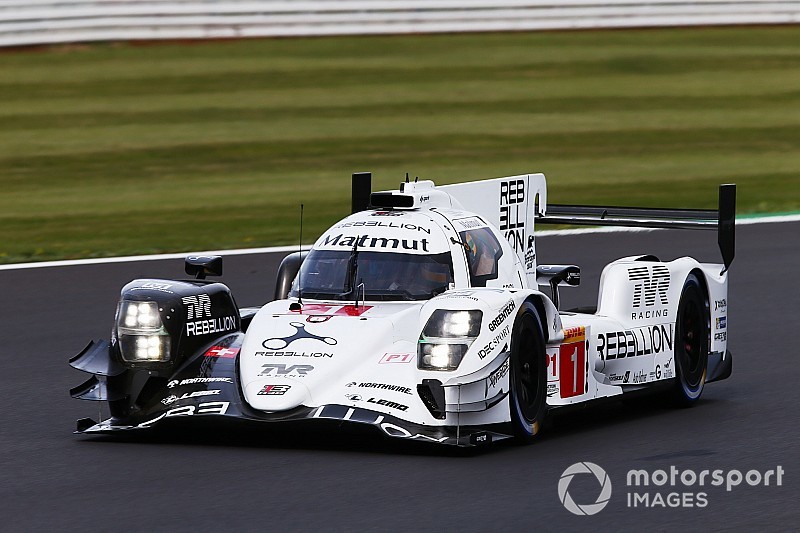 Rebellion Racing topped the timesheets in the opening practice session of the 2019/20 FIA World Endurance Championship season at Silverstone, beating Toyota by over four tenths of a second.

Despite running 54kg heavier than they did in the 2018 Silverstone race, the Toyotas were still 0.7s faster than they were in FP1 last year, helped by the British track's recent resurfacing.

Rebellion's second car, the #3, was fourth, 0.858s off the pace with ex-Audi LMP1 driver Loic Duval at the wheel, while the best of the Ginetta G60-LT-P1s was fifth.

LMP2 was led by United Autosports, with Filipe Albuquerque setting the class benchmark of 1m43.066s early on in the squad's newly-acquired Oreca 07.

That was enough to beat Nicolas Lapierre's benchmark in the Cool Racing Oreca by 0.404s, while third-fastest was the Racing Team Nederland Oreca in the hands of Job van Uitert, who is substituting for Nyck de Vries this weekend.

Michelin locked out the top three in LMP2, with the best of the Goodyear runners, the #37 Jackie Chan DC Racing, ending up fourth.

That demoted the #51 Ferrari 488 GTE driven by James Calado to second, while Aston Martin made it three different marques in the top three courtesy of Marco Sorensen in the #95 Vantage GTE.

TF Sport's new-generation Aston Martin topped the order in GTE Am with factory driver Jonathan Adam at the wheel, ahead of the works Vantage of Darren Turner.

Elsewhere in Am, there has been a driver change in the #56 Project 1 Porsche, with German youngster David Kolkmann substituting for David Heinemeier Hansson, whose wife is expected to give birth imminently.

It's understood however that there remains a chance Heinemeier Hansson could race alongside teammates Egidio Perfetti and Matteo Cairoli.

The session was delayed by 20 minutes due to a heavy crash at Stowe for Carlin driver Jack Manchester in the preceding European Le Mans Series session.