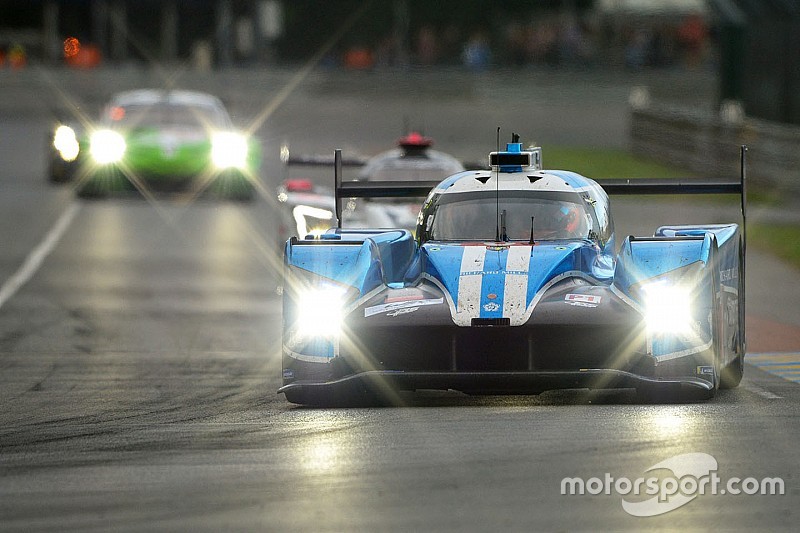 French engine builder Mecachrome has responded to Ginetta's announcement that it is replacing its V6 turbo engine in the G60-LT-P1 FIA World Endurance Championship contender.

Mecachrome used the word "surprising" to describe comments made by the British constructor and the Manor team, which gave its pair of privateer LMP1s a race debut in the Le Mans 24 Hours in June, on the release of news of their switch to the AER engine last week.

Ginetta's statement on Friday claimed the move would "provide the additional power that was missing on thE G60-LT-P1's competitive debut at the Le Mans 24 Hours", while Manor sporting director Graeme Lowdon said the new engine would "offer a significant performance step".

The announcement of the change of engine included the news that Manor, which is entered under the CEFC TRSM Racing banner, would miss the first post-Le Mans round of the WEC at Silverstone on August 19.

Mecachrome Motorsport director Bruno Engelric said: “There were regular complaints over the engine not being powerful enough in comparison to other units on the market, but from day one Ginetta and Mecachrome had agreed that the main objective was to finish Le Mans with the original engine specification.

“Reliability has to come first in endurance racing and if we were running with an additional 50bhp, the end result would have been the same, or possibly worse."

Mecachrome had always stated that it intended to introduce an upgraded version of the V6 34P1, which is a direct-injection version of the Formula 2 turbo powerplant, after Le Mans.

One Manor Ginetta reached the finish at Le Mans after spending nearly a quarter of the race in the pits, while the other went out in the 10th hour.

Mecachrome stated that the delays for the #5 car were not "solely attributed to engine issues" and that the retirement of #6 "was not the fault" of its technical team.

Engelric also pointed to the lack of testing by Manor and Ginetta, who did not race at the Spa WEC opener in May.

"Running less than 3000km in total with both cars prior to Le Mans was far from ideal," he said.

"We did not complete any running longer than two hours without stopping to fine-tune small details on the engine or the chassis side, which is normal for a brand new chassis-engine package."

The statement also revealed that Ginetta, which offered the G60 for sale with an engine lease, never signed the intended contract covering the full 2018/19 WEC superseason.

Mecachrome said that a revised contract covering only Le Mans was subsequently signed.

Engelric went on to express surprise at Ginetta's decision to switch to the AER P60B, which he described as "an engine which has been developed for years, yet failed to finish at Le Mans in June".

He thanked Ginetta for allowing Mecachrome to launch its LMP1 engine, adding that the constructor and its owner, Lawrence Tomlinson, were "incredibly supportive when the programme was in its infancy".

Aston Martin gets another BoP break for Silverstone