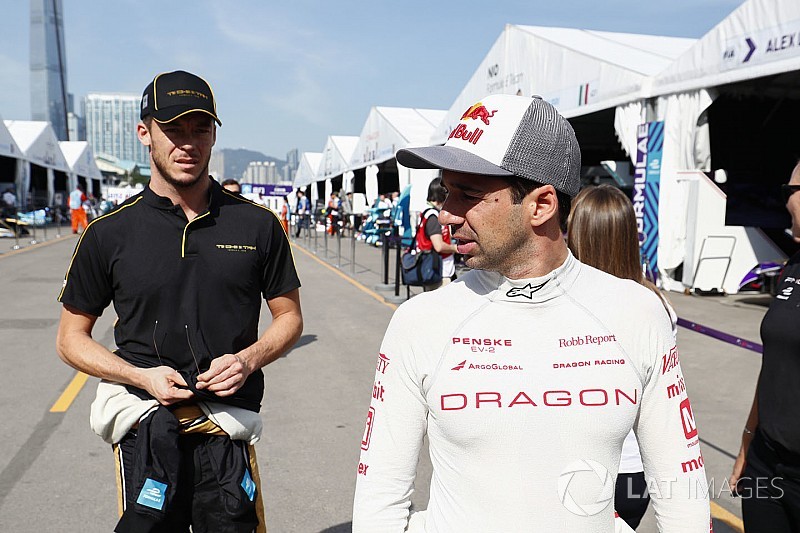 Porsche drivers Andre Lotterer and Neel Jani are set for an immediate return to LMP1 in the FIA World Endurance Championship with the privateer Rebellion squad next year.

The two Le Mans 24 Hours winners, who have been left without LMP1 drives by Porsche's withdrawal from the category, are understood to have agreed to join Rebellion for its switch back to LMP1 for the 2018/19 WEC superseason.

Both drivers, who remain under contract to Porsche, have found seats in Formula E, but there are no calendar clashes that would preclude them driving in any of the five WEC races next year.

No comment was available from Rebellion regarding the LMP1 move or its projected driver line-up, though it appears that the programme could be confirmed as early as this week.

Team boss Bart Hayden admitted at last month's Bahrain WEC finale that Rebellion was leaning towards ending its successful one-season foray in the LMP2 category of the WEC to move back into the premier class.

An appetite to return has coincided with a commitment by the series to give LMP1 privateers lap-time parity with factory hybrid cars and an upturn in interest in the class.

Hayden suggested in Bahrain that a decision could be made by the middle of this month.

Lotterer and Jani, who was part of Rebellion's P1 programme from 2009 until signing for Porsche for 2014, would join a driving roster made up of a mixture of team regulars and new faces.

Bruno Senna, part of Rebellion's LMP2 title-winning line-up this year, is set to stay along with Swiss driver Mathias Beche.

Menezes already has links with the Rebellion after making a one-off with the team at the Petit Le Mans IMSA WeatherTech SportsCar Championship finale at Road Atlanta in October.

It is believed that Rebellion will continue its relationship with Oreca, which built the team's R-One contender of 2014-16 and supplied the chassis for this year's P2 campaign.

Hayden has previously ruled out updating the R-Ones, as well as suggesting that the team "would want our own car" rather than buying an off-the-shelf car from Ginetta or BR Engineering.

An increased-capacity version of the normally-aspirated Gibson V8 LMP2 powerplant appears to be the most likely choice of engine.

Davidson feels back to his best after mid-year struggles