Marta Garcia says she feels she is 'back on the map' of junior single-seater racing after scoring her first W Series win at the Norisring last weekend.

The Spanish racer dominated last weekend's fourth round of the season at the Nuremberg street track, making a strong start from pole and keeping her pursuers at bay to secure her first-ever victory in single-seaters.

Garcia spent 2017 as a Renault Formula 1 junior before being dropped by the French marque after only a single season in Spanish F4, leaving her on the sidelines before the chance to be part of the inaugural W Series grid arose.

The 18-year-old says that makes every race she contests in the DTM-supporting championship even more important as she seeks to catch up with her more experienced rivals.

"At the start of the season my target was to be in the top five, and catch up on the experience I lost last year because I didn’t do any [car racing]," Garcia told Motorsport.com.

"I’m still trying to catch up, I’m still realising what’s better and what’s worse on the driving style, so it’s getting better each time.

"My last F4 race was in November 2017, and my first race this year was in May. So it was quite a long time [I was on the sidelines]. I needed to adapt again, I needed time.

Asked if she felt being a frontrunner in the W Series has helped to put her back on the map after her spell in the wilderness, Garcia replied: "Yeah, I think so.

"The W Series gives all the drivers quite high visibility, I think, so it’s helping for people to know me, also the teams in DTM. If you win, it’s more heard about. So it also helps to find sponsors, or maybe a place in a team [in the future]."

Garcia admits her mind has already turned to what she will do beyond the end of her W Series campaign, which concludes next month at Brands Hatch.

"I’ve talked to my manager about doing some races in Formula Renault in the last part of the year, but we still don’t know yet," she said. "It’s just a possibility.

"And then next year it would be good to do another year of W Series and Formula Renault. That would be the plan. But I don’t know yet, maybe we will know at the end of the season."

Garcia's Norisring victory puts her within 23 points of series leader Jamie Chadwick with only two races left this season, and 13 behind second-placed Beitske Visser.

On her title prospects, Garcia said: "I can still win the championship. It’s difficult, but it’s possible. But I would be happy with third for my first year.

"Now I try to focus race-by-race, to win, and then we’ll see later." 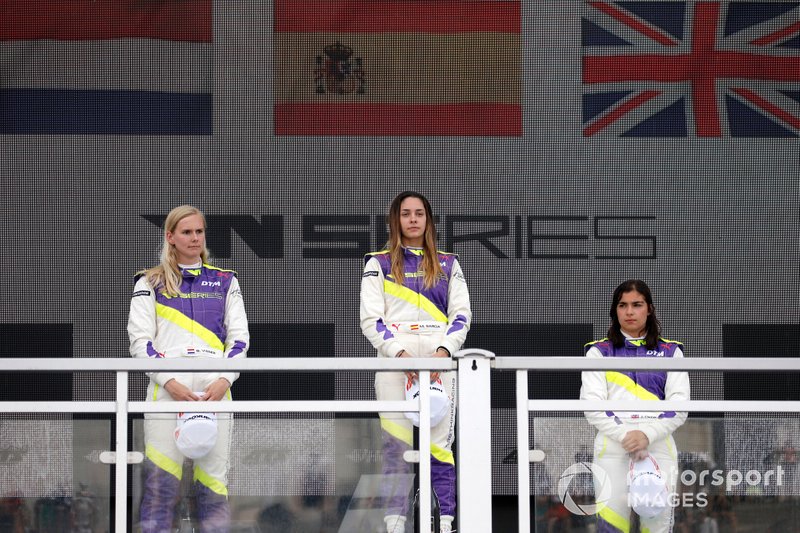