Marta Garcia is plotting an assault on the New Zealand-based Toyota Racing Series next January ahead of a likely return to the W Series in 2020.

Norisring race winner Garcia is one of 12 drivers guaranteed a place on the grid for the all-female series’ second season, having concluded the inaugural campaign fourth overall last weekend.

The former Renault junior says she plans to invest the $100,000 of prize money she earned into a seat in the TRS, whose new-for-2020 car is based around the same Tatuus F3 chassis used in the W Series.

“The plan is to go there [TRS] in January and do all the races to get experience and the feeling to be ready for the beginning of next season,” Garcia told Motorsport.com.

“It’s five race weekends and three races per weekend, so it will be great just for the experience and the kilometres. Also the tracks are not the easiest ones, more like Brands Hatch, so for me that’s also good.

“It will be good also to see where I am [against male opponents]; maybe it will be more difficult because the level will be higher, but I don’t know exactly.”

Garcia hopes the experience she accumulates in New Zealand will help her in her quest to challenge for the W Series title in 2020, having not raced for 18 months heading into this year’s campaign following her dismissal from the Renault junior scheme.

“I did one year now of W Series, but on its own it’s not enough, you need more kilometres,” she said. “If I do TRS, I can be there to fight for the championship, I hope, next year.”

Garcia’s eighth-place finish at Brands followed on from a lowly run to ninth at Assen, and the 19-year-old admits that the final two races of the season have exposed a weakness at high-speed tracks.

“These last two tracks I drove are the kind of tracks that don’t suit my driving style the best,” she said. “But I know already where I need to work on, so that’s good.

“Norisring is just two hard braking zones and one fast corner, and I was really good in the hairpins, so maybe that’s a track that suits me better. But I need to work on fast corners.”

Garcia added that she knew holding on to third place in the championship against Alice Powell, who won the Brands Hatch race, was always going to be a tough ask.

“I knew Alice had some back luck in some races,” she said. “So being realistic, I knew she was supposed to be in the top three. I knew it would be hard to keep third position.

“She won in the end, and I needed to be in the top three [to keep third], so it was impossible.” 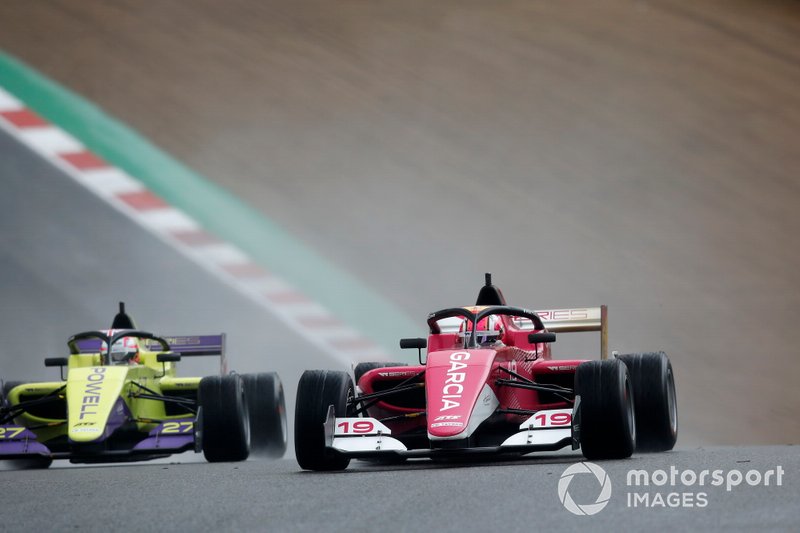