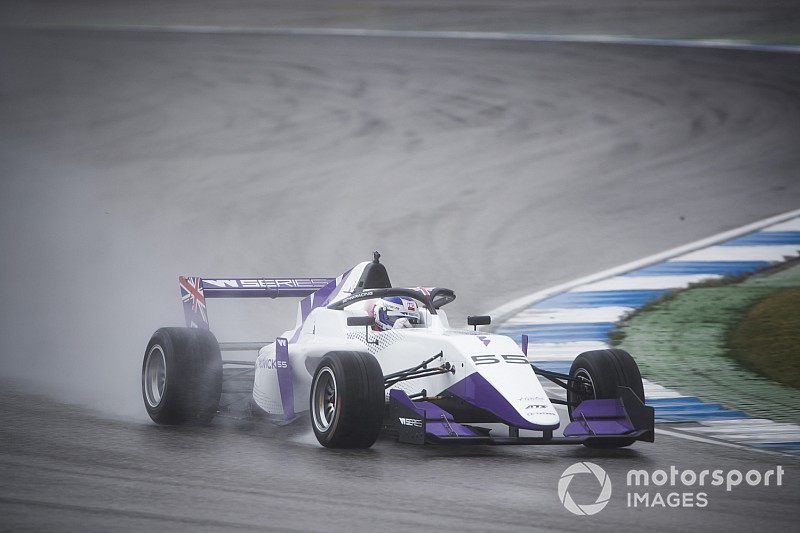 Chadwick, who also set the fastest time of the morning session, ended the afternoon with a time of 1m56.007 seconds, with Emma Kimilainen also second again by a difference of 0.074 seconds.

Chadwick and Kimilainen had traded fastest times throughout the session, with the Finnish driver the first to dip below the two-minute mark in wet and slippery conditions.

Fabienne Wohlwend was third, despite a late spin out of the exit of the final corner shortly before the chequered flag.

Bietske Visser ultimately took fourth place, having also challenged both Chadwick and Kimilainen for the fastest lap earlier on in the session.

British drivers Alice Powell and Sarah Moore, both returning to single-seater racing this weekend after a long hiatus, were fifth and sixth respectively.

Miki Koyama completed the top 10, which was separated by just over two seconds in total.

The wet conditions meant that running was twice interrupted by two separate short red flag periods - caused by spins into the gravel for Tasmin Pepper and Jessica Hawkins.

This marks only the second time the complete W Series field has run the Tatuus T-318 car in the rain, with one other day of wet running on the second day of the Lausitzring pre-season test last month.