Cam Waters believes Tickford Racing took another step towards regular race wins in the second half of the 2020 Supercars season. 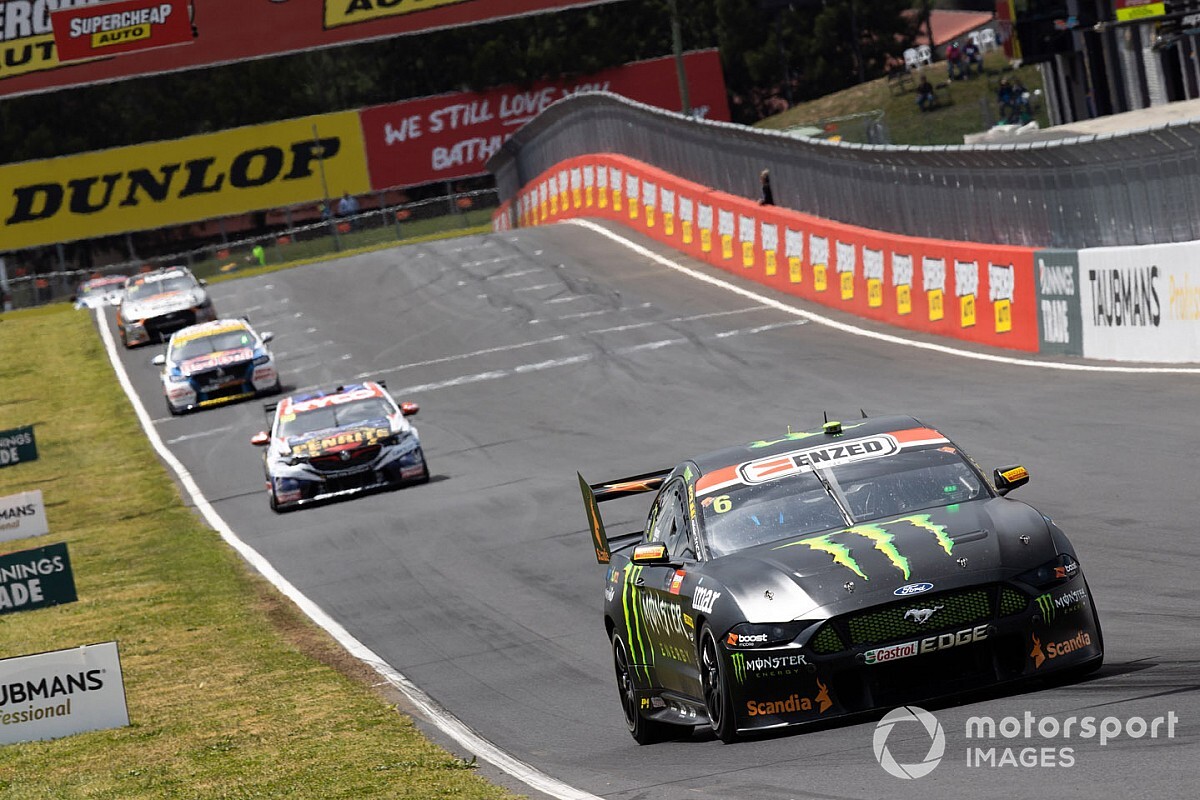 The 26-year-old enjoyed a strong end to the season, racking up his first solo Supercars race win at The Bend last month, before setting the pace across the Bathurst 1000 weekend.

Ultimately it was only track position that denied Waters and co-driver Will Davison victory at Mount Panorama, Waters unable to find a way past a determined Shane van Gisbergen after the Triple Eight ace used a short burst of rain to grab the lead.

Despite falling just short of the Bathurst win, the weekend was seen by many as a coming of age for Waters.

It's also put him squarely in the conversation about title contenders for 2021, Waters potentially Ford's big hope should Scott McLaughlin head to IndyCar as expected.

Waters agrees that he and the Tickford team have taken a step forward this year, something he partly puts down to the crew spending more than 100 days on the road due to the Melbourne lockdown.

"I think we've taken another step," he said. "I guess last year I had a lot of pace and just lacked that consistency. This year was just building on that.

"I think the whole period away, as a team, has been really good for us – seeing engineers and mechanics literally every day, that dialogue has probably helped us.

"We need a little bit more, but I think this year was really good for us as a team."

Waters finished the 2020 season second in the points, jumping Jamie Whincup after the seven-time champ crashed out of the Bathurst 1000.

But while that supports the theory he's the team leader now Chaz Mostert has left the squad, Waters says its a collaborative approach between the four drivers that's helping improve car speed.

"I don't really think about [being team leader], to be honest," he said.

"Even in the past, [Mark Winterbottom] was the team leader, and then maybe Chaz last year... but we'd all work together anyway, there was no real favourite car. We were always trying to push each other and do what's best for the team.

"Results-wise I've probably been the best at Tickford this year, but all the drivers have had a part to play in that, [as well as] all the engineers and the whole team.

"We're pushing together as one and that's where the improvements are coming."