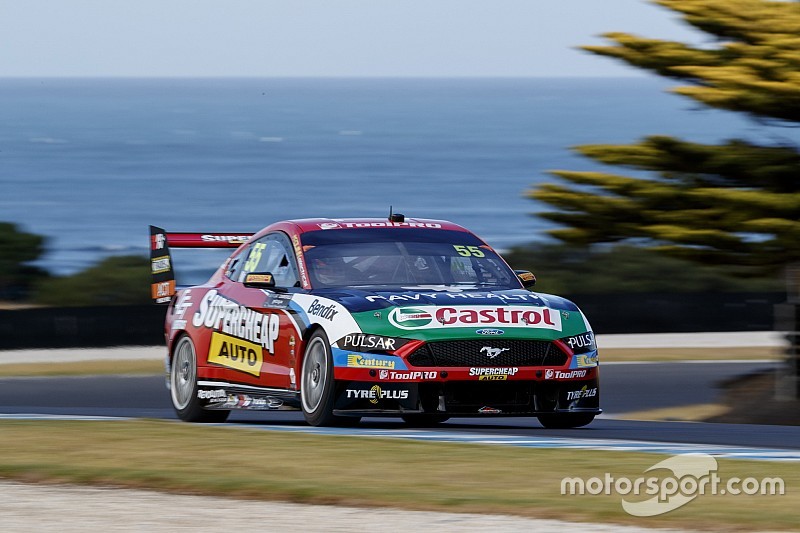 Tickford Racing's four drivers were still 'bitching and moaning' about the set-up of their Ford Mustangs at the Supercars test, despite a rapid showing that had them all in the Top 10.

Looking to bounce back from a difficult 2018 campaign, the Ford squad made a promising start to the 2019 season with a strong showing at last week's Phillip Island test.

Will Davison was fifth quickest in the new 23Red Racing customer car, new signing Lee Holdsworth capping off the impressive showing in 10th.

However single-lap success hasn't left the Tickford quartet satisfied with the new Mustang.

Team boss Tim Edwards says his drivers were still "bitching and moaning" about the car's handling, as the squad deals with the switch to linear springs thanks to the twin-spring ban.

"The reality is that the cars weren't behaving the way we wanted them to behave, but we've also lost trap springs as well so that's changed the philosophy on the suspension as well," Edwards told Motorsport.com.

"That's what we were working on all afternoon [at the test], trying to make headway on that.

"We ran good rubber at the end and they kept chipping away at it. By no means have we found utopia, the guys still weren't happy. On the last lap of the day they were still bitching and moaning about the handling of the car, so we've got plenty of work to do.

"It's a different philosophy not having the twin-springs, you've got to mechanically balance the car around that, so we've got to work our arse off to figure it out."

Not that it was all long faces in the Tickford garage; just getting four Mustangs to the test – let alone actually being quick – is something Edwards says was a huge achievement for the team.

"Irrespective of the laptimes I'm just really happy with how the cars ran," he said.

"The guys have put in so much work over the last few months – in particular the last two weeks. The lights have been on in the factory most of the night.

"Just for the team alone, to have four cars running successfully, they pretty much ran faultlessly, and that's a huge achievement.

"If you look at it from the outside you don't really how much work goes in to doing something like this."

Penske not ruling out 2019 Super2 programme