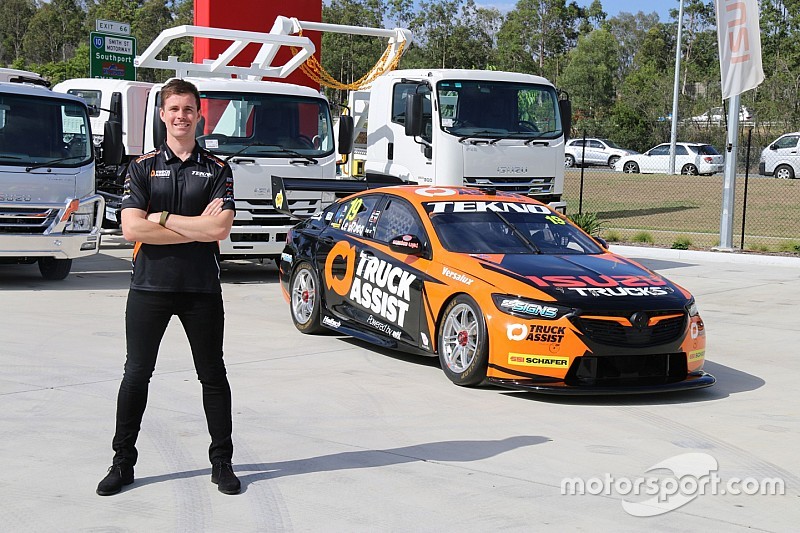 Le Brocq impressed by topping a highly-ranked rookie intake last year, however he admitted he was "behind the eight ball" in terms of updates to his Triple Eight-built Commodore at the back end of the season.

That's something he's hoping will change between now and the season-opening Adelaide 500, where he's hoping to have an update package that will bring his car in-line with those being run by fellow T8 customer squads Team 18 and Matt Stone Racing.

"The whole category, up and down pitlane, is always evolving with new bits and pieces throughout the cars," he told Motorsport.com.

"Hopefully by Adelaide we have the latest stuff and that puts us in line with the Triple Eight customer side of things.

"It should be really cool. Hopefully it helps us take that step forward and get the team further up the grid."

Should the upgrades arrive as expected, Le Brocq says he'll be using high-profile Team 18 recruit Mark Winterbottom as a benchmark throughout the season.

"You'd always like to beat [the Triple Eight customer cars], especially Frosty as we'll be sharing a boom so it's all about pit priority," he said.

"We're all going to be in pretty similar car, although there are always differences in the way we all drive them.

"We want to move forward this year. We had some good results last year, but I want to be more consistently in the Top 10 than I was in 2018.

"We've got a good crew, we've got the right equipment, hopefully we can do it."

That crew is markedly different to what it was last year, with former team boss Adrian Burgess and engineering guru Campbell Little both moving on to Supercars' technical department.

"It's going really well," said Le Brocq after his first day of working with Newton at least week's test day.

"It's one of those things, it will grow as the year goes on. It takes some time to develop and understanding of how everything works."