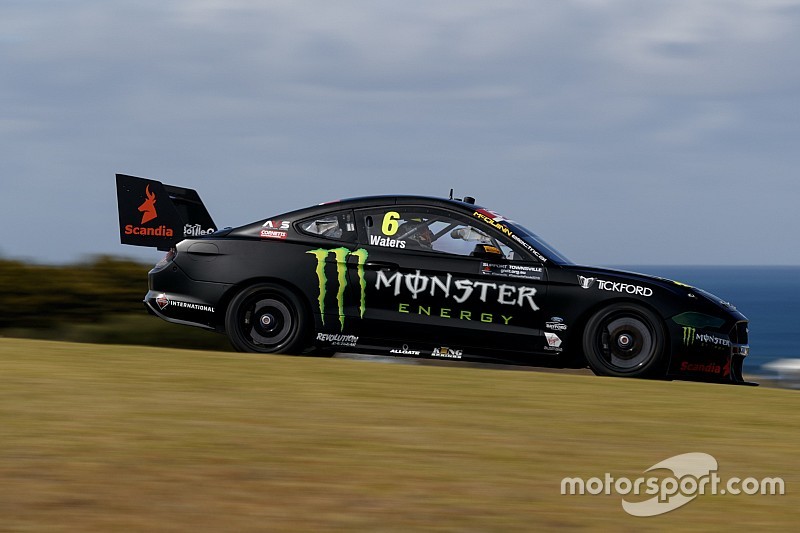 Cam Waters led a one-two-three for the new Ford Mustang at the official pre-season Supercars test at Phillip Island.

The late time from Waters knocked Fabian Coulthard down to second in the Penske Mustang, the Kiwi having gone quickest with a little under 90 minutes to go.

Chaz Mostert made it a Mustang top three with a best of 1m30.930s set 90 seconds from the end of the day.

David Reynolds ended the test fourth fastest, but it wasn't entirely straightforward for his Erebus squad.

The team was effectively kicked out of the test early in the afternoon after exceeding the 95 decibel noise limit a number of times and not being able to rectify the issue.

Tickford Racing was warned about noise levels too, adding a cowling around the end of the exhaust so that its four cars could continue for the remainder of the test.

Will Davison was fifth quickest on his return to the Tickford stable, while an early time from Scott Pye was shuffled down to sixth.

Anton De Pasquale ended up seventh despite not running after Erebus was kicked out of the session, while Scott McLaughlin was eighth quickest, but did set a number of quick first sectors.

James Courtney was ninth, while Lee Holdsworth capped off a promising day for Tickford in 10th.

There wasn't a single Nissan in the Top 10, Rick Kelly the best of the Altimas – running a new engine upgrade – down in 13th.

Even more surprising was a lack of Triple Eight hardware in the first 10, Shane van Gisbergen and Jamie Whincup 14th and 19th respectively.

Erebus kicked out of Supercars test after noise breach