Impul Nissan driver Kazuki Hiramine has described the final lap of the Motegi SUPER GT race as he ran out of fuel, handing a straightforward victory to the ARTA Honda team.

Hiramine was on course to score Impul's second win of the season after taking over from Nobuharu Matsushita in the lead, withstanding pressure late on in the race from Tomoki Nojiri's Honda.

But on the final lap of the 63-lap contest, Hiramine's #12 Nissan GT-R suddenly lost power exiting Turn 2, allowing Nojiri to sweep by for an uncontested victory for himself and ARTA teammate Nirei Fukuzumi.

Hiramine crossed the line in third, beaten to second place by the Racing Project Bandoh Toyota of Ritomo Miyata and Yuji Kunimoto.

"When I just passed the control tower [to start the final lap], I had no power," Hiramine told Motorsport.com. "We knew that the fuel had run out and the team talked to me on the radio and told me to wave [the car from side-to-side] and just a little bit [of power] came back after Turn 4.

"I was scared we wouldn't finish the race and finish on the podium. It's a big shame about the result but third is better than nothing. It's a little bit frustrating."

The Impul Nissan was the first car to stop of the GT500 runners on lap 23, shortly followed by the ARTA Honda that had been started by Fukuzumi.

That left both cars with a 40-lap run to the flag, but Hiramine doesn't believe that Impul took a risk by pitting so early.

"I think they didn't take too much of an aggressive strategy," he added. "But the team told me to manage just a little bit the fuel consumption in the beginning of my stint. Then they told me, 'okay Kazuki, you can push now' with around 10 or 13 laps to go." 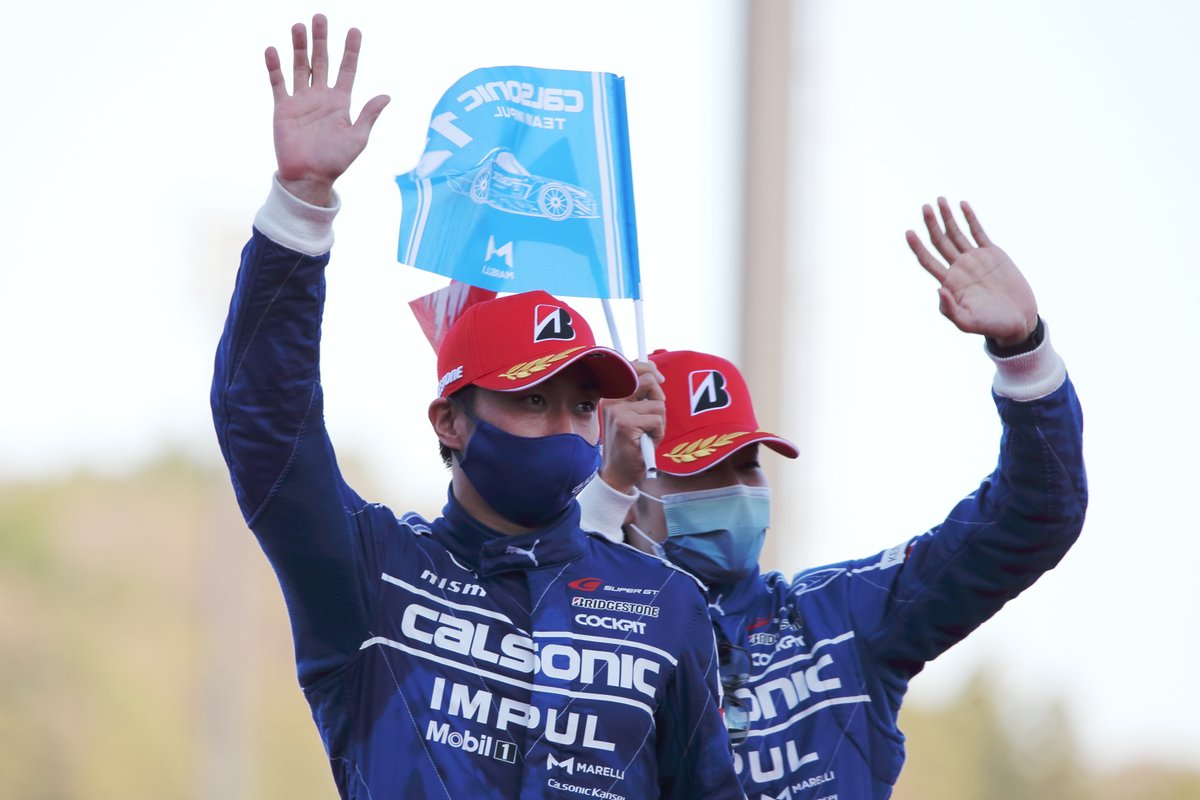 Matsushita, who had taken the lead away from the Bandoh Toyota of Kunimoto in his stint, was magnanimous about Impul's defeat.

"They wanted to be in front [of the ARTA Honda] after the pitstop so they did it as short as possible and then we were missing just this much fuel," the GT500 rookie told Motorsport.com.

"I don't think the engineer made a mistake. They said to Kazuki that the fuel is okay, so 'push, push, push', because the #8 [ARTA car] was pushing us. Then he started to push and the last lap it happened. So it's something we couldn't predict.