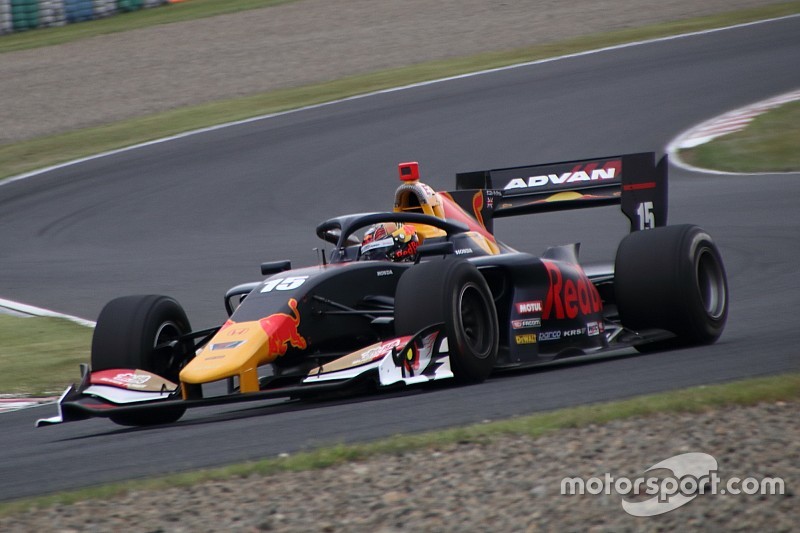 It was defending champion Naoki Yamamoto who initially held the top spot with his soft tyre effort of 1m27.014s, before a flurry of quick times in the final 10 minutes shook up the order at the front.

Ex-Formula 2 driver Nirei Fukuzumi was the first to break the 1m27s barrier, dislodging Dandelion Racing teammate Yamamoto from the top of the timesheets with a 1m26.693s flyer.

Alex Palou, who qualified on the front-row on his debut at Suzuka, edged out Fukuzumi by over two tenths of a second, before Ticktum settled the fight in his favour with a last gasp attempt that yielded a time of 1m26.170s.

It marked the first time Ticktum topped a Super Formula session since he made his debut in the category last year.

Palou (Nakajima Racing) and Fukuzumi held on to second and third with their respective laps, while reigning Japanese F3 champion Sho Tsuboi (Inging) jumped up to fourth with his late effort of 1m26.805s.

Kazuya Oshima was fifth fastest for Team LeMans ahead of B-Max with Motopark driver Lucas Auer, the last of the drivers to set a lap under the 1m27s mark.

Yamamoto slipped to seventh in the final order after electing not to run in the dying minutes of the session, while Nakajima Racing’s Tadasuke Makino finished just 0.019s adrift of his countryman in eighth.

Koudai Tsukakoshi, who returned to the Real Racing cockpit this weekend as a replacement for the axed Tristan Charpentier, lodged the ninth quickest time of the day, nine tenths off Ticktum’s chart-topping time.

Several notable drivers finished well off the pace, including Suzuka winner Nick Cassidy, who was classified 19th among the 20 runners.

Ex-F2 frontrunner Artem Markelov (LeMans) could only muster the 16th fastest time, while Harrison Newey (B-Max with Motopark) propped up the timesheets in 20th position.