Carl Edwards gets the pole at Kansas Speedway 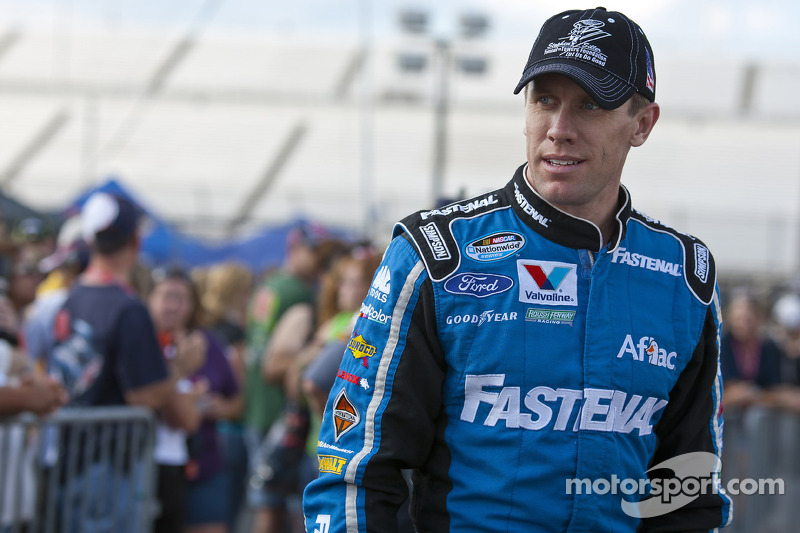 Carl Edwards posted a lap time of 31.483 seconds in the No. 60 Roush Fenway Racing Ford to claim the pole starting spot during qualifying for the Kansas Lottery 300 NASCAR Nationwide Series race at Kansas Speedway on Saturday. Brad Keselowski was second in the No. 22 Penske Racing Dodge with a 31.527-second lap. Ryan Truex Jr. claimed the third starting position with a 31.566-second qualifying lap in the No. 20 Joe Gibbs Racing Toyota.

“We did not make a qualifying run in practices, so it was a shot in the dark.

“We did not make a qualifying run in practices, so it was a shot in the dark,” Edwards said.

Series rookie Blake Koch held the provisional pole for quite some time after a qualifying lap time of 32.165 seconds in the No. 81 MacDonald Motorsports Dodge as weather conditions heated up the track, making it slicker and slowing down lap times. He was knocked from the top by Joe Nemechek who turned in a 32.057-second lap in the No. 87 NEMCO Motorsports Toyota. Koch dropped to 18th and Nemechek to 13th by the end of qualifying.

“I had a good lap,” Nemechek said. “I really messed up three and four. I tried to run wide open and almost did it.”

Nemechek occupied the provisional pole until faster cars and improving track conditions resulted in the car number atop the scoring pylon changing with practically each car that went out. After sitting on pit road as NASCAR cleaned debris off the race track, Kenny Wallace took the pole from Nemechek with a 31.926-second lap in the No. 09 RAB Racing Toyota. Joey Logano then took the top spot in the No. 18 Joe Gibbs Racing Toyota with a lap time of 31.841 seconds, only to be replaced up front by the next car on the track -- the No. 70 ML Motorsports Chevy that David Stremme got around Kansas Speedway in 81.732 seconds. Wallace was shuffled back to 11th, Logano to eighth and Stremme to sixth by the end of the qualifying session.

Stremme’s time at the top was also short-lived, as Truex claimed the provisional pole soon after. 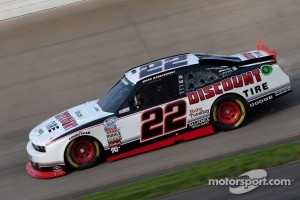 “I felt pretty good,” Truex said soon after his qualifying attempt. “The track has a lot of grip right now.”

Truex stayed in the front spot for a while, as both Joe Gibbs Racing teammate Brian Scott in the No. 11 Toyota and Paul Menard in the No. 33 Kevin Harvick Inc. Chevrolet came close but fell just short of knocking Truex from the provisional pole. Scott’s lap time of 31.701 seconds was good enough for fifth, and Menard claimed the fourth starting spot with his 31.635-second lap.

“That was the most exciting qualifying lap I’ve made all year,” Scott said.

Edwards was the driver to finally knock Truex off the pole. Truex was eventually shuffled back to the second row when Keselowski claimed the front row starting spot alongside Edwards. Edwards and Keselowski had the two fastest cars in practice on Friday before many teams switched over to qualifying trim.

Forty-eight cars tried for the 43-available positions on the starting grid. Drivers who failed to get into the race included Dennis Setzer, Tim Andrews, Danny O’Quinn, Jennifer Jo Cobb and Mark Green. 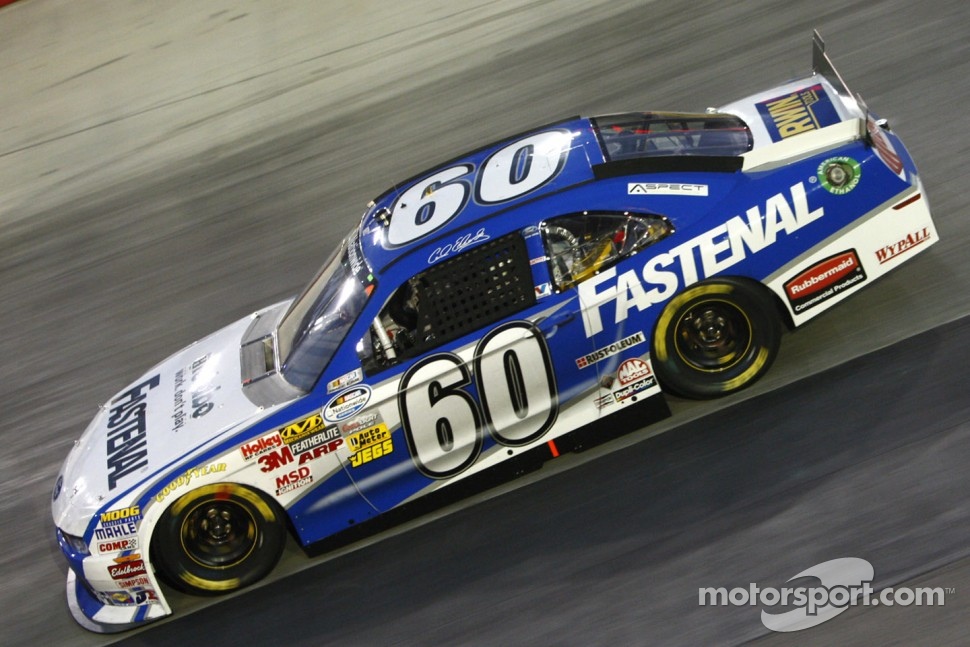 Keselowski runs away from field for win at Kansas Speedway