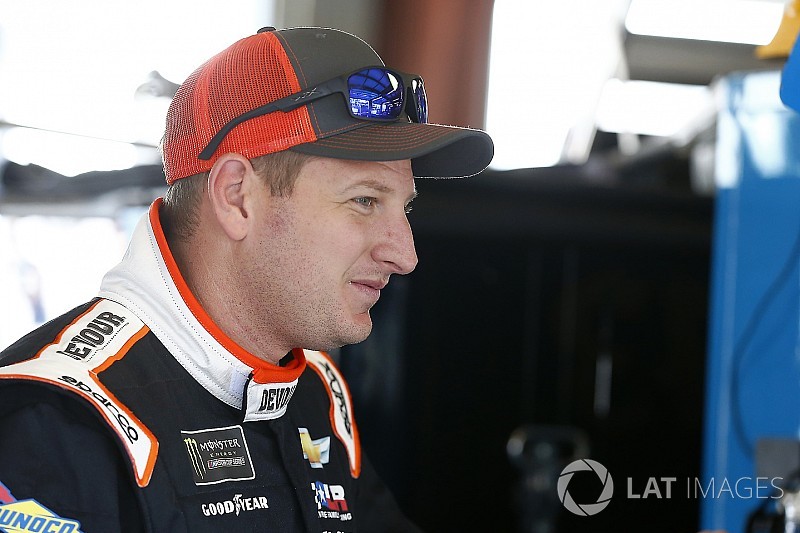 Here's this week's questions from fans for the NASCAR team at Motorsport.com.

What car number in NASCAR's premier series has been awarded a series championship with two or more different drivers? For example, Bobby Labonte and Kyle Busch have both won the championships in the #18 car. I've done my fair share of googling but haven't yet found the answer.

Tracy, here is answer to No. 1 thanks to NASCAR stat crew:

Why doesn't NASCAR use lug nuts like industry car? One lug to tighten. I would believe this would be safer for the driver and crew.

Hey Mantruck, I talked to Joe Piette, pit crew coach for Stewart-Haas Racing, about your question. He believes changing lug nuts on the wheels more mimics the passenger vehicles on the streets. Piette added that if NASCAR went to a one-lug nut style wheel there would be additional cost for changing suspension components. Personally, I wouldn’t want to lose any of the human elements to pit stops. I don’t think the pit crews receive enough props for their performance. Generally, you only hear about a pit crew member when he makes a mistake. Earlier this season, there was talk of perhaps replacing the jack man with a hydraulic jack. Fortunately, that sentiment has cooled as well. – Lee Spencer

Why are those slow drivers still in the race each week? If they can't drive fast, why even be out there in the way?

Thanks Thomas, the NASCAR race director sets a minimum speed all competitors must at least maintain to be able to stay on the track. If a car can’t meet the minimum lap time set forth by NASCAR race control, they are black flagged and made to pit their car and work on it to bring it up to minimum speed or they are not allowed to continue to participate in the race. – Tim Southers

With Kasey Kahne getting the ride at LFR, what does that mean for Michael McDowell? I think he did a good job for that team. Thanks, David

Hey David, I heard McDowell in a radio interview and while he didn’t sound like he had a job locked down for next year, he remains optimistic. Could he be headed to Front Row Motorsports? That rumor emerged late this week. McDowell has the support of K-LOVE, as well as other sponsors. McDowell, 32, has been on the tour for 10 years. Certainly, 2017, has been his best season to date. McDowell scored his first career top-five finish at the July Daytona race. He’s currently 25th in the standings and has reached a career-high average finish of 21.6. McDowell is a very pleasant guy. I wish him the best. – Lee Spencer

NASCAR Roundtable: Looking ahead in the playoffs and Silly Season 2018