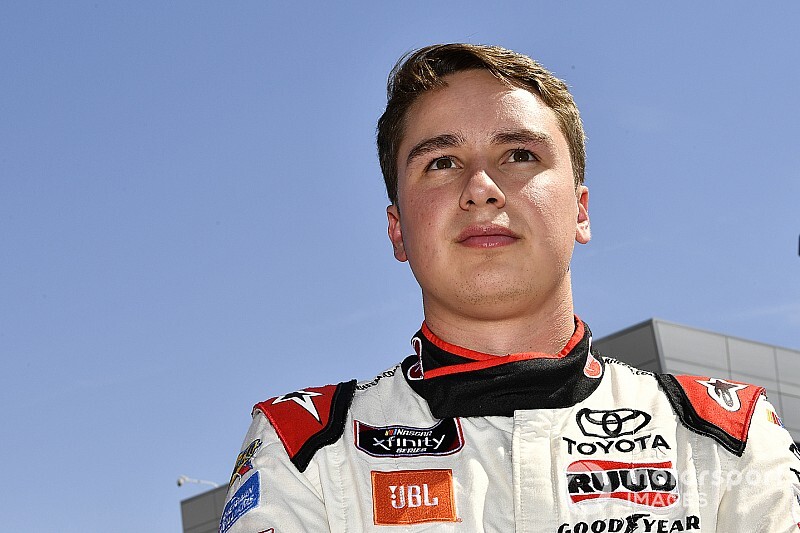 As expected, Christopher Bell will move up to the Monster Energy NASCAR Cup Series in 2020 behind the wheel of the No. 95 Leavine Family Racing Toyota.

Bell will have sponsorship from Rheem and Procore. Additionally, the technical alliance between LFR and Joe Gibbs Racing that began earlier this year will be "enhanced" for the 2020 season.

The Norman, Oklahoma native will make his MENCS debut in 2020 Daytona 500 at the age of 25. He joined Toyota Racing Development as a rising star in 2013 and won the 2017 Truck Series title with Kyle Busch Motorsports.

“Since I was young, I wanted to make a career out of racing,” said Bell. “To take this next step and race in the NASCAR Cup Series with the support of LFR, JGR and Toyota is just a dream come true. It also means a lot to me to have Rheem make the move to Cup racing with me. I wouldn’t be in the position I am today without their support and I’m also excited to have the opportunity to represent Procore now.

“Having been under the JGR banner these past seasons in the Xfinity Series and with TRD for as long as I can remember, having their continued support as I transition to LFR is extremely comforting and will be a tremendous benefit to me. I can’t wait to close out this season in the Xfinity Series with a strong run, and I’m looking forward to the challenge that awaits in 2020.”

“I’ve said from the start, I want this team to be competitive,” said Bob Leavine, LFR team founding owner. “Christopher is one of the most talented drivers we’ve seen come up through NASCAR’s ranks and together, with JGR and Toyota’s support, I’m confident our team will continue to grow, just as it has this past year. We’re certainly happy to continue to progress our relationship with both JGR and TRD as the technical partnership takes the next step forward.”

Matt DiBenedetto, who currently drives the No. 95 for LFR, will move over to the Wood Brothers next season.