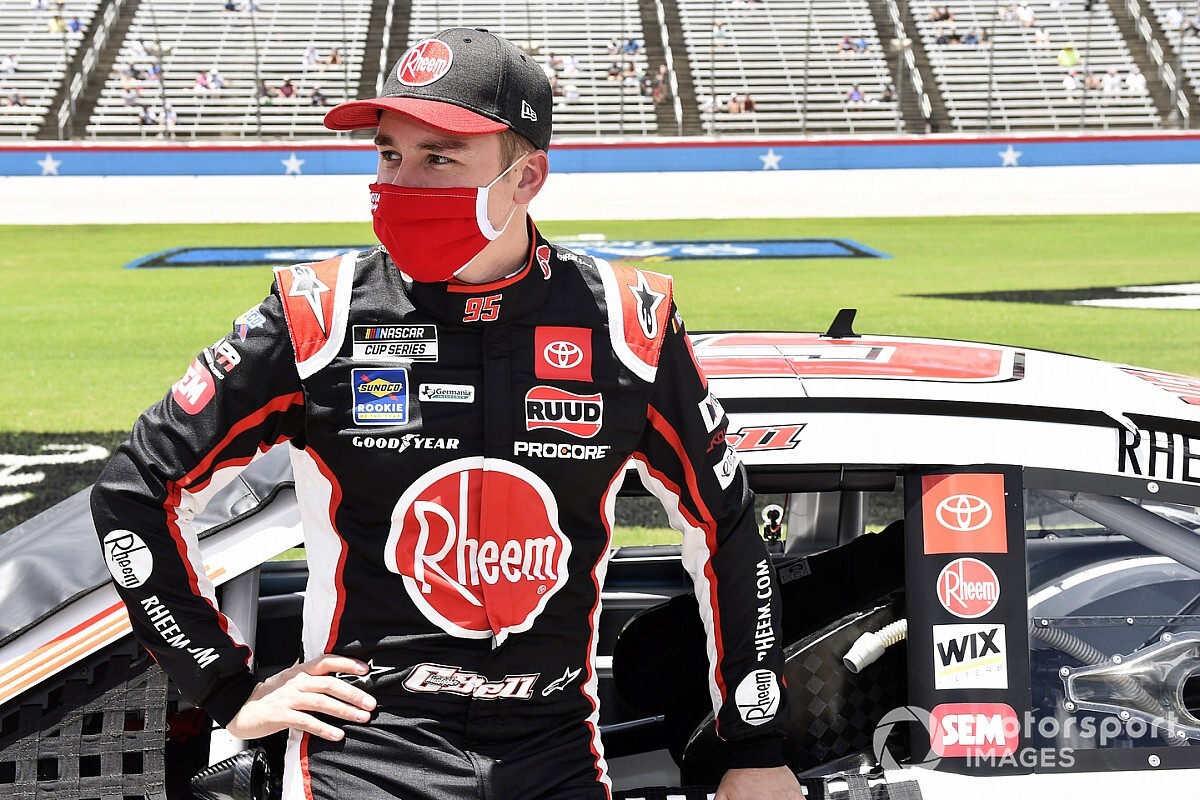 It may have seemed like a forgone conclusion to many, but when Leavine Family Racing announced its sale, Christopher Bell wasn’t so certain about his NASCAR future.

Joe Gibbs Racing confirmed Monday Bell will move to its No. 20 Toyota Cup team next season, replacing current driver Erik Jones, now that LFR’s charter and assets will be acquired by Spire Motorsports at season’s end.

Many assumed at the time of LFR’s decision Bell would somehow find his way into the JGR stable, but he admits he was “pretty scared” for a while because at first it appeared there was nowhere to go.

JGR currently fields the maximum four Cup teams with drivers Jones, Denny Hamlin, Kyle Busch and Martin Truex Jr. and in recent weeks Jones had indicted he was in negotiations for a contract renewal.

“I knew that once LFR shut down, there was only one place for me to go and the No. 20 car has obviously got a great driver in there right now,” Bell, 25, said.

“‘How is that going to work? How am I going to be able to go to JGR whenever they’re full?’ Unfortunately my homecoming so to speak was at the expense of another driver.”

JGR opted not to renew Jones’ contract to make room for Bell. The difficult decision was compounded by the fact both drivers had traveled a very similar development plan in NASCAR with backing from Toyota.

Both had extensive experience and success in the Truck and Xfinity series with support from Toyota before advancing to the Cup series, Jones in 2017 and this is Bell’s rookie season.

Bell acknowledged the “uncomfortable” situation that exists knowing his Cup career will continue while a fellow young Toyota-back driver must seek a ride elsewhere.

Hoping for Jones to find success

He also knows Jones’ success in the No. 20 the remainder of the 2020 season is important not only to Jones’ NASCAR future but also to his own.

“I’m going to be cheering for Erik, just as everybody is at Joe Gibbs Racing, just hoping that he gets a nice solid deal and lands on his feet,” Bell said. “I’ll be cheering for him and trying to race him with as much respect as I can, just like every other competitor.

“It’s really important that he does well this year in the 20 car for my future next year as well.”