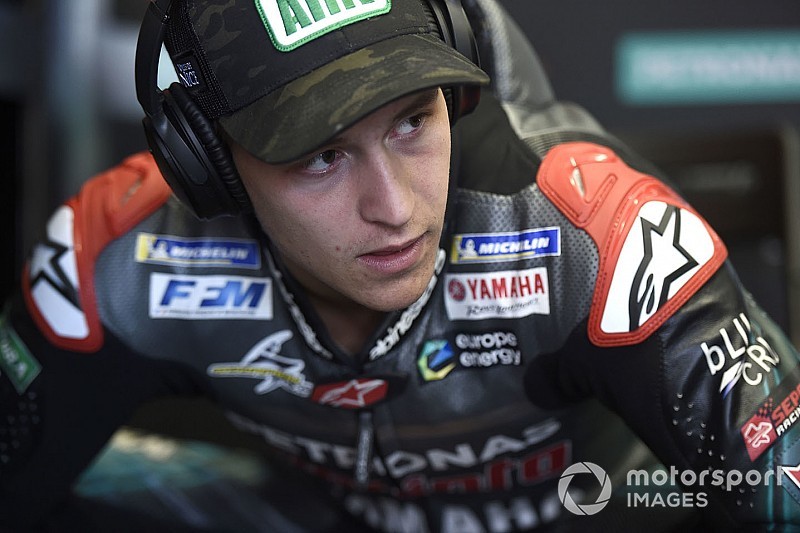 Petronas SRT MotoGP rider Fabio Quartararo has undergone surgery for arm pump in Barcelona, but is expected to be fit for the Catalan Grand Prix next weekend.

Quartararo, who finished last week's Mugello race a distant 10th having started from second, blaming his inability to rise through the order on an overheating front tyre.

The SRT rider also experienced problems with arm pump at the hard-braking Mugello circuit, and though the issue was not urgent, he opted to have it operated on ahead of the Barcelona race.

The one-hour operation was carried out by famed MotoGP doctor Xavier Mir and his team at the Dexeus hospital in Barcelona on Tuesday morning, and was deemed a success.

He will remain under observation for a further 24 hours, and is due to begin rehabilitation in the next couple of days.

“It's an operation that we hadn't previously scheduled, but which we decided to go ahead with after discussions with Dr. Xavier Mir following the Italian GP,” said Quartararo.

“The conditions I experienced last Sunday weren't normal, and they alerted us to the possibility of an arm pump issue.

“I preferred to have it treated now, in order to avoid any surprises in the future and be able to forget about it for the rest of the season.

“It was a short operation and one often performed on many riders, and was done by an expert on the matter. I want to thank Dr. Mir and his team for their availability and their work."

MotoGP rookie Quartararo has proven to be a sensation on his customer Yamaha, claiming a pole position at Jerez, and currently sits 12th in the standings with 31 points.

At Barcelona last year, Quartararo secured his debut grand prix win in the Moto2 race, which ultimately secured him his place with the SRT squad in MotoGP.