Aleix Espargaro says his Valencia Grand Prix qualifying was “ruined” by a “big mistake” from MotoGP race direction, who wrongly flew a yellow flag at the end of Q2.

The Aprilia rider was left baffled at the end of Friday for a mystifying lack of pace, but was much stronger on Saturday, topping FP3 in the morning.

Despite a small crash in FP4, Espargaro continued his strong form in the session and was on course for a strong qualifying.

But he was caught out in the closing stages by the yellow flags for Francesco Bagnaia's crash at Turn 2, and then couldn't complete his last lap after finding yellow flags on the main straight.

He says this was a result of race direction wrongly putting a caution out for poleman Jorge Martin running off track after celebrating his lap, with Espargaro left down in 12th as a result.

"In qualifying I had very bad luck, sincerely," Espargaro said.

"I had the crash of Pecco in front of me, and then in the last lap there was a big mistake from race direction because they put a yellow flag in the straight on the [LED] panels, and there was no crash.

"It was just Martin going wide after celebrating the pole position, but you cannot put out a yellow flag when there is nobody on the gravel.

"I went to race direction because I was very angry, they just said, 'sorry, it was a mistake'. 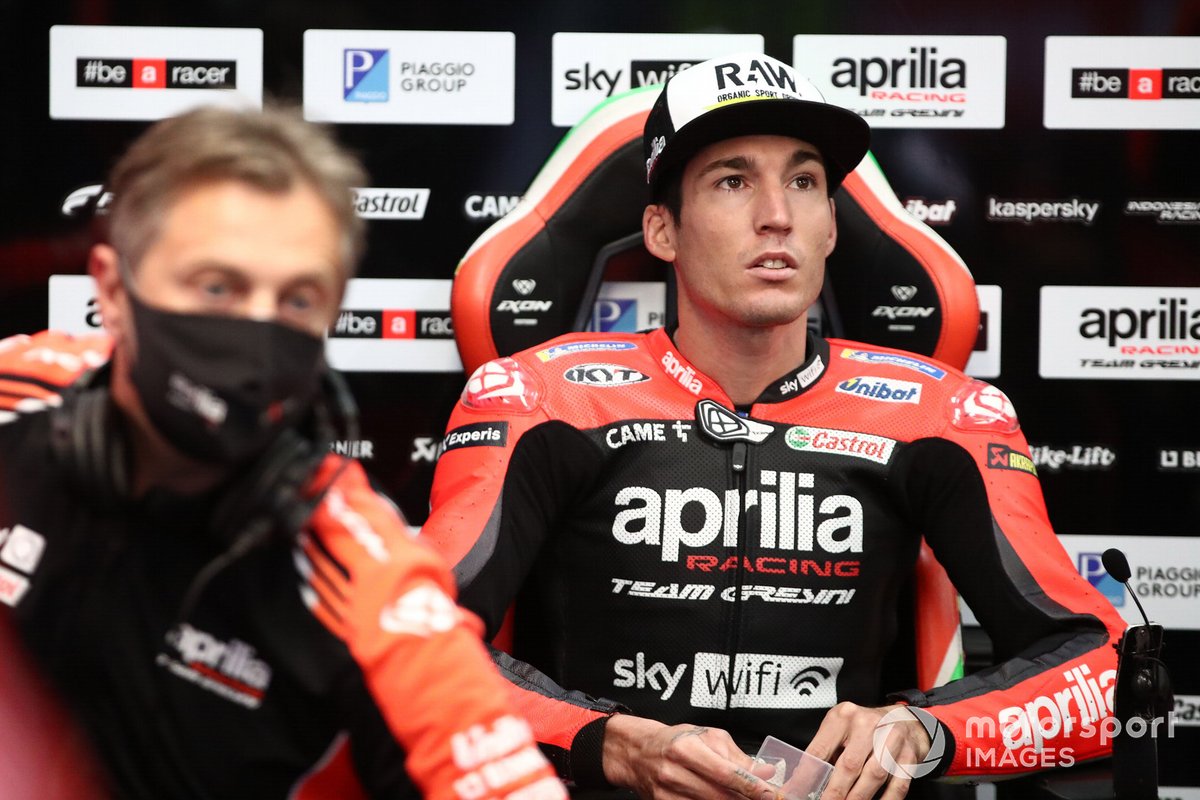 "It can happen, but it ruined my qualifying because I couldn't put in a lap, so starting from 12th place will be a little bit difficult tomorrow.

"We have strong pace, I think I was ready to fight for the podium, but starting from 12th place it's going to be a little bit more difficult."

Espargaro says usually Aprilia doesn't change much on the bikes during a weekend, but made extensive alterations after his difficult Friday.

"Normally we don't change the bike so much one day to the other, but we did," he added.

"We made the bike shorter, we changed also the suspension quite a lot, we changed the front [brake] disc cover, we did completely different things to try to increase the front temperature.

"Basically we changed a lot of things. And it worked, I was immediately fast this morning with the medium race tyre, and then with the soft tyre I put in a good lap.

"I'm satisfied. In FP4 I had a small crash, but then I take second bike and with the used tyre from this morning, close to 20 laps [on it] I managed to stay in 1m31s high, which is very good."