Valentino Rossi hailed his Saturday at the Valencia Grand Prix as “great” and says gaining direct entry into Q2 in FP3 “changed everything” for his final MotoGP qualifying.

Ahead of his 432nd and final MotoGP appearance, Petronas SRT rider Rossi qualified inside the top 10 for just the fourth time this season having made it directly into Q2.

Having ended Friday's running last – albeit just 1.6s off the pace – Rossi managed to qualify 10th at on Saturday afternoon, missing pole by just 0.810 seconds and ending up just over a tenth from top Yamaha runner Fabio Quartararo in eighth.

"For me and for us, it was a great Saturday," Rossi said.

"Very positive from this morning because already from FP3, I improved the feeling with the bike, with the tyres, with the setting, and I was not so bad.

"And in the end I was able to stay in the top 10 and go directly into the Q2.

"This changed everything a lot. Also, in the afternoon I was not so bad in the FP4, we tried some different tyres and after in the qualifying I was able to improve my lap time to a 1m30.7s and stay in the top 10 another time, very close to the first Yamaha.

"This is a great feeling for me and for the team in my last race. 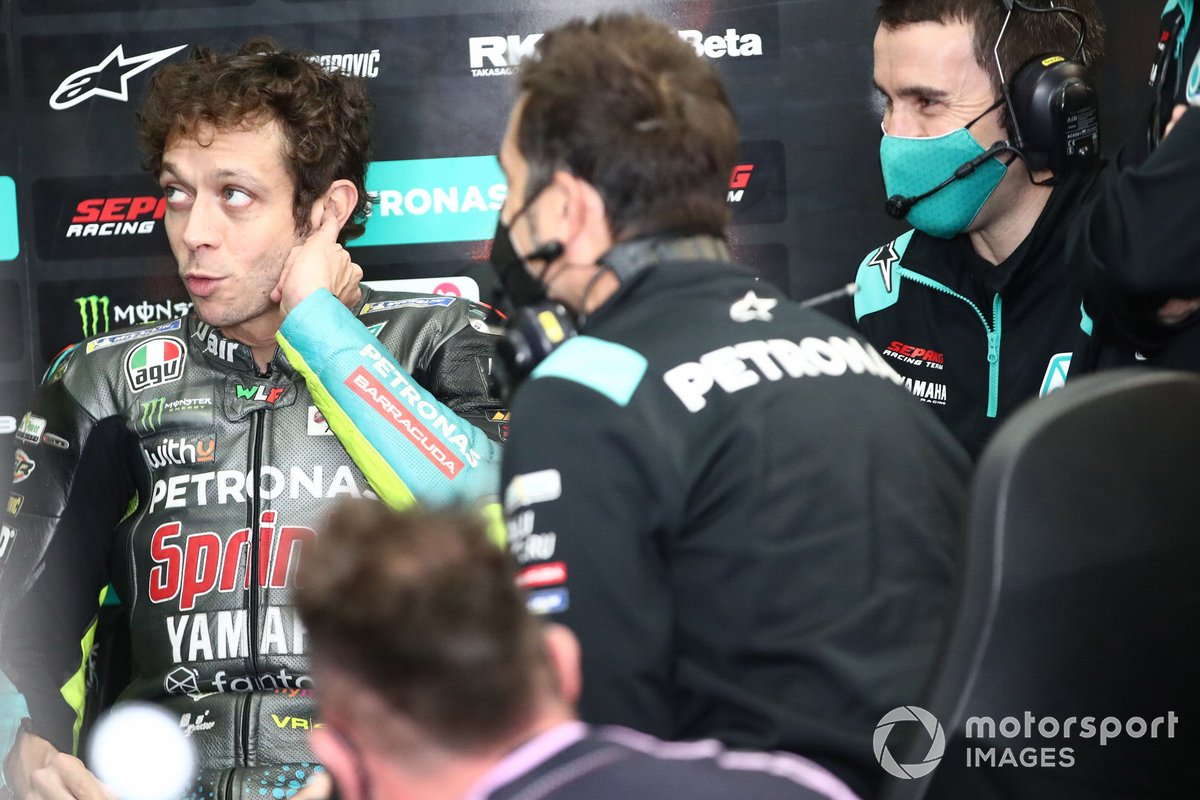 "I think that apart from the emotional moment, for me it's very important to try to make a good weekend, a good result, and to start in the top 10 was a good Saturday."

Rossi used Ducati rider and protege Francesco Bagnaia as a reference in Q2, but insists there was no pre-determined plan with his Academy rider.

"We didn't have a clear plan, I just start behind him and he see me, but he continued to push. So, thanks a lot to Pecco who helped me to improve my lap time."

Bagnaia's own qualifying was ended in the closing stages by a crash at Turn 2, which brought out the yellow flags and interfered with several rider's laps.

But Rossi says he wouldn't have been able to improve by much had Bagnaia not crashed, noting: "For me it was over because for me the good lap is the first lap with the rear tyre because already on the next lap I lost something.