The Ducati MotoGP squad has unveiled a revised livery for its 2021 Desmosedici at its official team launch presentation, with Lenovo becoming its title sponsor. 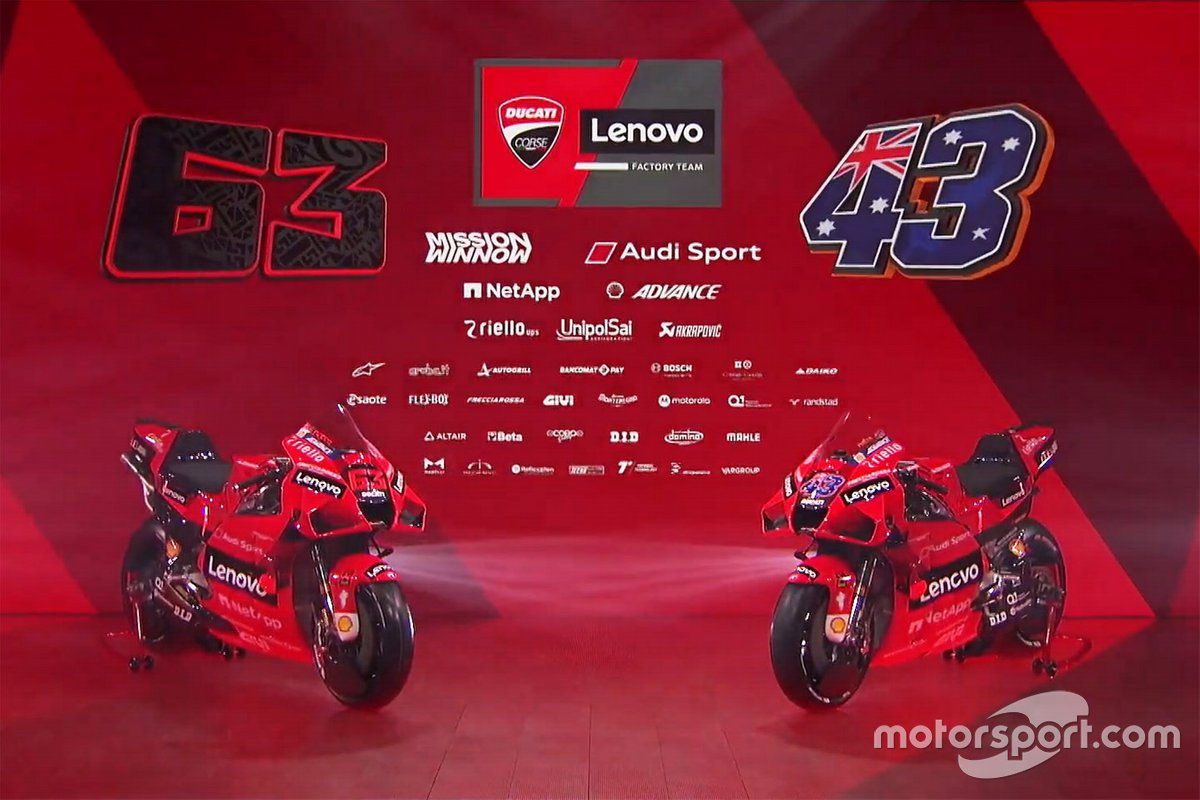 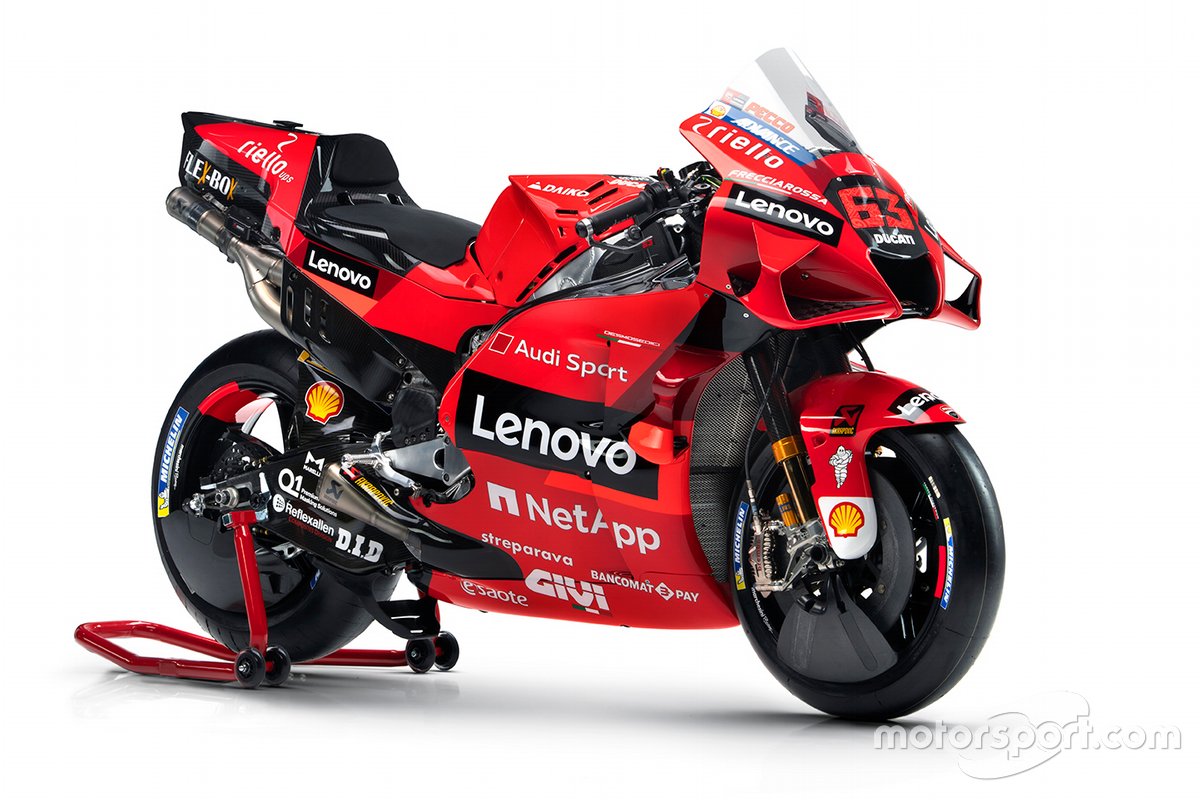 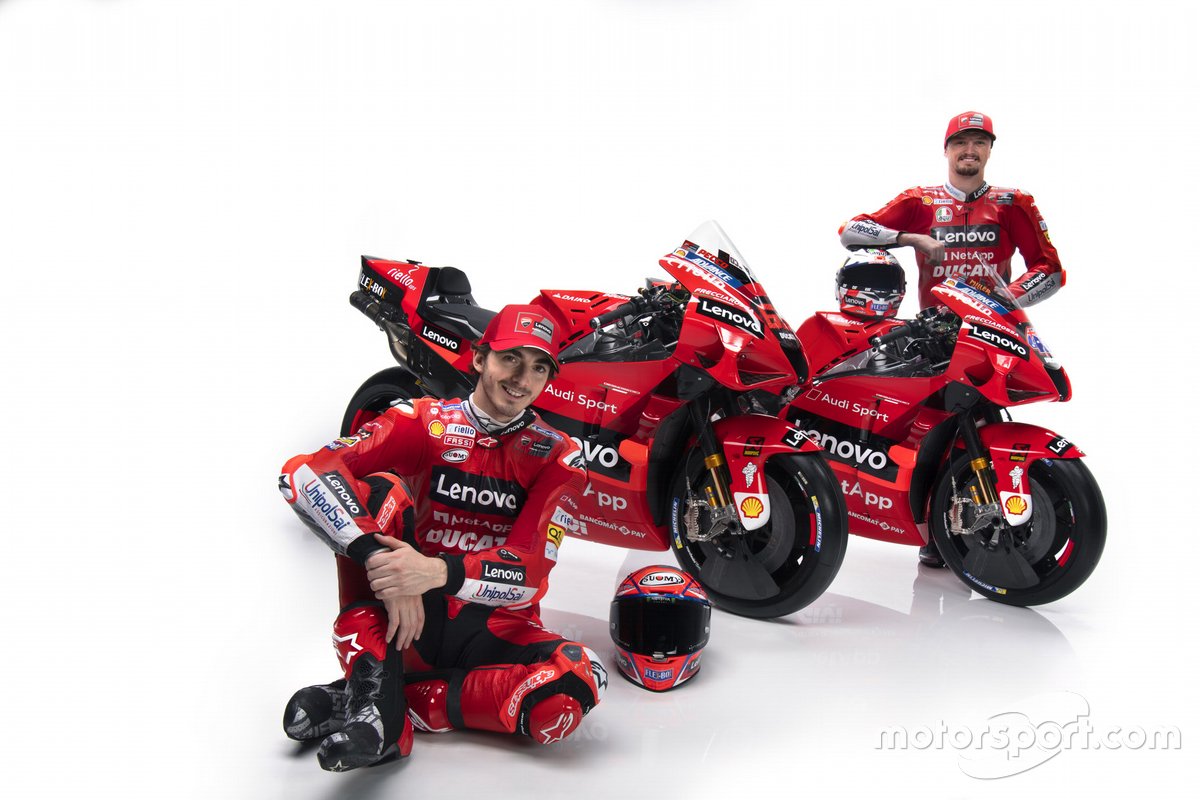 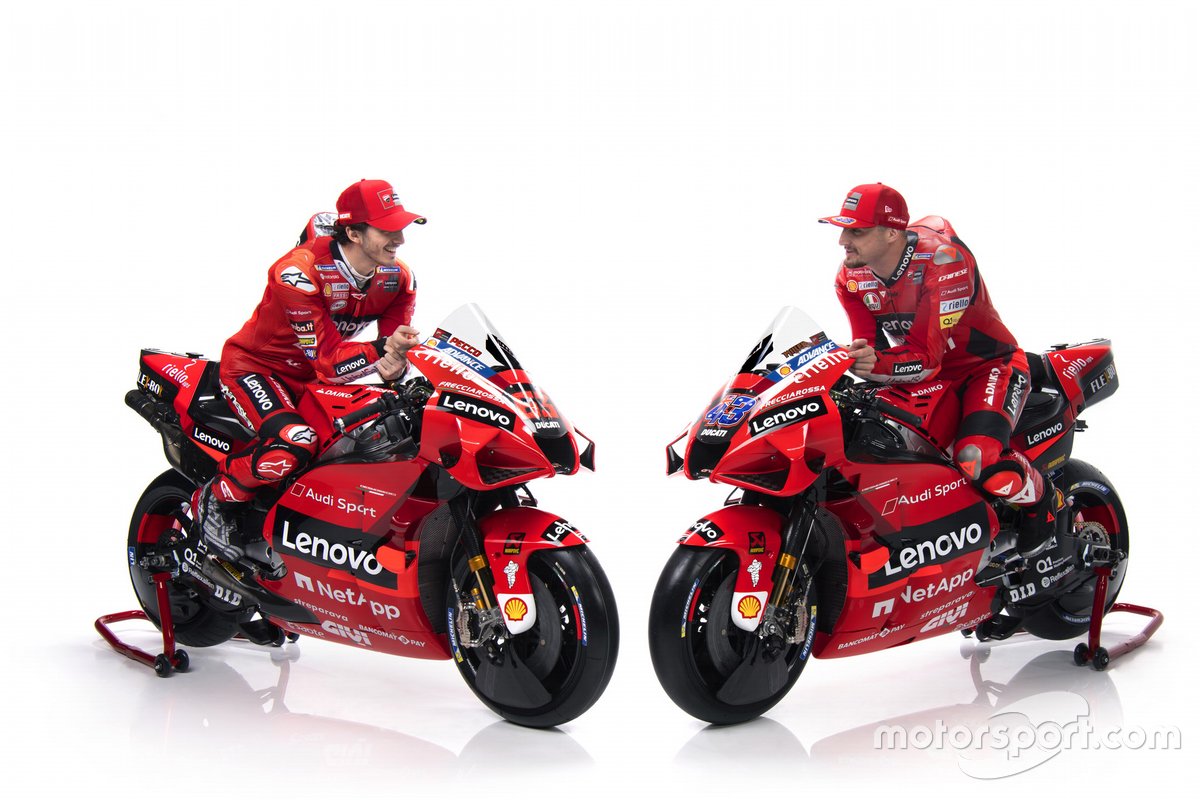 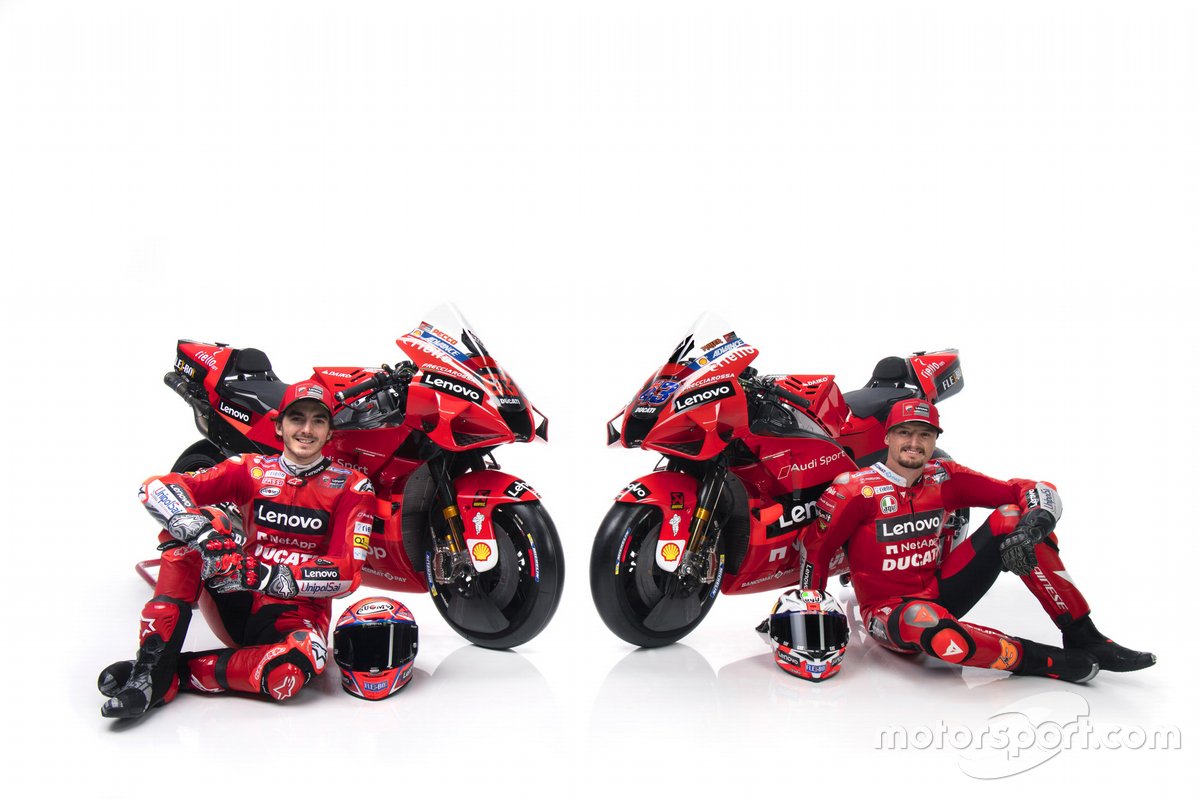 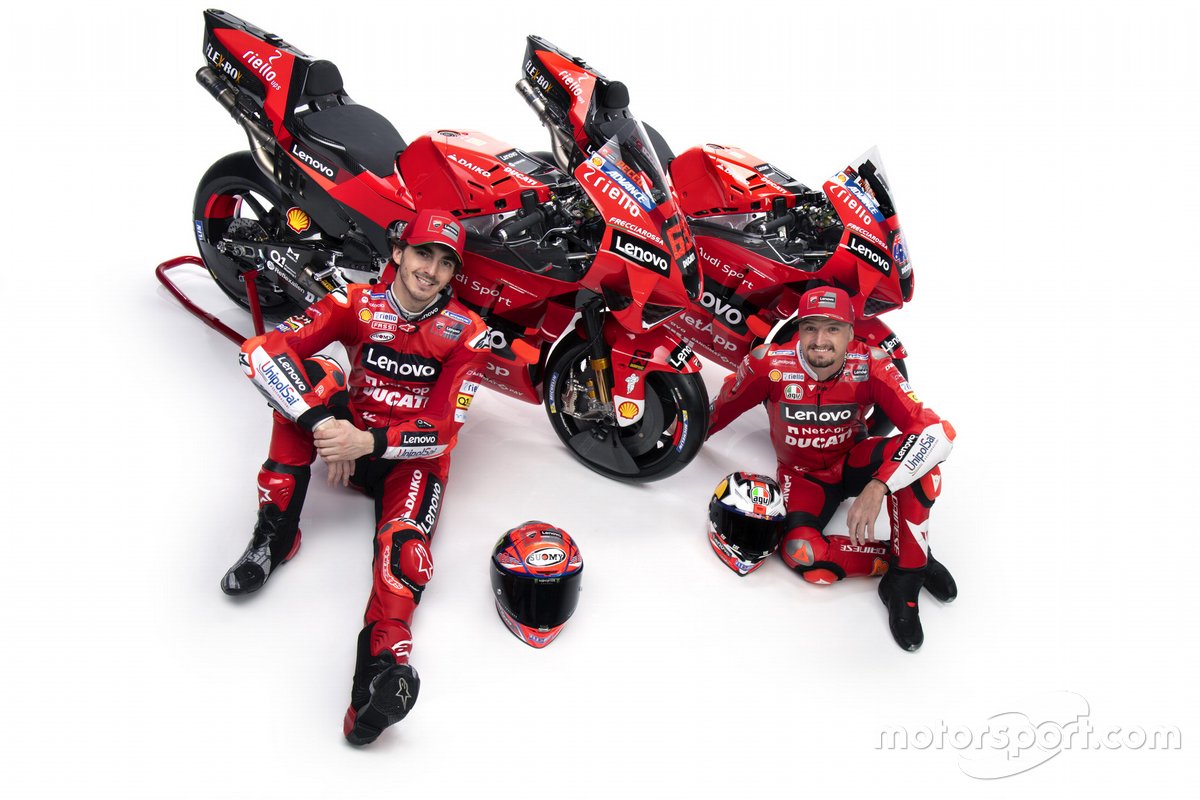 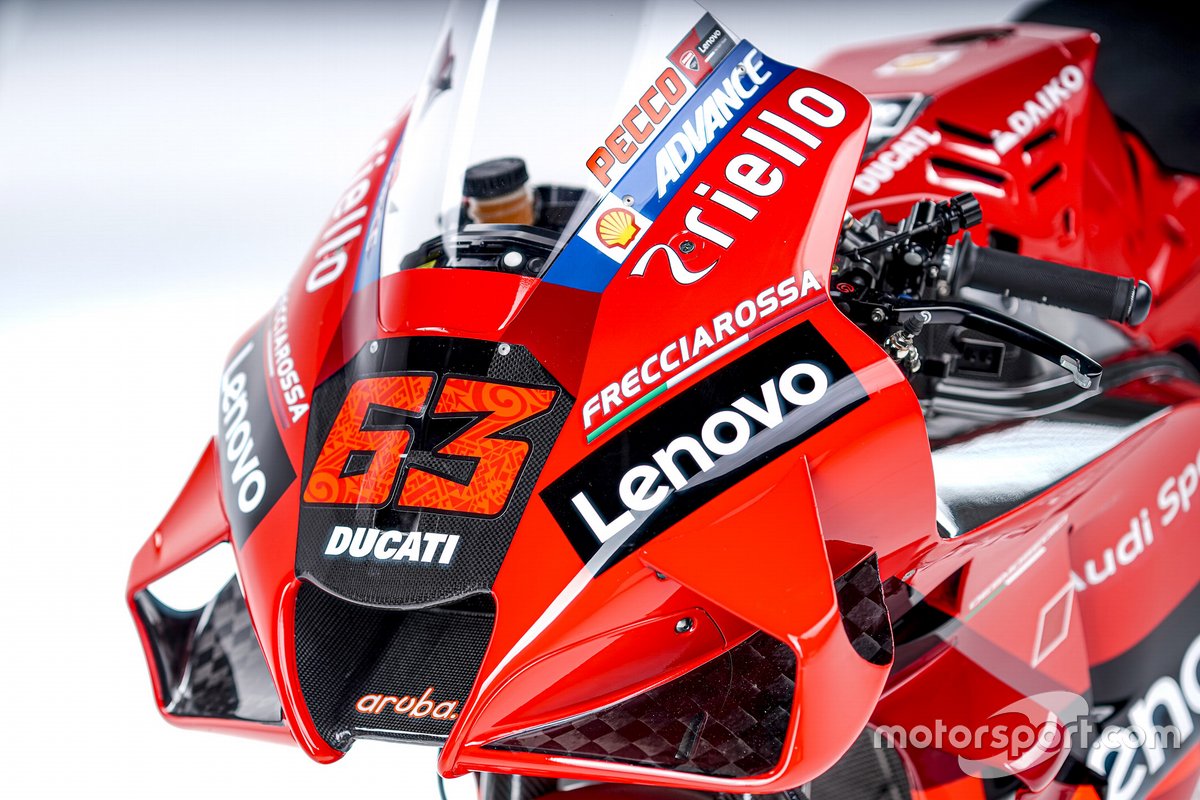 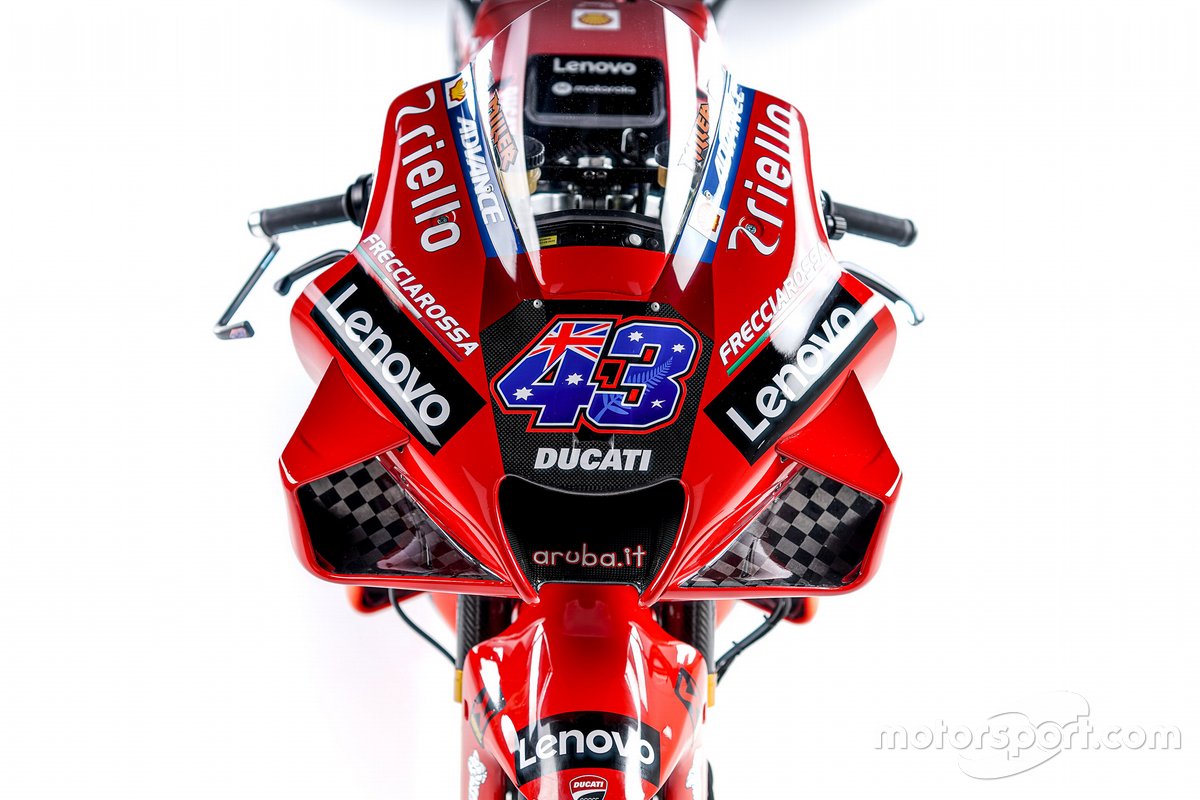 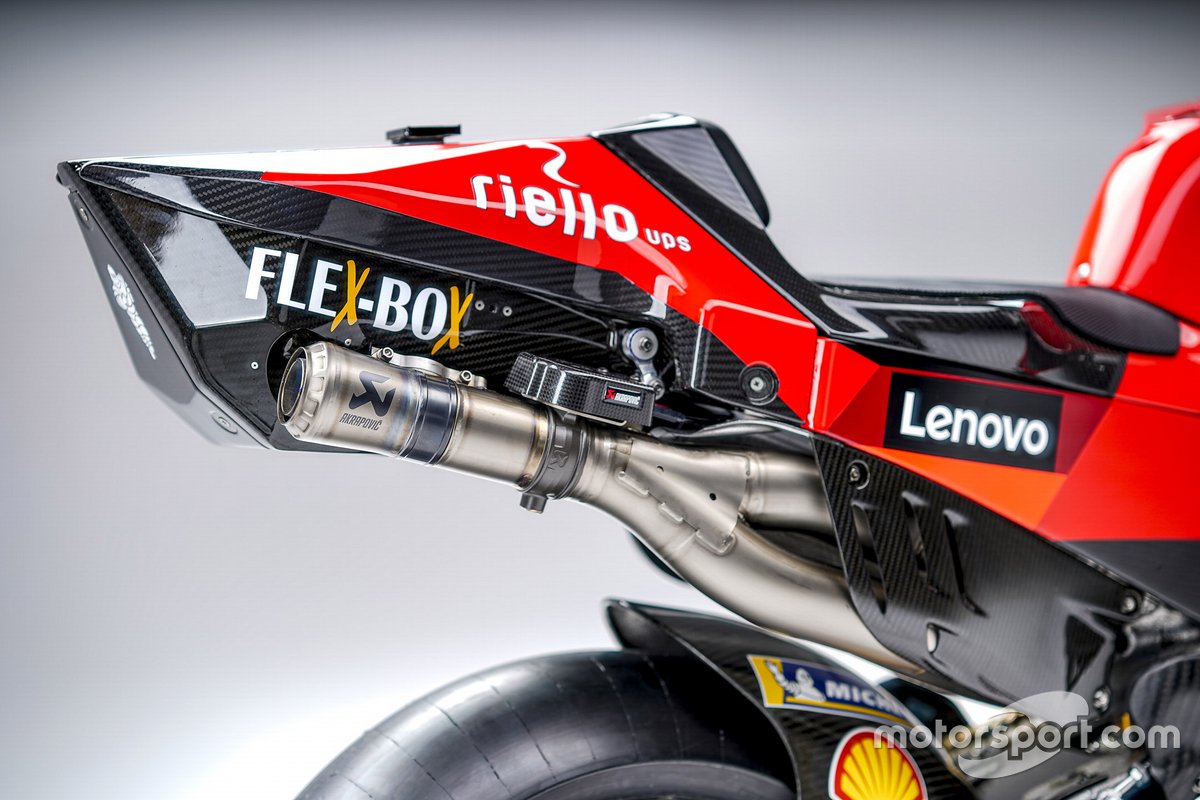 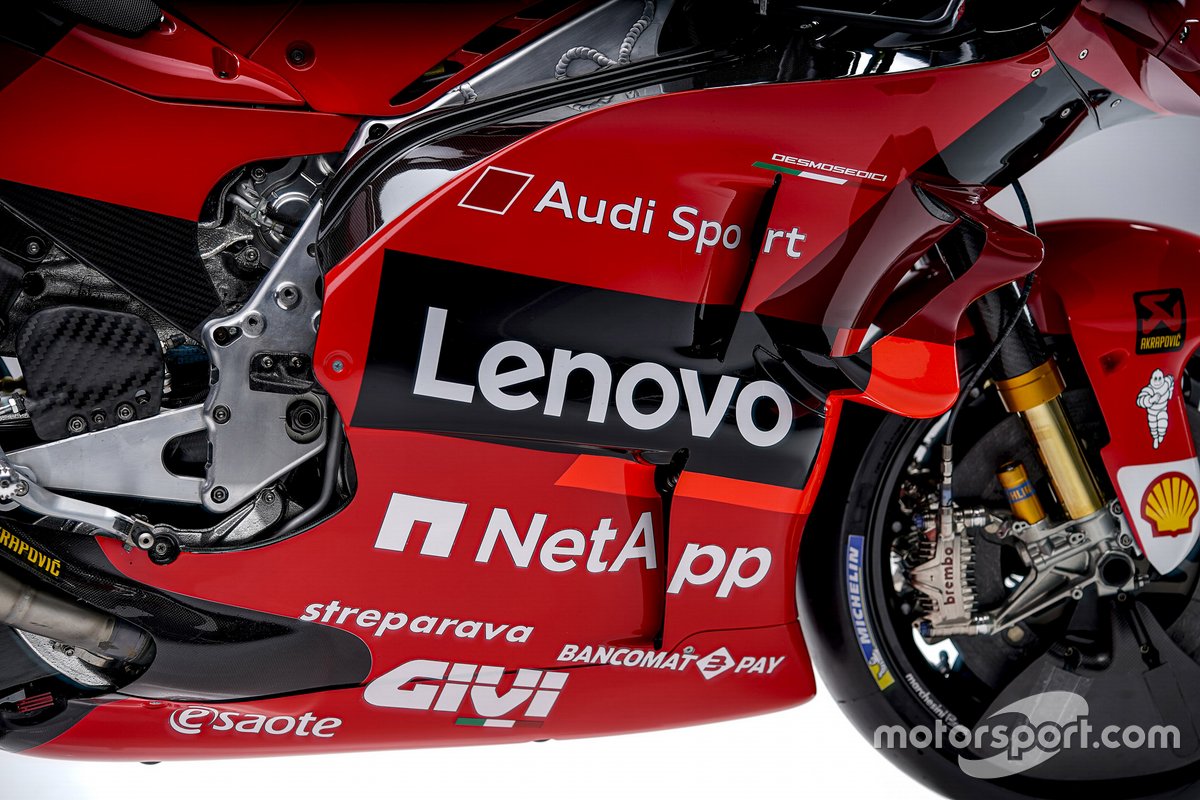 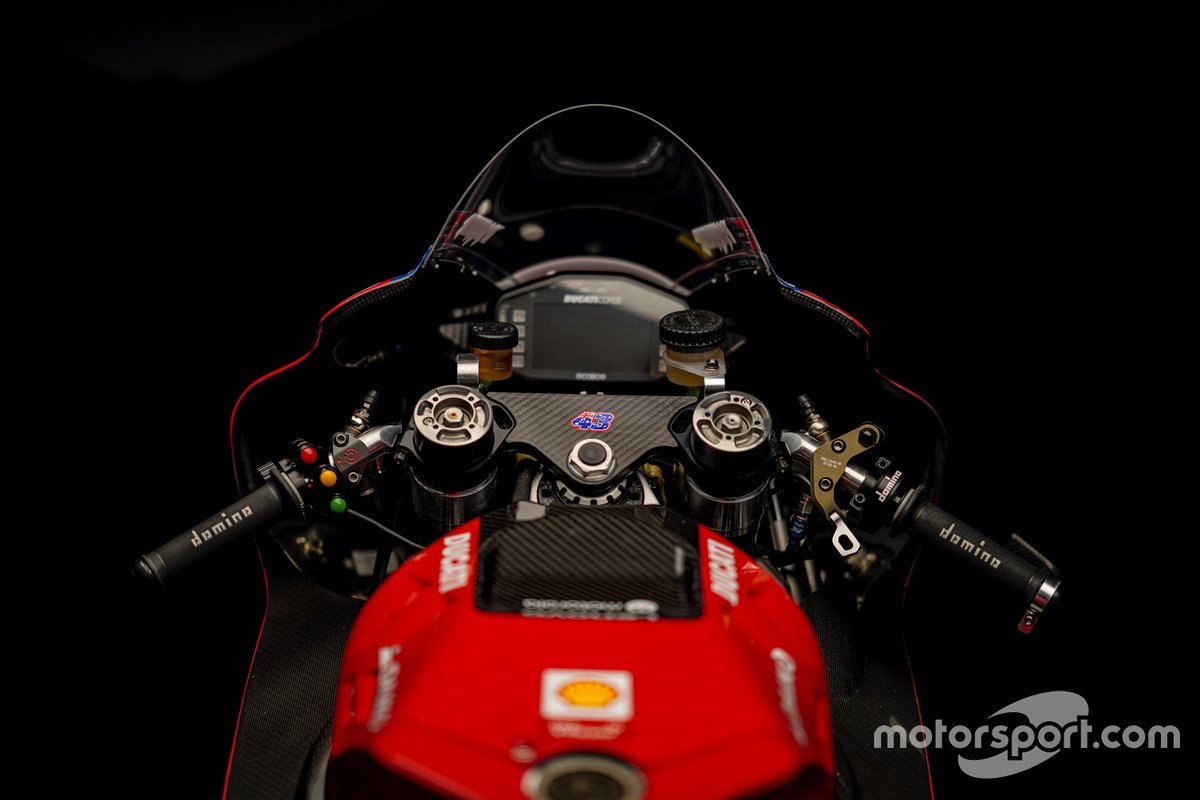 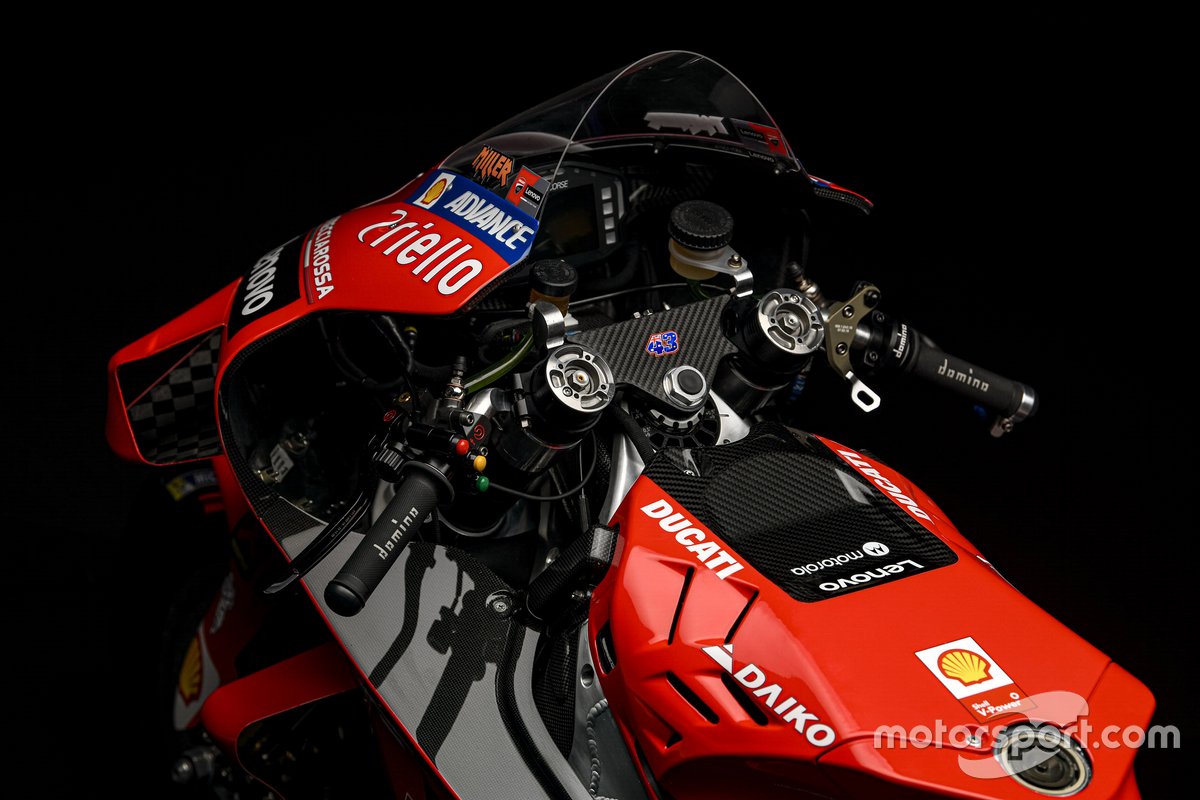 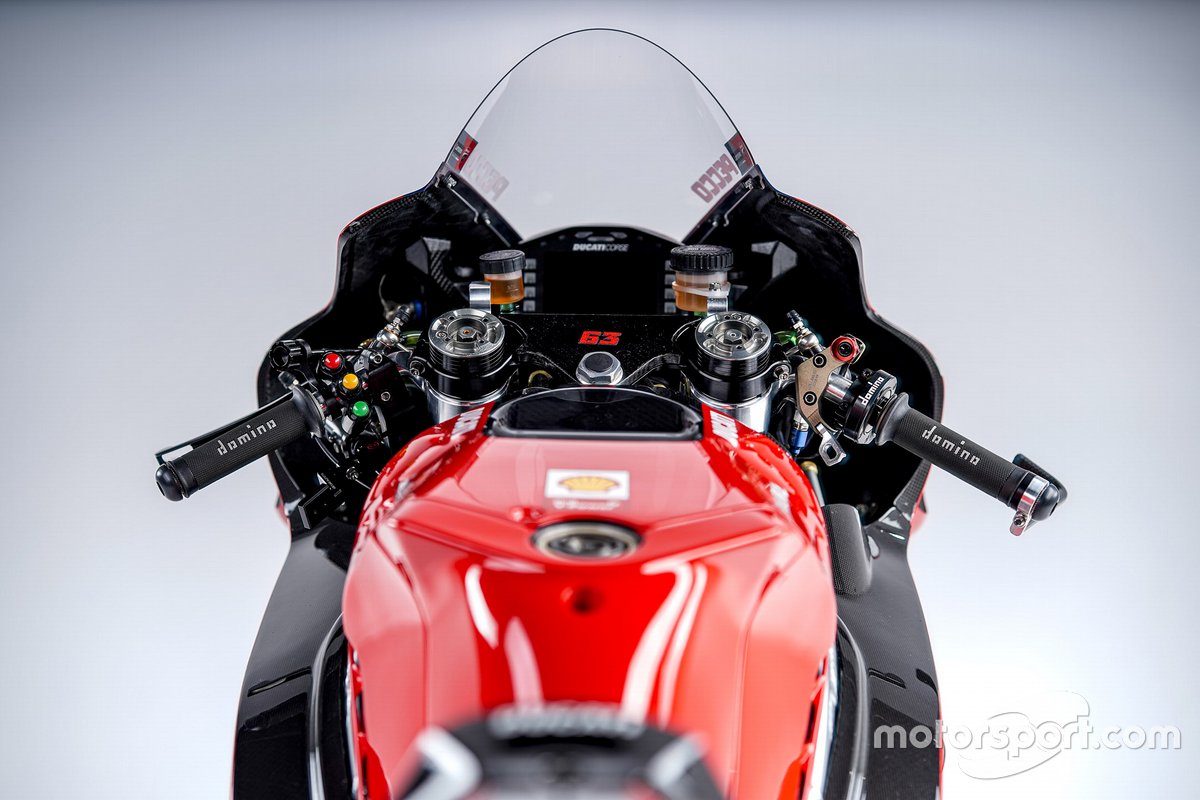 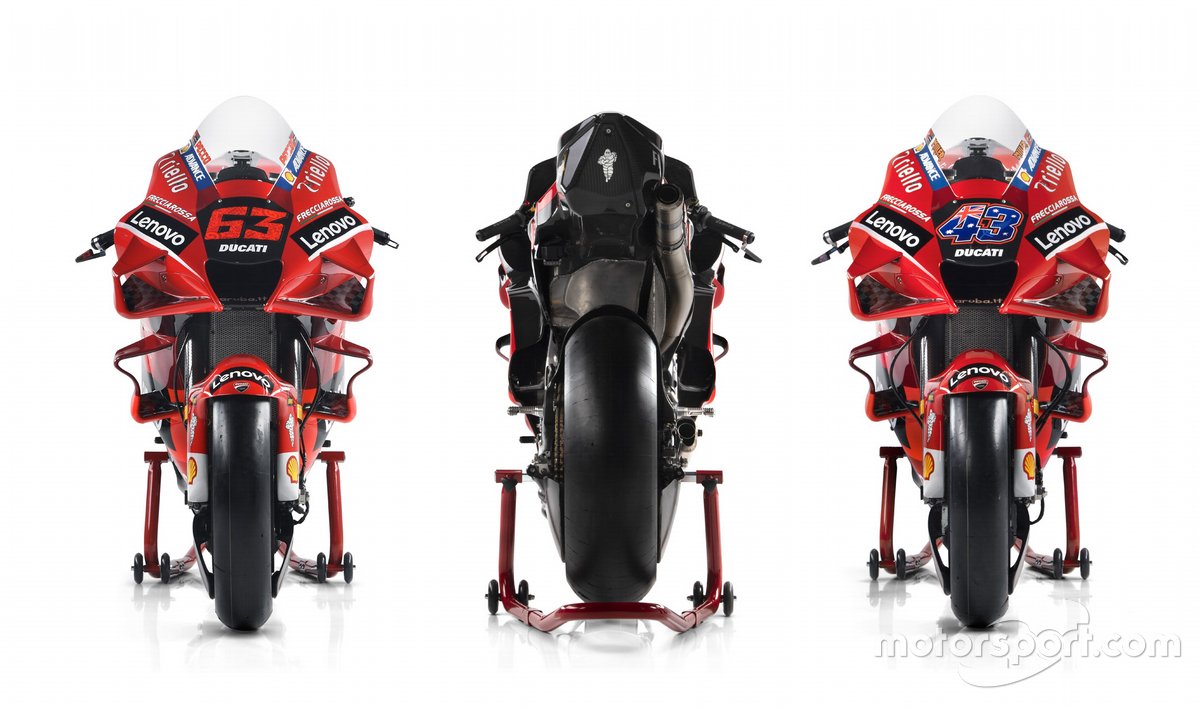 Ducati comes into 2021 with an all-new rider line-up at its factory squad, with Jack Miller and Francesco Bagnaia stepping up from Pramac (where both last year were works-supported runners).

Ducati will be looking to defend its constructors’ crown from 2020 and end a 13-season wait for another riders’ title.

Ducati will once again field six bikes on the grid in 2021, with the two factory team riders running alongside the works-supported Johann Zarco and rookie Jorge Martin at Pramac, and the all-rookie Avintia line-up of Enea Bastianini and Luca Marini on GP19s.

Avintia launched its season in Andorra last week, while Pramac is yet to announce its launch plans for 2021.

“There are times in life when you need a change, and I think now is the time to do that,” Ducati general manager Gigi Dall’Igna said of his new line-up.

“We’re betting on two young riders who have a lot of experience with Ducati and so in a certain sense there is continuity and I really believe in their talent.”

Team manager Paolo Ciabatti added: “Jack and Pecco were riders for the Pramac team and both have been brought into the official team.

“So I believe that deciding to freshen up the team by adding new resources was the right choice for the future.”

Ducati scored two victories in 2020 courtesy of Andrea Dovizioso in Austria and Danilo Petrucci in France, while Zarco, Bagnaia and Miller added six further podiums to the marque’s total haul of nine.

Due to COVID-19 cost-saving measures, Ducati’s 2021 bike (as is the case with Suzuki, Yamaha and Honda) will be largely carried over from 2020, with engine development frozen.

Once the season starts, one aerodynamic development will be permitted for each non-concession manufacturer, while normal update rules regarding chassis, suspension, etc will be allowed.