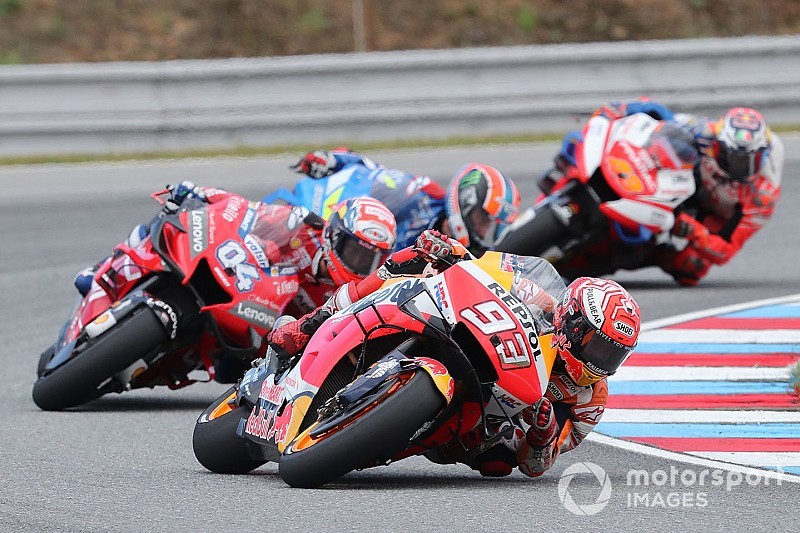 Andrea Dovizioso says MotoGP championship leader Marc Marquez's stunning recent form has "changed the management" of races, which has created a "crisis" for his rivals.

Marquez has won six of the 10 races run so far in 2019, giving him a 63-point lead over Dovizioso, and has made it into the top two in the last 19 races he has finished.

In last weekend's Czech Grand Prix, Marquez led from pole by a small margin for the first half of the race before upping his pace to build an advantage of over three seconds to Dovizioso.

The Ducati rider says Marquez's strategy for managing races has forced a change in approach for everyone on the grid.

“If we look at the results from the start of the season, Marc has only had victories and second places,” he said after finishing second at Brno.

“This is the reality. He and Honda are a little stronger and consequently they are putting everyone in crisis, not just us [Ducati].

“He is able to make race by putting himself in front and managing the pace, because he can afford it unlike in previous years.

“This has changed the management of the races and the tyres, and this has put everyone in crisis. He increases the speed a little, and when you have more speed you can do whatever you want.

“He is now adopting this strategy and doing good, because it puts everyone in a crisis.”

Dovizioso has yet to add to his victory taken at the season-opening Qatar race, though stands a good chance of doing so this weekend in Austria, where Ducati has never been beaten.

However, the Italian was quick to point out he was beaten to second by Marquez last year, and admits it won't be easy to prevent a repeat.

“It is a Ducati track,” Dovizioso said of the Red Bull Ring. “But last year he was finished in front [of me], so it won't be easy to beat him even if it is a very good track for us, because our bike works very well for the layout.

“We have to work as well as possible and find certain details to exploit in the race, because until now Marc has always managed to find solutions to beat everyone.” 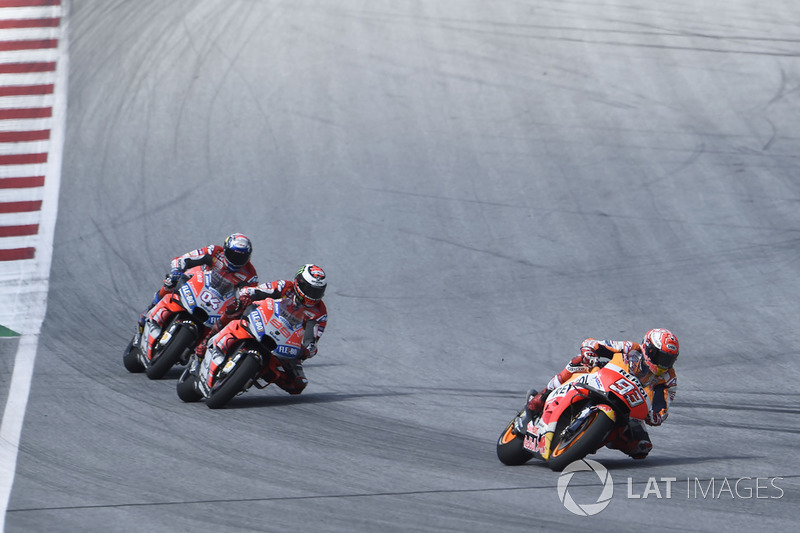